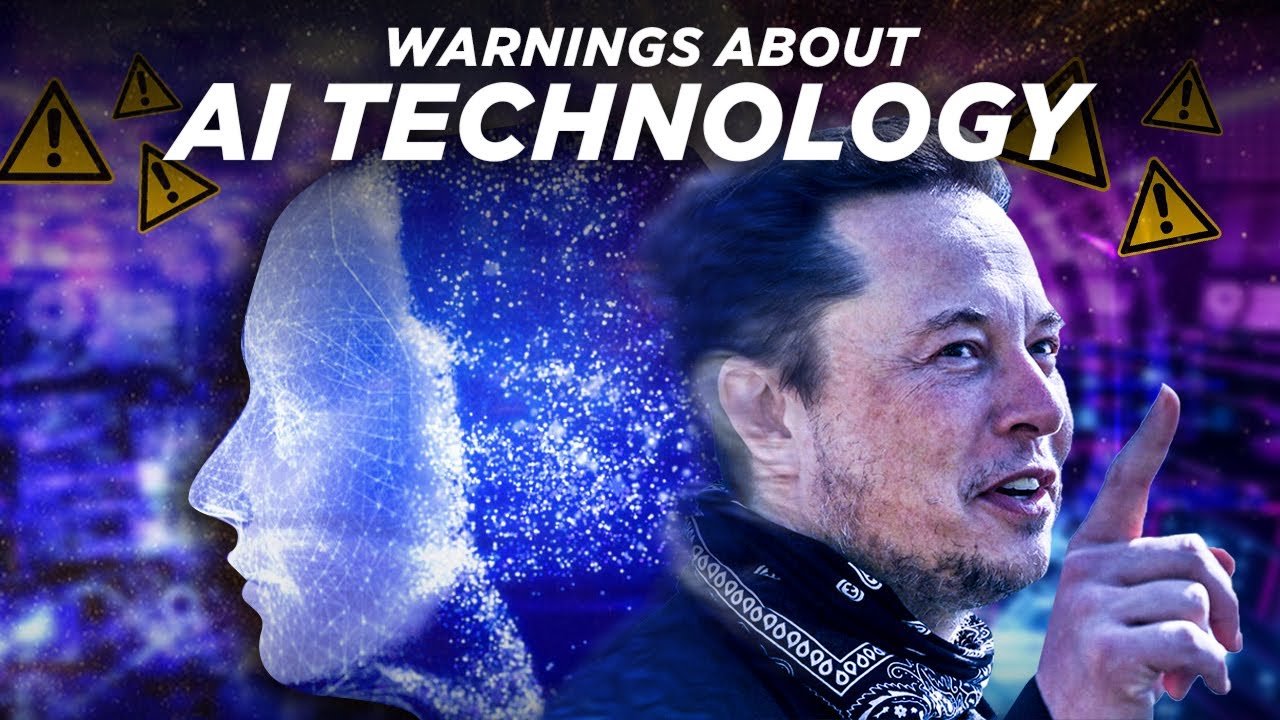 Elon Musk Warned About AI And It’s Now Happening: Musk, the tech entrepreneur, likes to think he understands a thing or two about artificial intelligence or AI, but the research community disagrees. Does Elon think AI can take over the world? Why does Elon Fear AI? What is coming our way?

The CEO of Tesla and SpaceX has frequently warned that AI will soon surpass human intelligence and that when it happens, we should all be terrified since humanity’s fundamental survival is at risk.

Several AI researchers from various firms have stated that Musk’s AI statements are improper and that the public should not take his views on AI too seriously. Even the most intelligent machines can only excel at a “limited” set of jobs, and human-level AI is still a long way off.

Musk has a long history with artificial intelligence, and he has a keen eye for perspective AI start-ups. Elon was one of the very first investors in DeepMind, a British AI company widely recognized as one of the absolute best in the world.

In January 2014, Google bought the firm for roughly $600 million, giving Musk and other early investors like PayPal co-founder Peter Thiel a nice return on their money. His motivations for investing in AI, aren’t only financial.

Musk warned that AI may be more deadly than nuclear weapons, just two months after DeepMind was bought, implying that his investment was made because he was concerned about where the technology was heading. The following year, he helped to launch OpenAI, a $1 billion AI research facility in San Francisco that competes with DeepMind and focuses on AI safety.

Musk has a comparatively new firm that aims to push the frontiers of artificial intelligence. Neuralink, which was launched in 2016, aims to combine people’s brains with AI with the use of a Bluetooth-enabled processor that fits in the skull and communicates with a person’s phone.

Musk’s AI investments have allowed him to stay connected to the sector he despises in many aspects. Although Musk has made multiple warning about AI over the years, he announced the manufacturing of a humanoid robot. You heard it right, Musk wants to develop a robot, and this may not be news to you since the announcement made headlines.

At Tesla’s Artificial Intelligence (AI) Day, Musk said that the electric car business will construct a humanoid robot prototype named the Tesla Bot. The robot would stand 5-foot-8, weigh 125 pounds, have human-like hands and feet, have a visual sensor to let it “see,” and eventually seek to remove “dangerous, repetitive, monotonous activities,” according to the presentation’s briefing slides.

Indeed, Musk stated that the choice to develop “Optimus” the tesla bot, was inspired not by specific production demands but rather by the fact that Tesla now has the potential to do so and that they have already begun creating elements of the vehicle.

He also expressed a questionable belief that, if required, humans could defend themselves against the Tesla Bot while simultaneously expressing that he hoped this would not be necessary. The prototype, according to Musk, will be ready in 2022, which means this year!

However, the billionaire entrepreneur is infamous for exceeding his own publicly declared timetables on huge, showy projects. For example, Musk pledged in 2016 that complete self-driving vehicles would be available by 2018, and when that didn’t materialize, the billionaire entrepreneur vowed that Tesla would provide 1 million “Robotaxis” on the roads by 2020. Soon after, on Tesla’s first-quarter results call, he tempered his tone, admitting that timeliness was not his strongest suit.

While Musk is well-known for his support and development of artificial intelligence, he has long been critical of the rate of growth in robotics, frequently mentioning a film that came out when he was just 13 years old.

Musk states that he loves to keep an eye on what is going on in the field of artificial intelligence. Musk has stated that Tesla’s self-driving cars will be available for purchase as soon as they receive regulatory permission in the United States.

It’s unclear how his robot would interact with regulators, but Musk felt compelled to add that they were “friendly.” Elon has confessed on multiple occasions that the possible AI apocalypse is, in fact, one of his biggest fears ever!

A lot of other industry heavyweights, like Microsoft’s Bill Gates, believe super-intelligent robots will exist one day, although they prefer to be a little more polite when discussing their ideas in public. Musk, on the other hand, doesn’t mince words.

From saying that the probable reason for the third world war would be artificial intelligence in response to Russian President, Vladimir Puttin’s claim about the first global leader in AI indirectly becoming the rulers of the world; to warning humans how unemployment would reach its peak since robots or other AI would be better than humans at practically everything.

It’s true; he predicts that artificial intelligence will dominate humans in the next several years. This forecast represents a considerable modification of prior predictions for the so-called technological singularity when machine intelligence surpasses human intellect and advances at an unfathomable rate.

Musk could have stopped there, but he added that he had exposure to the world’s most cutting edge Artificial intelligence and coining in his idea of fully autonomous transport, about which we have mentioned a lot previously.

Musk also got into a feud with Mark Zuckerberg regarding this. In a rare public clash with another tech leader, Facebook CEO Mark Zuckerberg accused Musk of scaremongering and claimed his remarks were “irresponsible.” Musk reacted by claiming that Zuckerberg was unfamiliar with the topic.

Unfazed by the interaction, Musk declared AI to be a greater threat than North Korea in August 2017 and stated that humans should be more concerned about the emergence of robots than they are. Facebook’s Mark Zuckerberg isn’t the only one who has questioned Musk’s AI beliefs.

Former DeepMinder Edward Grefenstette has questioned Musk’s statements on several occasions. Facebook employees aren’t the only ones who disagree with Musk on AI.

Musk reiterated his 2014 statements in March 2018 at the South by Southwest tech conference in Austin, Texas, saying that artificial intelligence is considerably more hazardous than nuclear weapons and that a regulatory body should regulate the development of superintelligence.

Because Musk believes AI is a one-of-a-kind situation, we should be proactive rather than reactive when it comes to regulation. He believes that by the time we respond to AI legislation, it will be too late. While most of you may think he’s right, scholars believe that there is a problem way worse than this that should be feared.

The fact that the current forms of stupid or even narrow artificial intelligence can be easily abused and manipulated to be used in ways that are life-threatening. David Ha, who is a researcher working with Google Brain, says that Musk should be concerned about how AI can easily replicate unethical human activities.

It poses a massive threat through mass population control via propaganda bot armies. These threats are way worse than what Musk had to talk about. Machine-learning algorithms are already being used in a variety of dubious areas in the United States, including assisting in the sentencing of criminals.

Only a tiny percentage of AI researchers have these extreme views on the subject. However, because of Musk’s notoriety, they are heard by large audiences, which irritates others working on serious AI research.

In other words, Musk’s remarks are at the very least attracting attention to a little-discussed problem. While some believe the billionaire and others simply ignore his warnings, we cannot disagree that he certainly has made some points that seem valid, and cannot be disregarded, What do you think about Musk’s views on Artificial intelligence, and do you believe that an AI apocalypse is probable?

Thanks for reading till the end. Comment what’s your opinion about this information “Elon Musk Warned About AI And It’s Now Happening“.