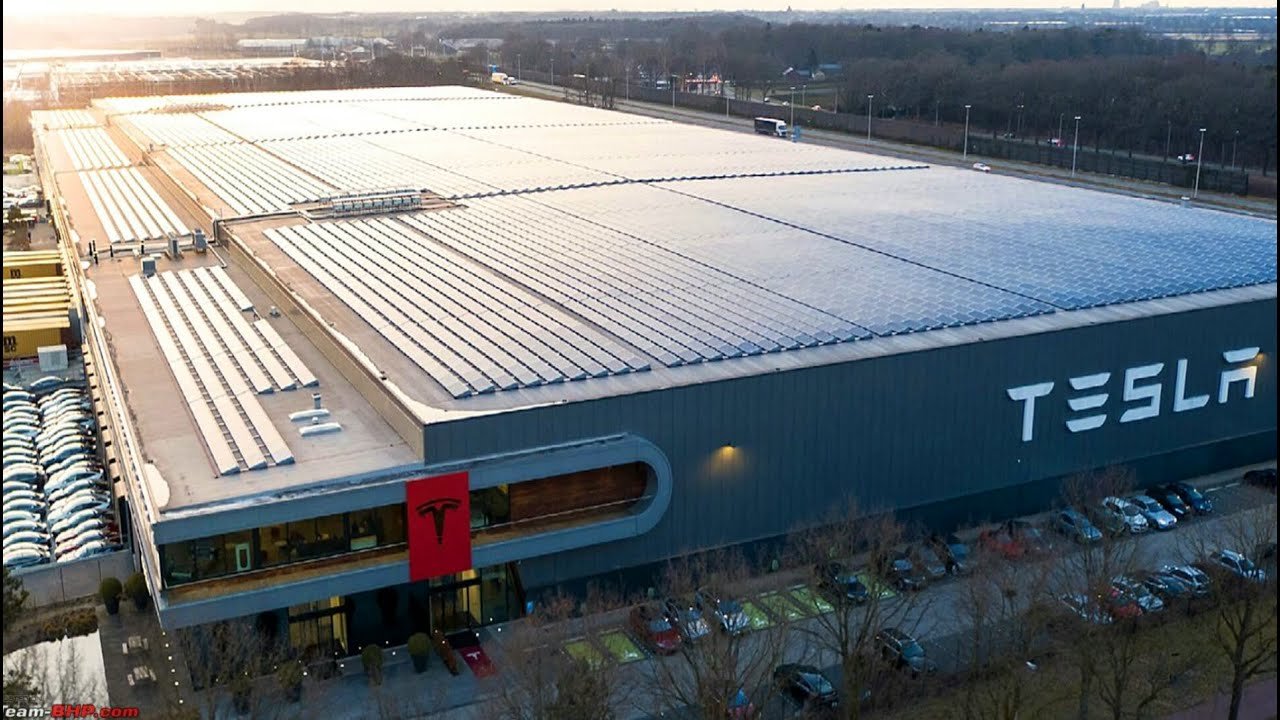 How does Tesla Build its Gigafactories So rapidly? – 2022: Did you know that Tesla`s Shanghai Gigafactory of 9,300,000 square foot land and production capacity of over 500,000 cars per year- was built in just 168 working days? How does Tesla manage to build its factories so quickly?

In today’s article, I will be revealing the techniques Tesla is using to disrupt the construction industry all over the world by managing to turn a patch of land into gigantic Gigafactories within a seemingly-impossible short amount of time.

Now, from being a relatively unknown company a few years ago and riding on years of loss to now becoming the most valuable automaker in the world, through innovation, Tesla has achieved tremendous success in the automobile industry within a short period of time – the kind of success that their competitors can only dream of.

Well, we may somehow be getting used to Elon Musk’s success and daring achievements in the automobile and AI industry as his companies keep breaking new grounds and delivering on their seemingly insurmountable goals in record time.

If you’re to describe Tesla with two words, those words will have to be: Innovation and Speed. And that’s exactly what they need to employ if they’re to achieve their goal of transforming the world’s energy usage and liberating it from the dangers of fossil fuel and shifting it towards clean renewable energy in the coming years.

According to Elon Musk, to accelerate the transition to sustainable energy, we need to produce more electric vehicles, they need to be affordable, and we need to build a lot more energy storage while building factories faster and with far less investment.

Talking about building factories, it means having factories on each habited continent of the world so the production plants will be closer to the consumers. That way, they can build the batteries, solar panels, and cars fast and quickly ship them out to consumers locally while reducing the distance the cars have to travel and keeping costs low.

However, the problem is that conventional construction methods and processes are relatively slow. From waiting months or years for designs, approvals, local permits, and then the years it will take for the main construction to be completed.

Well, that doesn’t go well with a company looking to build multiple Gigafactories as fast as possible. So a better means that can guarantee fast and predictable turnout no matter the constraint and context have to be devised somehow. So, how did Tesla manage to erect a 210-acre Gigafactory in less than half the time it would have taken others to build the same? Here’s how they did it:

How did Tesla Manage Their Gigafactory

Firstly, they’ll have to eliminate the need to reinvent the wheel every time they need to build a new Gigafactory and one way they did is by developing a universal construction manual that will be used as a template for all the factories they will be building.

This means no need for going through the design phase from scratch every time a new factory needs to be built like it’s done for most one-off building projects, thereby saving a tremendous amount of time. All they’ve to do is look at the template, make adjustments to fit the context and conditions of the local site, and then start the building process.

This template is developed with the knowledge and data gathered from thousands of production hours expended at their Fremont factory operations which is their first factory bought from General Motors and developed into one of the world’s most advanced assembly plants, coupled with months of studying the efficiency of the assembly line.

The manual includes information such as the kind of machinery, approval processes, the building components, how those components work together, and where each component goes to build a factory that will work effectively for their business.

While the design template is one of the major factors that helped Tesla build its factories so fast, the actual construction method and the process employed during the on-site work is what moves the needle the most. They use prefabricated construction techniques.

This prefabrication is when a building’s elements are manufactured in factories and transported in pieces to the building site in order for them to be assembled together on-site – thereby saving time and cost it will take to build those things on-site and it also ensures consistency in quality.

While that’s no new thing in construction, this kind of off-site method of construction is commonly used for housing, and it’s rare to see it being used for large-scale commercial and industrial buildings – although they’re now on the rise.

Most of these prefabricated components are being transported by train and trucks depending on the size of the components and the transportation system in the region the factory is being built.

For example, at Giga Berlin, which is built to manufacture Model S, Model X, and Model Y cars and every other renewable energy products Tesla has developed so far, thousands of the roofs and wall elements used in the construction of the factory have been arriving by train which is reported to go at about 1200 tonnes at a time.

However, at Giga Shanghai, which is one of the most impressive Gigafactories so far being used as a precursor for the Giga Berlin’s construction, only truck deliveries were possible.

Although in July 2020, Elon Musk praised Germany’s construction sector as a leader in off-site building techniques with around 9% of construction projects in the country now using off-site techniques, however, the construction of the Giga Berlin didn’t go exactly straightforward as you might think it should.

The original design for the Giga Berlin is supposed to have about 15,000 concrete piles, however, that design has to be revised after protests erupted in Berlin from environmentalists who were concerned about the impact of the proposed structure on their groundwater and the state of their forest.

Therefore, Tesla had to revisit the plan by cutting the number of piles needed from 15,000 to just 500. This means only the press shop is built on a pile foundation and the rest of the Gigafactory structure is built on different kinds of cast foundation.

Apart from the resistance from the local activists, another problem Tesla may face with Giga Berlin is that instead of waiting for the final permit from the government, to save time, Tesla opted to commence the construction of the Giga Berlin with just preliminary approvals.

This means they’re building at their own risk and if perchance the final permit is not granted, then Tesla will be forced to uproot their factory and find a way to replace the forest trees they removed during the construction process – although there’s a slim chance of that ever happening and the final permits are expected to be signed before the end of 2020.

Another factor that has helped Tesla build its factories so fast is the process through which the construction team works together during the final assembly on site.

Each of the construction assembly processes is sequenced in a way to avoid downtimes with teams following each other and starting the next step of the building process simultaneously without one team depending on another’s completion before commencing their own portion of the project.

And another noteworthy thing is that these Gigafactories are also designed in a way that will allow for them to be expanded easily when the need arises in the future – which is more likely to happen with the skyrocketing demands for Tesla’s products.

It’s only a matter of time before they’ll need to scale their production capacity. Despite the inevitable local challenges, Tesla has developed a system for fast Gigafactory building that it can repeat and adapt for future projects, moving it closer to achieving its mission of “terawatt-hour” levels of battery production.

And surely, the construction firms already using off-site construction techniques can take a tab and learn from what Elon Musk and Tesla are doing with their Gigafactories. Where do you think Tesla should be looking to erect their next Giga factory in order to meet their factories on each continent’s goals? Please share your thoughts in the comments below.

Thanks for reading till the end. Comment what’s your opinion about this information “How does Tesla Build its Gigafactories So rapidly? – 2022“.

8 thoughts on “How does Tesla Build its Gigafactories So rapidly? – 2022”