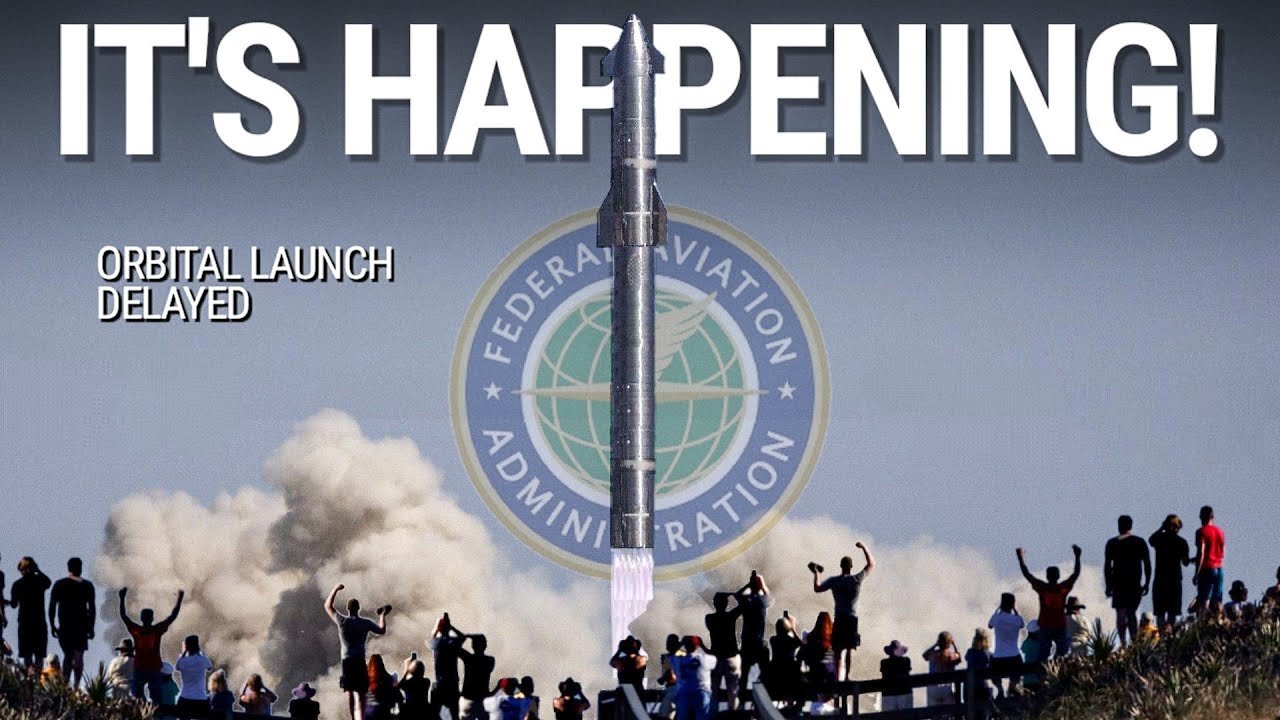 It evaluates the potential environmental impacts of SpaceX’s Starship/Super Heavy development program, which involves ground testing and launching up to 20 methane-fueled spacecraft annually. Completing an environmental review is required for SpaceX to apply for a Starship/Super Heavy flight license, to conduct an orbital flight test that was planned for January or February 2022.

The US Federal Aviation Administration says it’s at least two months behind schedule on an environmental review, that must be completed before SpaceX will be allowed to attempt the first orbital Starship launch attempts.

In mid-November, the FAA revealed plans to complete SpaceX Starship/Super Heavy Launch Vehicle Program” programmatic environmental assessment, a review that can be built upon down the road – by December 31st, 2021, officially delaying Starship’s first orbital launch attempt into 2022.

Based on the lack of updates from the FAA and progress with the Starship and booster assigned to the mission, that delay was already largely expected, but the rare update nonetheless confirmed it with certainty.

Now, less than a month and a half after the FAA announced its Dec 31st target, the agency has waited until three days before that estimated deadline to announce, that it will take at least two more months to complete the review. Now, the first Starship will fly to orbit until no earlier than March, because SpaceX’s Starship launch site FAA environmental assessment completion was delayed, until the end of February.

Once a company files an application, it can take the FAA up to 180 days to review it. This process involves a huge amount of testing and verification before they can give the all-clear. The assessment is broken down into 4 different regulatory parts, each with its own set of strict safety requirements.

This week, the U.S. Federal Communications Commission granted SpaceX a license to communicate with Starship, via ground-based antennas to receive data during the first orbital flight test, set to occur early next year. According to the FCC filing, SpaceX targets to conduct the orbital flight after March 1, 2022.

However, the company is still pending regulatory approval from the U.S. Federal Aviation Administration, which is currently performing an environmental review of the Starbase launch site, in South Texas, to ensure safe spaceflight operations.

SpaceX will be able to apply for an FAA spaceflight license once the environmental assessment is complete, the deadline is February 28th. The FCC application shows the orbital launch could take place anytime between February 28, 2022, and March 30, 2022, from SpaceX’s testing facility in Boca Chica, Texas.

However, the Musk-led company still needs to wait for the Federal Aviation Administration, to complete its environmental assessment before Starship can leave the ground. Somewhat insultingly, in its official statement on the delay, the FAA appears to attempt to implicate the review of “over 18,000 public comments” received during a comment period as a source of those delays.

That six-week comment period ended on November 1st, weeks before the FAA published its first December 31st target date. In other words, for comment reviews to be responsible for any of the new delays, the FAA’s environmental compliance group would have had to underestimate the amount of work, required to complete that process by at least 100%.

Not all that encouraging for an agency in which precision and accuracy are of the utmost importance. The real delays, which the FAA acknowledges in much less detail, are likely the result of “continuing consultation and coordination with other agencies at the local, state, and Federal level.”

In the FAA’s defense, some of those delays may technically be out of its control if slow responses from other agencies are partly to blame. Nonetheless, it was the FAA’s decision to wait from November 2020 to June 2021, to actually proceed with SpaceX’s Starship environmental assessment, which the company officially began drafting in March 2021.

Had the FAA started work on the PEA in earnest several months prior, which appears to have been well within its power, SpaceX’s extremely limited orbital Starship PEA might already be complete, allowing the agency to begin ensuring that SpaceX “meet FAA safety, risk, and financial responsibility requirements.”

Originally said to be no earlier than July 2021 and almost every subsequent month since, by Elon Musk, the CEO’s most recent estimate was January or February 2022. According to a relevant NASA research project published a month prior to Musk’s estimate, the space agency anticipated Starship’s orbital launch debut no earlier than March 2022.

Now that the FAA doesn’t expect to complete Starship’s orbital-class PEA before February 28th, 2022, March or April 2022 appears to be a more accurate NET. That will give SpaceX another three months at minimum to – just maybe – finally complete Super Heavy B4’s aft assembly, qualify and fill the methane side of Starbase’s orbital-class tank farm.

Perform several unprecedentedly ambitious wet dress rehearsals and static fires, really make sure Ship 20 is ready for flight, and activate the orbital launch tower’s massive chopstick arms. Meant to eventually catch rockets out of the air, but also necessary for SpaceX to install Starship on top of Super Heavy. But now, SpaceX needs the green light from the FAA.

The company told the FCC that its objective for the first orbital flight test is “to collect as much data as possible during flight, to quantify entry dynamics and better understand, what the vehicle experiences in a flight regime, that is extremely difficult to accurately predict, or replicate computationally,” SpaceX said.

“This data will anchor any changes in vehicle design or concept of operations, after the first flight and build better models for us to use in our internal simulations.” The assessment looks at the environmental impacts of SpaceX’s initial mission profile and reviews debris recovery, local road closures in Boca Chica, Texas, where the firm’s launch site is located, and other issues.

The Starship program aims to develop vehicles for the interplanetary travel of cargo and humans to the moon, Mars, and beyond. However, the Musk-led company still needs to wait for the Federal Aviation Administration, to complete its environmental assessment before Starship can leave the ground.

To perfect the rockets, SpaceX plans to conduct several test launches over the next few years, all of which will require a permit or vehicle operator license from the FAA.

Thanks for reading till the end. Comment what’s your opinion about this information “Why FAA Delaying SpaceX Starship Orbital Launch Flight“.