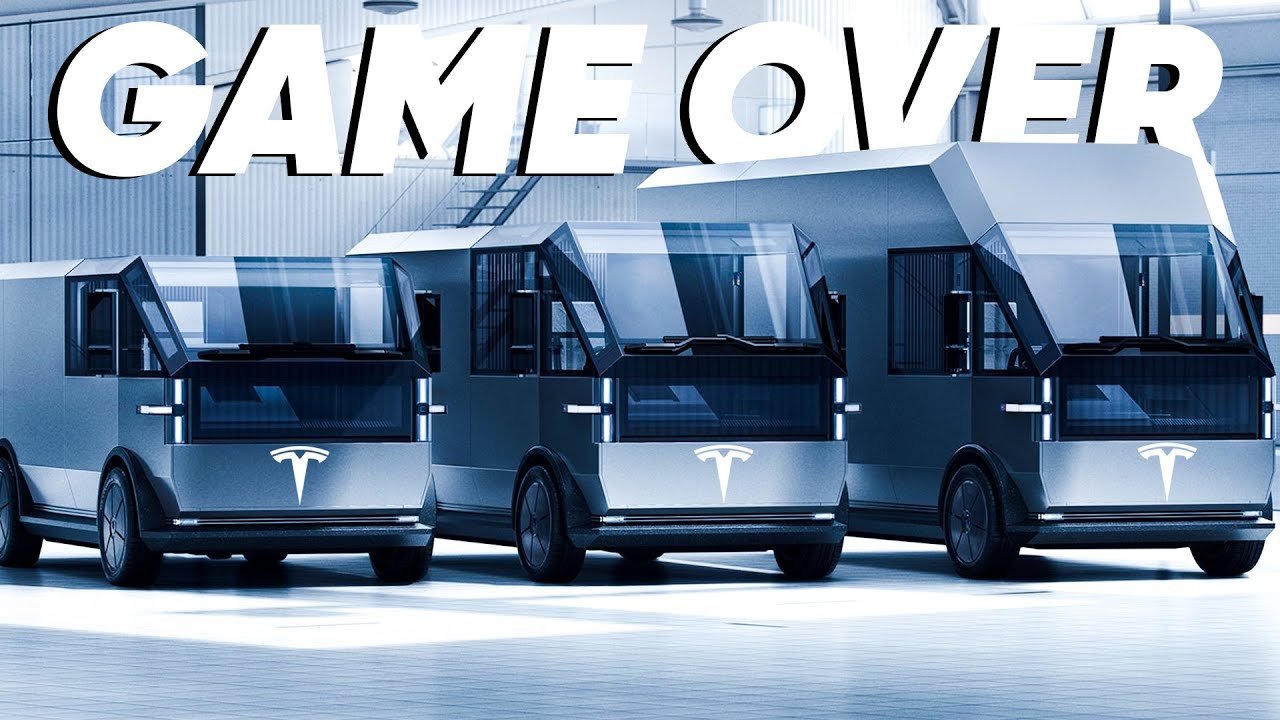 Elon Musk Announced 3 NEW Tesla Models For 2023: Tesla has been accelerating our transition to clean energy sources through electric cars, solar systems, and integrated renewable energy solutions, and has become one of the most popular names in the industry. Tesla has not only changed how cars can function but is also contributing significantly towards sustainable living in a positive way.

Currently, electric cars cannot be thought about without Tesla and Elon Musk! And they’re not about to stop anytime soon! In today’s article, we will tell you about Elon Musk’s announcement of 3 New Tesla cars that’ll be released in 2023. Let’s zoom in!

In recent years, Tesla has become one of the leading EV manufacturers in the world, if not the leader. The company has associated its name so closely with electric cars, that now it is almost impossible to talk about EVs and not bring up Tesla or Musk.

Recently, the company faced some setbacks with alleged issues with the safety of their cars but Tesla overcame this. In fact, they started delivering more cars than ever before! The effect of this exponential rise in EV distribution can be seen on the share price of the company which has seen a significant upward movement of late.

Elon Musk has revealed that in the year 2023 the company is likely to bring out 3 different Tesla car models in the market. If this goes as planned, 2023 will mark a great milestone for the company.

Tesla hasn’t released too many electric car models so far, as they focus much more on quality than quantity. But, if they are able to bring out 3 amazing models in the same year that will be a phenomenal feat for them!

Elon Musk has always emphasized how he wants to make Tesla a household name. But with the current price-point of the EVs, it goes without saying that it is beyond the affordable range of a large group of people. But with the $25,000 Tesla model, affordability will become a thing of the past!

In the past, Musk has mentioned that Tesla was working on the concept of an affordable car model which is most likely to be in the $25000 range. Recently, he stated that the car’s production is expected to begin in 2023, and it might even hit the markets.

A $25000 electric car by Tesla can change the EV market forever. It’ll make Tesla a company that’s super hard to beat by any competitors. Though Tesla hasn’t officially named the car, it is speculated that it’ll be called the Model 2. Musk had also mentioned that the Model 2 is most likely to come without a steering wheel.

Although we all know about Autonomous driving, we are talking about Level 5 Autonomous drive here. This means that the car will be able to maneuver through any obstacles like an experienced driver. So with the advancement of technology, we might see cars with steering wheels or even pedals, really soon!

During Tesla’s Battery Day 2020, Musk had revealed the company’s new innovative battery which would not only reduce cost but will increase the battery life significantly. The 4860 battery is likely to be the key for this affordable Tesla model since the battery is one of the most important parts of electric vehicles that decides their range and power.

In the past, Tesla was outsourcing its batteries but with the new battery, it will be focusing on manufacturing these power packs in-house. This will significantly reduce the cost and will help them to achieve that price-point for Model 2.

Tesla’s Roadster was the first-ever electric car manufactured by Tesla and it’s their fastest EV. The Roadster received huge interest from people but due to its high price, the volume of sales was not as expected.

The Roadster was discontinued after four years in the production line in 2012. But later Tesla announced its plans for the 2nd Generation Roadster and also claimed that it will be the best electric vehicle in the market. Though the 2nd generation Roadster’s production kept getting delayed for a few years, it is expected that Tesla will finally start its production in 2023.

If the Roadster turns out how Tesla has claimed it will, the 2nd generation Roadster will definitely rule the high-end EV market. Tesla will surely look into ramping up its production, with its Gigafactories in Shanghai and Berlin. Let’s talk a little about what this beast has to offer.

According to Tesla, the Roadster will be a four-seater, all-wheel-drive sports car that will be capable of reaching 0 to 60 miles per hour in just 1.9 seconds! Those are some incredible numbers, aren’t they? Apart from the base model, Musk has also hinted at a premium model which will probably have a SpaceX package!

Yes, Tesla is planning to include around 10 small rocket thrusters that’ll be seamlessly around the car. Apparently, these rockets will improve the performance of the car in terms of acceleration, top speed, braking, and cornering.

Rumour has it that this will be Tesla’s take on a flying car! Well, Tesla is definitely working hard to innovate as much as they can to give its customers the best experience. Other claims by Tesla are that the car will house a 200kWh battery, which is double the size of batteries on any Tesla Model. It is also expected to have a range of nearly 1000 kilometers.

The 2nd Generation Roadster will have 3 motors; one in the front and two at the back, allowing all-wheel drive. Without having to say anything about it we all know the Roadster will be in the market with a very upgraded self-drive technology.

Musk has also revealed that the highly-anticipated CyberTruck will start being manufactured in late 2022 and that its mass production is targeted for 2023. The CyberTruck comes with an incredibly strong steel exoskeleton, which Tesla claims is the same steel used by Musk’s private spaceflight company, SpaceX for its rockets.

The expected range for this beast is about 800 kilometers and the acceleration from 0 to 60 miles per hour can be as fast as 2.9 seconds. Due to its relatively bulky size and design, The CyberTruck might not be seen in the European market soon.

Well, Musk might not be very concerned about that, as The United States is the largest market for pickup trucks in the world! The truck also features self-leveling suspension which compensates for different loads on the truck. The Cybertruck will come in multiple variants and some may also feature an all-wheel drive. It will also have Tesla’s all-new 4680 battery if the latter is successful.

The truck will have power inverters on board, which will eliminate the need of carrying portable generators to places. Users will also be able to draw power from the truck itself. It was also mentioned that these trucks might come with solar roof options that will be able to add about 15 miles to their range.

As a bonus, Tesla is also planning to come out with an autonomous driving van, that it calls the Robo Van. We know that Tesla already has a lot of projects in hand but the company seems to be interested in pushing boundaries!

These aspects will make it the perfect mode of transport for people with disabilities who face a hard time getting into any conventional mode of transport. Features like active air suspension, which will also be used in the CyberTruck will help the cause.

The Robo Van is expected to be able to carry 12 passengers at a time which is more than any Tesla model so far. Musk’s Boring Company has already revealed that it will be constructing a loop transport system for making transportation much easier than what it is now.

The Robo Van will be a perfect addition to the system! Though the Robo Van is just in the concept stage, with Tesla’s innovative technology nothing seems very far from reality! All the cars revealed by Tesla for the year 2023 were supposed to be already in production but due to various shortages and continuous research and development, the dates kept being postponed.

Musk does not have a great record of following his schedules, but this time he seemed pretty confident about his claims. With all the Giga Factories that are expected to function at almost full capacity, this year, Tesla may be able to do what they have promised for the coming year!

If Tesla is able to realize all of its goals in the set timeline, 2023 will definitely be one of the greatest years in the history of Tesla with 3 to 4 new cars in production. Along with the production of older models, Tesla is accelerating towards becoming the leader in the entire automobile industry.

What are your thoughts about Tesla’s new timeline? Do you think Tesla will be able to fulfill its promise or will it disappoint everyone once again with its ambitious goals? Comment below!