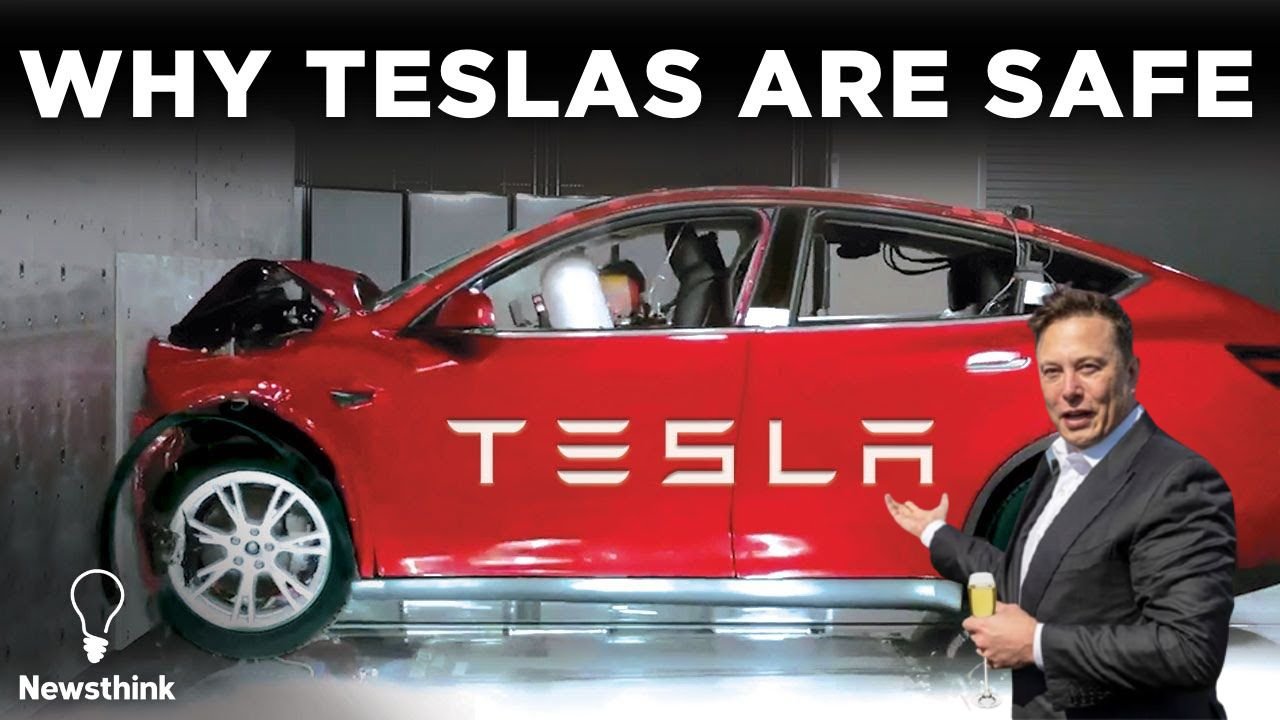 How is Tesla making its cars the Safest cars ever built: Tesla is fast, tesla is affordable, and tesla is unique but is tesla safe as well? Well, the answer is yes! Safety is one of the most important features that car owners look for. Tesla is one of the safest self-driving vehicle manufacturing companies.

The Billionaire CEO Elon Musk has measured all the safety precautions for Tesla Motors and recently he exposed some of the major updates in Tesla! So, what is Elon Musk s insane plan to make Tesla safe? Let s find out.

In today s article, we are going to discuss how Tesla is making its cars the safest cars ever built. Tesla is a powerful company and with the use of the latest technology, they are making their cars the safest in the world. But how are they doing that?

How is Tesla making its cars the Safest cars?

Tesla experts say: Every mile you drive can help improve safety for you and others. With more than a million Tesla vehicles on the road, and billions of miles driven on Autopilot, we can analyze real-world scenarios from our global fleet to learn how collisions happen and how to help mitigate or prevent them in the future.

With over-the-air software updates, our latest features and enhancements are available instantly. While no car can prevent all accidents, Tesla is working every day to try to make them much less likely to occur.

Active safety features come standard on all Tesla vehicles made after September 2014 for an added layer of safety beyond the physical structure of each car. Because every Tesla is connected, they are able to use the billions of miles of real-world data from global fleet, of which more than 1 billion have been driven with Autopilot engaged, to understand the different ways accidents happen.

Tesla has developed features that can help Tesla drivers mitigate or avoid accidents. . A remarkable feature of the Tesla Cars and Trucks is it will use automated internal cameras for eye-tracking system to check whether the driver is attentive or not and they will also be used for climate control by checking out the body temperature of the passenger and adjust cool or warm air towards the passenger s body .

When asked on Twitter whether Cybertruck can cross the water? Tesla s CEO replied that: Cyber truck will not only move on the water, but also float plus the final production version of Cyber truck will have some subtle changes.

Moreover, Elon announced that: Cyber truck will improve its air suspension with an active ride height and active damping system to improve off-road performance. CyberTruck is equipped with a heat pump similar to Tesla Model Y.

Elon initially stated that the size will be reduced by about 3% but Later on, he said the only way to reduce the size of Cyber truck in the international market may be through the development of Wolverine Cyber truck .

It is speculated that Cyber truck has a huge battery of 200-250 kWh and may already be using the newly upgraded 4680 battery pack that Tesla launched on the day of operation. Cyber trucks will be made from 30X cold rolled super-hard stainless steel, the same material used by Spacex on the spacecraft. The truck is notorious for being “bulletproof”.

A high-quality cyber truck trim motor will have 800 horsepower and 1,000 pound-feet of torque, enough to allow a rugged electric pickup to reach 60 mph in 2.9 seconds and pull up to 14,000 pounds.

Looks like self-driving has become old fashion for Tesla, because now robots are introduced to drive your tesla cars and Musk predicted that they will be much safer than a human driver. Musk claims that much of the technology used in Tesla’s self-driving cars is applicable or useful in developing humanoid robots.

While the parameters for a humanoid robot seem straightforward, the issue is whether Tesla’s technology can take science fiction robots and convert them into daily reality.

The robot tesla is aiming to create will be a “non-automotive robotic,” meaning it will be controlled by artificial intelligence and will use Tesla’s Dojo sophisticated neural network, a supercomputer interface that Musk claims can analyze “really massive volumes” of data.

The Dojo supercomputers are the processors that let Tesla cars traverse highways and streets without the need for human intervention. “It makes logical,” Musk argues, to turn the Dojo computer systems “into a humanoid shape.”

Tesla CEO Elon Musk said at AI Day that the company wanted to show that it is more than just an electric car company and that it could build a robot if it wanted to, citing the capabilities of its vehicles to understand and see the world around them and act on that information.

Musk believes it makes sense for the company to use its major improvements in computer vision. Here’s what we know about Musk’s Tesla bot so far, a slide during the presentation highlighted its capabilities, and he stated on Twitter immediately after the presentation, alluding to Tesla’s automobiles.

The five-foot-eight bot will weigh 125 pounds, with a 45-pound lifting capability, and a 150-pound hauling capacity. Now talking about the most important component of future Tesla cars and that is the new battery system which will be introduced in Tesla Semi, set to release in a few months.

Just like Tesla cars Tesla semi will run on lithium batteries and we all know there is a very low risk or no risk at all of these batteries, so you can say that Semis are perfectly safe. Tesla has a brand new battery designed for Tesla Semi with 5 times more energy storage.

The exterior design of the truck will also be as aero-dynamic as possible for a better smooth drive and Tesla semi will cost 180,000 dollars when bought new. At Tesla, we believe that technology can help improve safety. That s why Tesla vehicles are engineered to be the safest cars in the world.

We believe the unique combination of passive safety, active safety, and automated driver assistance is crucial for keeping not just Tesla drivers and passengers safe, but all drivers on the road.

It s this notion that grounds every decision we make from the design of our cars, to the software we introduce, to the features we offer every Tesla owner. Musk said. Model S, Model X and Model 3 have achieved the lowest overall probability of injury of any vehicle ever tested by the U.S. government s New Car Assessment Program.

Much of this has to do with the rigid, fortified structure of the battery pack that is mounted to a car s floor, which provides a vehicle with exceptional strength, large crumple zones, and a uniquely low center of gravity. Because of their strength, Tesla s battery packs rarely incur serious damage in accidents.

And, in the extremely unlikely event that a fire occurs, the state-of-the-art design of our battery packs ensures that its safety system works as intended and isolates a fire to select areas within the battery while simultaneously venting heat away from the passenger cabin and the vehicle.

What are the Tesla Models additional Safety Features?

While a Tesla owner was driving friends to their wedding, a tree fell on their car. In turn, everyone got out of the vehicle without injuries. Perhaps some of this was good luck but plenty of credit should go directly to Tesla’s engineers for their ongoing attention to vehicle safety.

Amongst many reasons for Tesla s success, its safety features have played the biggest role. Each of the Tesla components and design revolves around the safety of the passengers. While you are on the road, being inside a Tesla is undoubtedly the safest place you can be.

Thanks for reading till the end. Comment what’s your opinion about this information “How is Tesla making its cars the Safest cars ever built“.