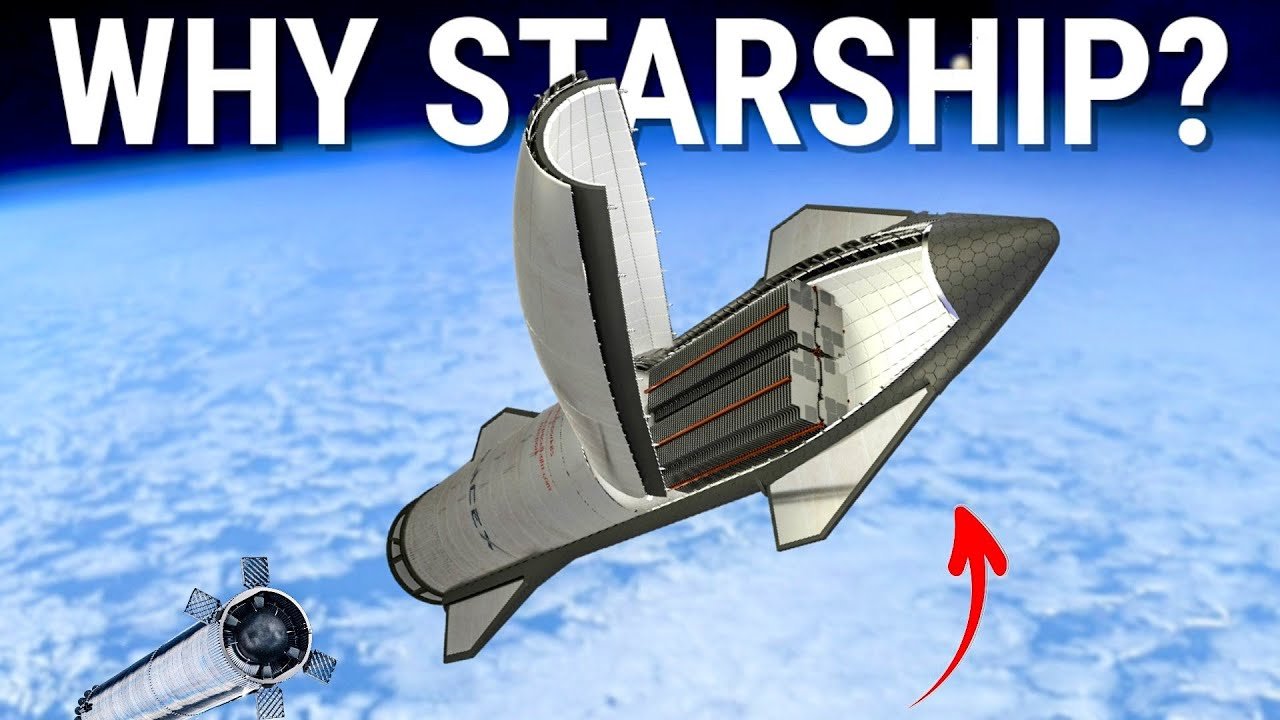 Why Does SpaceX Need Starship To Launch Starlink GEN2 Satellites?: SpaceX has provided some interesting context into its plans to launch vast numbers of next-generation “Gen2” Starlink satellites on its Starship launch system, in response to questions from the Federal Communications Commission (FCC).

The Commission filed a series of questions to SpaceX last month, which the company has now addressed. In May 2020, SpaceX requested a permit from the FCC to operate nearly 30,000 satellites in a new generation Starlink constellation they called “Gen2.”

This new constellation, as SpaceX explained, would be used to augment the capabilities of the first one and be able to serve more people at higher bandwidth and lower latency than the first generation constellation. In August 2021, SpaceX requested an amendment to the FCC to include two possible scenarios for this constellation: Configuration 1 and Configuration 2.

Configuration 1 would make use of Starship for the launch and deployment of all the satellites of this new constellation, as well as have a modified number of shells and orbital planes than the original.

Configuration 2 would make use of Falcon 9 for launching and deploying all satellites – with its corresponding arrangement of orbital shells, planes, and satellites per plane.

Last month, the FCC sent a letter to SpaceX asking for more details about this amendment. As expected, SpaceX replied this week, responding to each of the questions and providing some interesting information.

The letter’s introduction opens with SpaceX complaining to the FCC, both about the lateness of the approval for filling and the lack of similar questions asked to other would-be competitors of Starlink. SpaceX then noted that it has opted to go with “Configuration 1” instead of “Configuration 2” as an update to their plan, which translates to launching this second generation of Starlink satellites into orbit using Starship instead of Falcon 9.

After the FCC asked about how SpaceX would operate this new constellation alongside its current generation of Starlinks, and if the terminals were capable of working with both Gen1 and Gen2 satellites, SpaceX noted its commitment to continue launching the 4,408 satellites of their first-generation constellation – having launched about 1,900 of them already – as well as deploying the next generation of satellites.

SpaceX expanded by adding that it wants to operate both constellations simultaneously, noting “just as terrestrial wireless networks meet customer demands by operating more than one generation of technology simultaneously, SpaceX plans to use both of its networks to provide superior service.”

This includes launching replacement satellites later down the line to keep the first-generation constellation serviced while deploying Gen2 satellites. SpaceX also said that customer user terminals would be able to communicate through both constellations.

The FCC also asked SpaceX about the launch plans for Gen2, given that the company had said in the August 2021 amendment that they were considering two different configurations. As they did in the introduction, SpaceX noted that they intend to go ahead and launch these satellites using Starship alone.

“SpaceX has now reached a point in the development of its Starship launch vehicle and Gen2 satellites that it can concentrate solely on Configuration 1 and no longer pursue Configuration 2.

SpaceX confirms here that it still intends to begin launching the Gen2 system as early as March 2022, likely beginning with the 43 degrees or 53 degree inclined planes.” That target date will almost certainly slip, given SpaceX is yet to launch the demonstration flight to orbital velocity.

As such, the readiness of Starship launching Gen2 satellites will be constrained by the readiness of several factors, including launch site readiness, the FAA approval of the Boca Chica Programmatic Environmental Assessment (PEA) and subsequent grant of the launch license, as well as the orbital test flights that might precede the first Starlink Gen2 launches.

When Starship enters the early operational phase, Starship launches from Boca Chica to the 43º and 53º orbital planes will also likely involve a substantial dogleg maneuver to avoid overflying parts of Mexico in the Yucatan peninsula.

This was contemplated by the PEA, as SpaceX might proceed with these launches with southern dogleg maneuvers, mirroring some of its Starlink launches on Falcon 9 from Florida and California in a similar fashion. Another interesting tidbit from the answers provided by SpaceX relates to the FCC asking how SpaceX intends to deploy its Gen2 satellites.

Starlink satellites that are currently launched on Falcon 9 have to be kept at a lower altitude for prolonged periods of time to phase their orbital planes into the required operational ones. With Starship, SpaceX claims, they could bypass this and launch directly into the orbital plane of the operational orbit.

SpaceX points out that they might launch some of their satellites to a higher altitude directly, in some instances, such as when they launch rideshare payloads with Starlink, something that already occurs on Falcon 9. SpaceX also answered questions relating to Starlink’s satellite disposal reliability, on-orbit lifetime, and collision avoidance risks.

SpaceX says they expect Gen2 to meet or exceed Gen1’s post-mission disposal reliability, citing that “these improvements will be built upon the solid foundation SpaceX has already established. Fewer than one-half of one percent of active satellites became non-maneuverable in the past year.”

In a worst-case scenario involving 1,900 active satellites – there are much less than that, as a few hundreds of them are still moving to operational orbits – and 0.5 percent of them failing, this would mean less than 10 satellites have become non-maneuverable in the past year.

SpaceX also claims that fully functional Gen2 satellites will have an on-orbit lifetime similar to Gen1 satellites, which is five to seven years. SpaceX also told the FCC they had performed two recent improvements on their automated collision avoidance system.

The system now uses two different providers for satellite conjunction data, ensuring that if one provider fails, the satellites can take data from the other one. The other improvement noted is that now, apart from performing a collision-avoidance burn, Starlink satellites can orient themselves in order to reduce the probability of collision by at least an order of magnitude.

In other notable references to Gen2, the FCC asked SpaceX whether they would use deployment mechanisms for Gen2 satellite launches. SpaceX admitted that “while the deployment mechanism for the Starship launch vehicle is still being finalized, it may require tension rods.”

SpaceX’s responses to the FCC put in perspective the agile and rapid development pace that is seen with SpaceX, as well as the usual fail fast fix fast approach of the company, which is required to fulfill their goal of delivering internet access to underserved areas of the globe.

Well over a dozen Starlink flights are expected this year on Falcon 9. Depending on the progress at Boca Chica, the stage is also set for a rapid increase in Starlink deployment via the vastly superior Starship launch capability.

Thanks for reading till the end. Comment what’s your opinion about this information Why Does SpaceX Need Starship To Launch Starlink GEN2 Satellites?

4 thoughts on “Why Does SpaceX Need Starship To Launch Starlink GEN2 Satellites?”