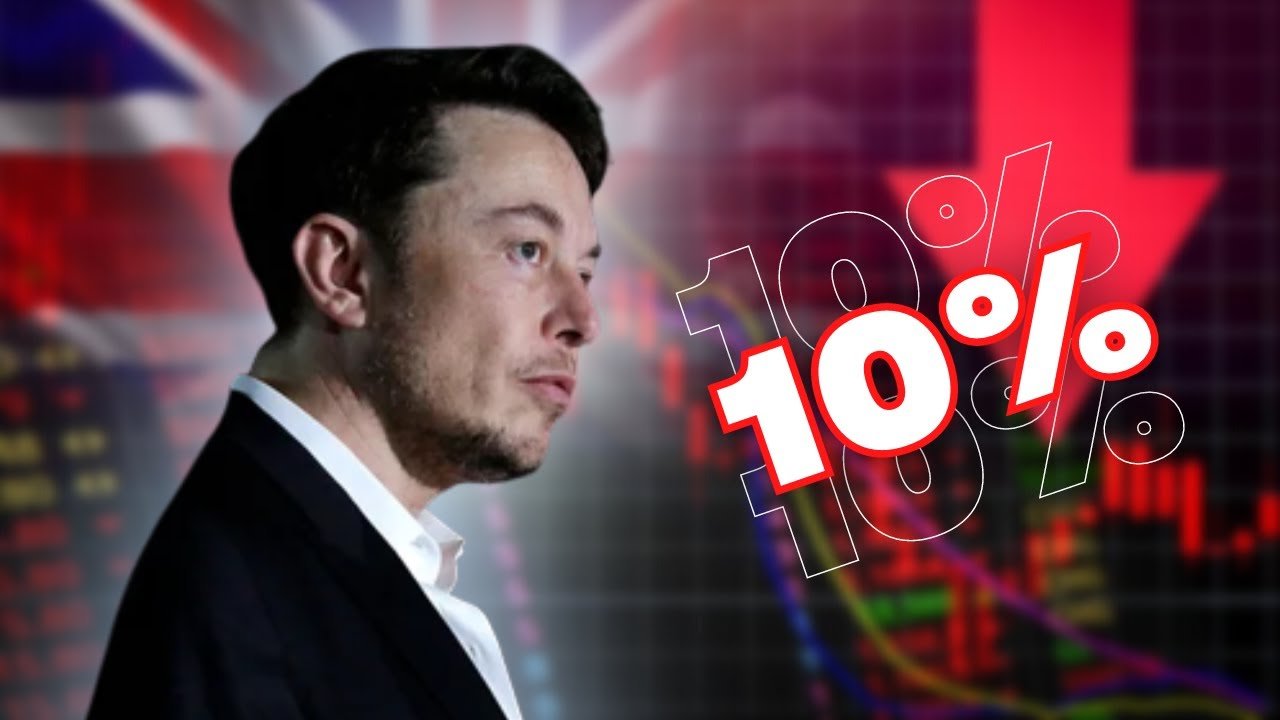 Elon Musk Dropped 10% of Tesla’s Employees, He Explained Why?:- With everything going on, we can feel the global economic crisis. This has not spared Tesla, which plans to lay off ten percent of its workforce.

According to an email sent to executives and a subsequent memo to workers seen by The Washington Post on Friday, Tesla CEO Elon Musk has a “super bad feeling” about the economy and wants to cut 10% of the electric vehicle maker’s salaried jobs and freeze hiring.

Musk’s initial email, obtained by Reuters, was sent on Thursday with the subject “pause all hiring globally.” In the email, Musk informed executives that he intended to lay off one-tenth of Tesla’s workforce.

His subsequent email clarified that the layoffs would affect Tesla’s white-collar workforce. “Tesla will be reducing salaried headcount by 10% as we have become overstaffed in many areas,” Musk informed all employees.

He stated that the reduction would not affect those who manufacture cars, battery packs, or install solar systems. It comes just days after Musk declared that “remote work is no longer acceptable” and ordered Tesla and SpaceX employees to return to the office “at least” 40 hours per week or find another job.

“The more senior you are, the more visible your presence must be,” Mr. Musk wrote to SpaceX employees in an email on Tuesday. “That’s why I spent so much time in the factory, so those on the assembly line could see me working alongside them.”

If I hadn’t done that, SpaceX would have gone bankrupt long ago.” The attacks on remote work mirrored his views on Twitter, the highly influential social media site he is attempting to privatize, which had been noted for its laid-back atmosphere and flexibility in work arrangements.

That announcement threw Mr. Musk and his companies got into a heated debate about the best way to restore normalcy after the pandemic’s two chaotic years. It also raised concerns that he might drive away top performers who prefer to work remotely some or all of the time.

Tesla’s workforce has grown significantly as sales have increased, and the company has built new factories, including two that opened this year near Berlin and Austin, Texas. At the end of last year, the company employed over 99,000 people. Tesla had 48,000 just two years before.

Mr. Musk recently praised the work ethic in China, where labor conditions can be harsh or even abusive, implying that American workers were lazy. “They won’t just be working until the wee hours of the morning.

In an interview with The Financial Times, he said of Chinese workers, “They’ll be burning the 3 a.m. oil.” “So they’re not even leaving the factory.” In America, people try to avoid going to work at all costs.”

Tesla has been under financial pressure as a result of Musk’s pursuit of Twitter, after the CEO committed more than $33 billion of his wealth to the ownership bid, much of which is tied to Tesla stock. Tesla’s stock has lost approximately $400 billion in value since his involvement became public.

Some analysts saw the layoffs and restrictions on flexibility as an attempt to project financial discipline, which would help the stock. However, Musk’s layoff messages echoed recession fears expressed by JPMorgan Chase CEO Jamie Dimon, who has gone from forecasting economic storm clouds to “a hurricane,” commenting this week that inflation has “distorted” the economy.

Some employees felt the dual pressures of Musk’s mandate to return to the office and the impending layoffs.

“I think people are sweating,” one Tesla employee told The Washington Post, speaking on the condition of anonymity due to fears of retaliation. The economy as a whole continues to show signs of strength: According to Labor Department data released Friday, the country added 390,000 jobs in May, keeping the unemployment rate unchanged at 3.6 percent.

In total, employers in the United States have added more than 6.5 million jobs in the last year, with many of those gains concentrated in industries such as manufacturing, hospitality, and transportation, which are racing to meet brisk demand.

However, for the tech sector, which appeared to be immune to the pressures that weighed on other businesses during the pandemic, the outlook has quickly become more challenging:

According to Layoffs.fyi, which has been tracking tech job losses since March 2020, the industry shed more than 15,000 workers in May, a level not seen since the early days of the pandemic. Most people are feeling the effects of rising inflation, the Ukraine war, and a shaky recovery:

Silicon Valley titans like Twitter and Meta have announced hiring freezes, while Netflix, Salesforce, Robinhood, and PayPal are among dozens of companies that have reduced head counts in recent weeks, as have smaller but well-known outfits like Noom and Carvana.

The layoff announcement came ahead of what are expected to be disappointing second-quarter results, as Tesla’s Shanghai production lines were halted due to China’s covid crackdown.

According to Securities and Exchange Commission filings, the Austin-based EV manufacturer employs nearly 100,000 people worldwide. It had 5,000 job postings on LinkedIn as of Friday, ranging from electricians and paralegals to engineers and factory workers.

Tesla has previously used layoffs, reducing headcount by 7% in 2019 and 9% in 2018. Early in the pandemic, it also cut salaries and furloughed employees. Musk’s tough policies on remote work contradict the workplace culture at Twitter, which the billionaire is attempting to acquire for $44 billion.

The Twitter acquisition is expected to close later this year, and employee anxiety about the upcoming leadership transition is already high. Musk’s announcement condemning remote work would not be the first time Tesla has tightened its grip on covid-related work arrangements, resulting in attrition.

Tesla told employees in 2020 that they could stay home without penalty due to concerns about covid risks, but it later fired those same employees for failing to return to work. Because of the lack of flexibility on covid, some employees left the company.

Wedbush Securities managing director Dan Ives stated that the “radio silence” over Musk’s acquisition of Twitter remains “the elephant in the room.” “With the bot issue still unresolved in the Twitter deal pause, that could be the other shoe to drop as Musk navigates the current backdrop.”

Tesla’s regulatory pressures may put additional strain on the company. The National Highway Traffic Safety Administration has investigated reports of “phantom braking” in Tesla vehicles, which The Washington Post reported on in February.

Soon after, the NHTSA launched an investigation into the problem, and a letter from May that was recently made public revealed that the agency had received 758 reports of “unexpected brake activation” in Tesla Model 3 and Model Y vehicles from the 2021 and 2022 model years.

The letter requested detailed information about the incidents, such as consumer complaints, data logs and footage, and, if necessary, crash reports. Tesla shares have plummeted this year as part of a broader tech sell-off that has pushed the Nasdaq index into a bear market and wiped nearly $3 trillion off the values of the five largest tech companies, Amazon, Apple, Microsoft, Facebook, and Google.

Other stocks that were once considered pandemic darlings have plummeted: Zoom is down 40% year to date, Peloton is down more than 63 percent, and Netflix is down 66 percent. Tesla’s stock fell 9% in Friday trading, bringing its year-to-date loss to around 30%.

Some analysts cautioned against drawing broad conclusions from the layoff announcement, claiming that the problem may be unique to Tesla, which hired nearly 30,000 workers last year.

In our opinion, Tesla likely does not need to hire any more employees to maintain its growth, and we believe the plan to reduce the workforce likely demonstrates that Tesla over-hired last year.

We see 2022 as a watershed moment for Tesla. And with that being said, it’s time to end our video. What are your views about this? Let us know in the comments.

Thanks for reading till the end. Comment what’s your opinion about this information “Elon Musk Dropped 10% of Tesla’s Employees, He Explained Why?“.

2 thoughts on “Elon Musk Dropped 10% of Tesla’s Employees, He Explained Why?”