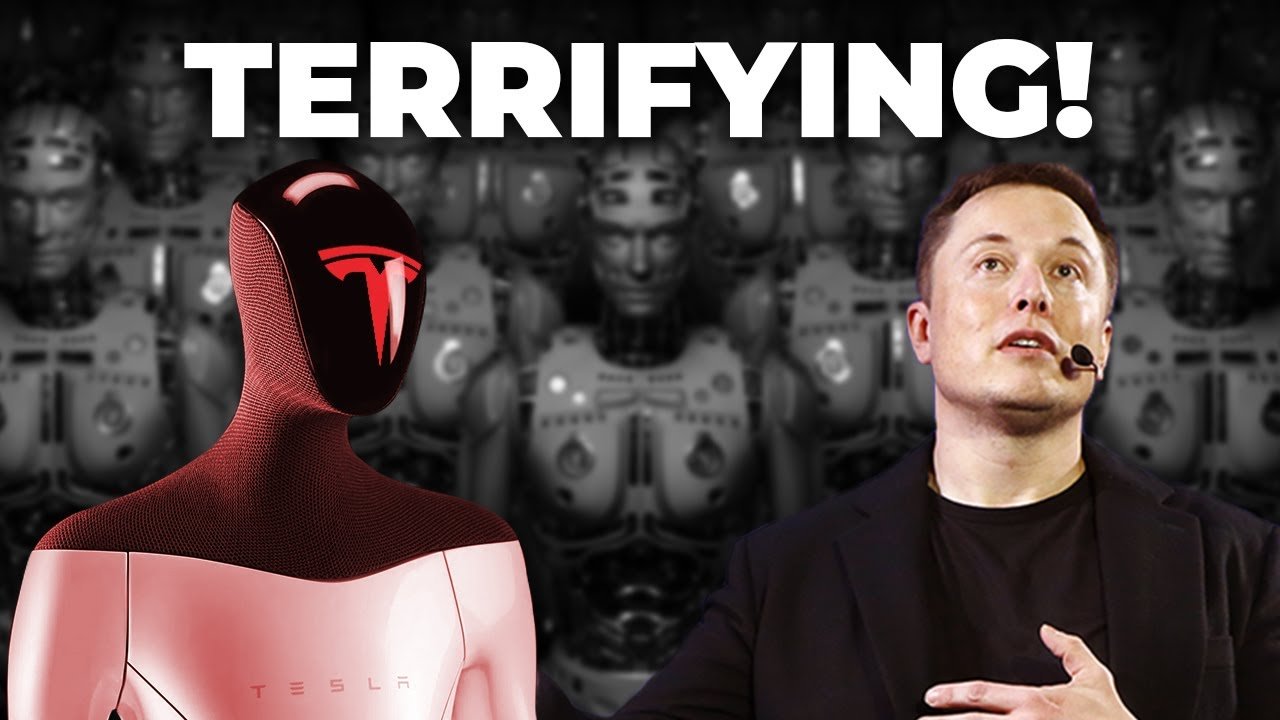 Elon Musk Reveals Terrible Details About Tesla Bot!: Imagine a world where we can send robots on errands or have a meaningful conversation with them. It sounds like something out of a sci-fi movie, right? Well, that future isn’t as far off as we think anymore.

Tech guru and billionaire CEO Elon Musk has revealed that Tesla will be working on a humanoid robot with a human personality. This humanoid robot known as the Tesla Bot will be able to have meaningful conversations.

The Tesla Bot will be made by humans for humans in a human form. It will help address personal issues like loneliness; a robot would not be spilling your secrets, and it could also help the economy by bringing down labor costs. Today, we’ll discuss what Elon Musk said about the Tesla Bot.

In an interview, Musk was asked if he thinks about the huge opportunity of using the Tesla Bot to solve the loneliness in the world. Musk replied, saying he thinks the Tesla Bot could end up being a perfect companion, and it could develop a unique personality over time.

For the Tesla robot, not all robots would be the same, and that personality could evolve to match the owner. The Tesla Bot is 5.8-inch tall, and it has a body built to resemble that of a human being. It is codenamed Optimus and designed to handle repetitive and boring tasks that we humans would be less interested in.

The Tesla Bot will be capable of screwing in bolts in a factory or lifting things from a shelf in a warehouse. This way, people can concentrate on things that matter. On Tesla’s AI day, Musk explained the physical and technical features of the Tesla Bot in his address.

He also explained what to expect if something happens with the humanoid robot. Musk says that sometime next year, in 2023, Tesla will probably have a prototype ready. It is intended to be friendly and navigate a world built for humans. He also said that the Bot would eliminate dangerous, repetitive tasks.

The Bot is set as a physical level where you can run away from it when any funny business like a robot apocalypse happens. Musk said he hopes that doesn’t happen, but the robot can be easily overpowered and subdued if it does. It would only be able to run at 5 miles per hour, so anyone should run past that.

It has a screen on its head that displays useful information; it has Tesla’s autopilot system, about eight cameras, and Tesla’s Full Self Driving computer. The Tesla Bot will use all the sensors used in the Tesla car. Musk thinks the tricky thing about having a functional humanoid robot is that it would not be able to navigate or handle the human world without being explicitly trained.

He feels the Tesla Bot would need explicit line-by-line instructions. For example, you have to tell it to pick up a bolt and attach it to a car with a wrench, and it should be able to interpret the request. The Tesla Bot should also be able to go to the grocery store and get things on your grocery list.

All those features are great and absolutely terrifying because we are seeing stuff made for Sci-Fi movies manifest right before our eyes. In an Interview with Lex Friedman, Musk revealed that the Tesla Bot is one of the advanced technology applications that powers the full self-driving features in Tesla Cars.

Musk has described the Tesla Bot as a transition from making a robot on four legs to one on two legs. Musk is confident that only Tesla has the technological know-how and artificial intelligence software, and manufacturing efficiency to make the humanoid bot a reality and produce them on a large scale.

He estimates that the millions of Tesla Bots might exceed the amount of Tesla cars we have out there. He said in that interview that since Tesla is solving the problem of navigating the real world using neural nets for cars, which are like robots with four wheels, it is kind of natural to put that in a robot with arms, legs, and actuators.

Since Tesla is very good at manufacturing, all that’s left is an artificial intelligence that can interact with the real world, which they already have. For Tesla, the Tesla Bot is like a Tesla car with custom motors and sensors without a need for wheels, headroom, leg space, trunk space, drivers, or passengers.

Tesla is very advanced at developing electric motors and power electronics, so it has all it needs to implement that in a humanoid robot. During Tesla’s AI day, Musk revealed that the Tesla Bot would have a higher prediction ability than humans when it is on the road.

The humanoid robot will have eight autopilot cameras linked to Tesla’s neural network that grants them that highly predictive capability. Musk commented that Tesla has seen that its car’s predictive ability is outstanding.

Tesla cars are getting better than humans at predicting what roads will look like when it’s out of sight or when the car is going into a bend. The cars can predict the road with very high accuracy. It can predict pedestrians or cyclists in blindspots or behind corners that the human eye cannot see.

Musk has refrained from calling human owners of the robot because he thinks the word owner just sounds wrong. The Tesla Bot is a transformative technology that will change the home environment, manufacturing sector, and the tech industry.

It will impact every sphere of human life in the future. Musk says the Tesla Bot is not quite in Tesla’s primary mission direction of accelerating sustainable energy. Still, it is an extremely useful thing that Tesla can do for the world. The billionaire says he thinks work would become optional in the future because there are many jobs that if people weren’t paid to do, they wouldn’t do it.

For example, if you wash dishes every day, even if you love washing dishes, you don’t want to do it for 8 hours every day for months and months. The Tesla Bot is undoubtedly a useful invention that will help us as humans, but do we think a robot is an answer to loneliness in humans?

We think the idea of a humanoid robot appeals to us because robots have always been a part of pop culture. We see them in movies, comics, and cartoons. They move like us, talk like us, and can be better than us.

The Tesla humanoid robot is a great idea, but most real-life robots, especially the most useful ones, don’t look like humans. They are designed to be useful, not to satisfy our vivid imagination. We make automatic doors; we don’t build mechanical robots to open doors.

There are sensors in the doors attached to an electric motor that opens the door when we need it to open when moving with range. Instead of building a humanoid robot to clean floors, we have a vacuum cleaner that can move and vacuum the floor.

Would you buy a Tesla Bot to carry your bags or go grocery shopping for you? Why not have a self-driving car to go pick up the goods you already pre-ordered online. This way, you have more capacity for more goods, and it will be faster since you can move beyond five miles per hour.

Walmart is already experimenting with self-driving delivery cars, so this might happen in the near future. Musk says the Tesla Bot can deadlift 150 pounds, an impressive number, but a self-driving car can carry ten times that weight with more efficiency and ease.

Musk manufactures self-driving cars, and he has the tech that makes them so efficient; he should know this already. People have argued that you can send the Tesla Bot to do dangerous things like go into the ruins of a building after an earthquake to look for survivors or into hostile terrain to scout.

It can also handle hazardous materials like nuclear waste or explore fragile caves and locations. We already have a robot that can perform any of these functions, and it does look human. It is a yellow robot called Spot, and it was designed to look like a dog.

If the Tesla Bot is created like humans, and created to be weaker, so we can easily overpower it, wouldn’t it be hampered by human limitations too?

Thanks for reading till the end. Comment what’s your opinion about this information “Elon Musk Reveals Terrible Details About Tesla Bot!“.