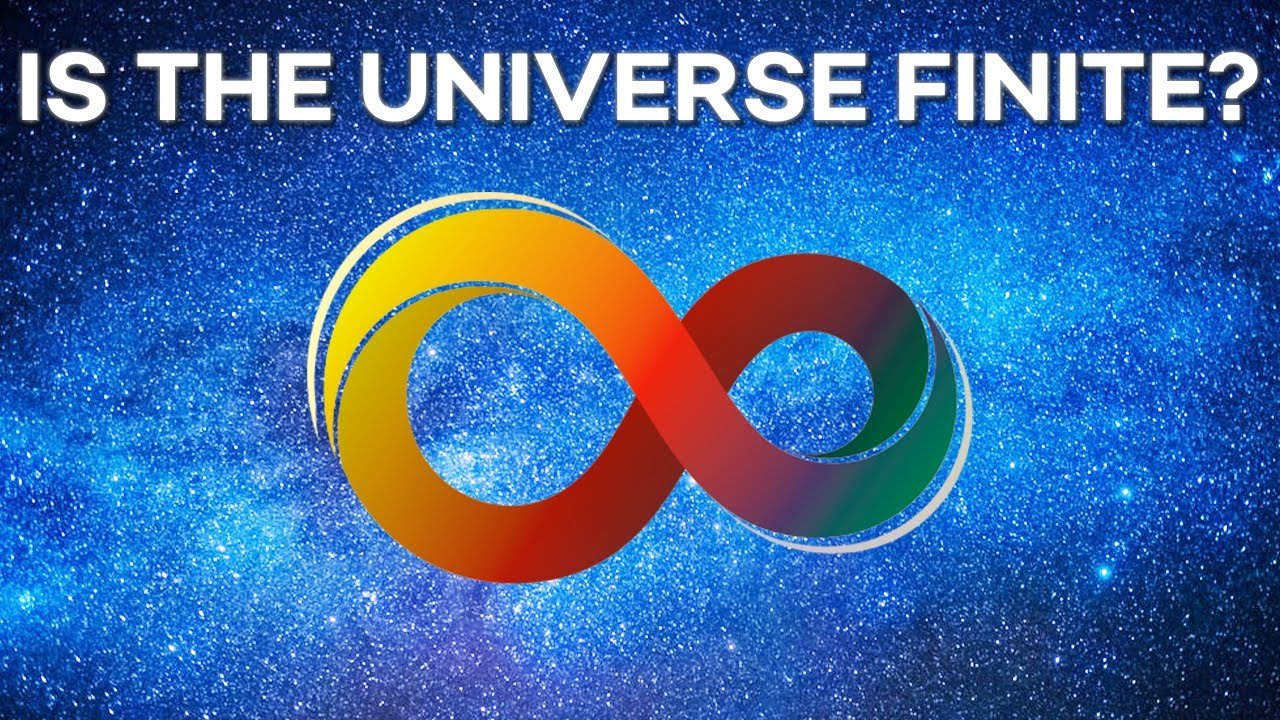 Is our universe finite or infinite?:- We know that about 13.8 billion years ago, the Big Bang gave birth to the universe we live in. We also know that it has been expanding and cooling since then. Actually, we know a lot about it, but something is lacking.

For example, we can’t really answer the question: is our universe finite or infinite? We know many things about its size. We know it is bigger than we can imagine. Also: is this a flat universe? Or a curved one? Follow this article to learn more about the size and shape of our universe!

I’m already excited! what do you say? Cosmology is the discipline that tries to explain how our universe began, and how it evolved. Cosmology also tries to impose some limits on its size and geometry. It does so with the help of some basic principles of physics.

For example, cosmologists are very lucky because light propagates with a finite velocity. From our point of view, we can look back at about 46 billion light-years in all directions, thanks to the speed of light and the expansion of space.

Of course, it’s a huge distance, but…it’s not an infinite distance. That’s all we can see. What if we asked ourselves what’s next? Can the universe be infinite? That’s what cosmologists want to know.

Cosmologists also know very well that as we look at greater distances, we look back in time. For example, the nearest galaxy, the Canis Major Dwarf Galaxy, is approximately 25,000 light-years away.

This means that it appears to us as much as 25,000 years ago because it takes so long for the light to travel to our eyes from the time it was emitted. Of course, more distant galaxies appear as they were tens of millions, hundreds of millions, or even billions of years ago.

Again, looking forward is looking back in time. So, here comes a simple and simple question: why not just go back to the beginning? When was the light emitted? Why not go back 13.8 billion years? Actually, we can’t.

The universe was so hot in that era that all the atoms were ionized: if we had a powerful telescope capable of seeing 13.8 billion years ago, we wouldn’t be able to see anything.

At that time the universe was opaque. But there is one type of radiation that we know originated 13.8 billion years ago, and we can still detect it, even though it is losing energy from time to time. This is called the Cosmic Microwave Background, which is the remnant of the Big Bang.

When astronomers looked at the properties of the CMB, they found that the universe was initially almost completely uniform, but some regions were more or less dense than average, only 1-part-in-30,000.

This is enough for it to evolve into the stars, galaxies, galaxy clusters, and cosmic voids we see today. But these early flaws that we see from this cosmic snapshot encode an incredible amount of information about the universe.

One such piece of information is a startling fact: the curvature of space, as far as we can tell, is completely flat. If space were positively curved, as if we lived on the surface of a 4D sphere, then distant light rays would converge.

If space were negatively curved, such as the surface of a 4D saddle, distant light rays would diverge. Instead, distant light rays move in their original direction, with the fluctuations we have indicated for perfect flatness. But what does the CMB have to do with the size of the universe?

Well, combining both the cosmic microwave background and the large-scale composition of the universe gives us some constraints that tell us that if the universe is finite and loops back in itself, it has to be at least 250 times the limit of the part. We must inspect.

Since we live in a 3D volume, 250 times the radius means (250)3 times the volume or 15 million times more space. This is a huge number. Our universe is huge. Maybe we can’t even think of such a big size.

Although the lower limit of the universe is at least 11 trillion light-years in all directions, it is still limited. So it seems that we definitely live in a finite universe. But the reality is always more creative than mathematics.

As we know, the hot Big Bang marks the beginning of the observable universe, but it does not mark the birth of space and time. What was there before the Big Bang? We think the universe has gone through a period of cosmic inflation.

In that era, the universe was instead full of matter and radiation: the energy contained in space.

It was also expanding at a constant, exponential rate and was forming new space so rapidly that the smallest physical length scale, the Planck length, would be extended to a much smaller length, a size of about 10 to -35 m. The currently observable universe occurs every 10 to -32 seconds. Wonderful, isn’t it?

We know that inflation in our region of the universe has ended. But there are some open questions that we don’t know the answer to, how big the universe really is, and that has a huge impact on whether or not it is infinite.

For example, how long did inflation last before its end and the resulting Big Bang? The thing here is that we can only see the observable universe created by the end of inflation. Another thing we do know is that inflation must have occurred for at least some ~10 to -32 seconds or so.

But it probably lasted longer. Cosmologists are trying to understand how long. seconds? years? billions of years? Maybe inflation can go on for an infinite amount of time, maybe it’s still going on in our era.

Also, did inflation start? Or is it eternal? And how did the whole place emerge? Did it come out of nothingness some time ago? These are really difficult questions to answer.

Well, maybe it’s governed by the same laws of physics, the same kinds of cosmic structures, and the same chance of complex life. We also know that, unless inflation lasted an infinite amount of time, the universe would have to fold, it would have to be finite.

To date, we do not have enough information to address this kind of problem. The only accessible information is the observable universe from the inside out, which has an extension of about 46 billion light-years in all directions.

All we can do is keep reading and keep asking ourselves questions. Maybe in the next few years, we will have a clear plan and description for our home universe. In the meantime…remember to keep it curious!

Thanks for reading till the end. Comments what’s your opinion about this information “Is Our Universe Finite Or Infinite?”.

2 thoughts on “Is Our Universe Finite Or Infinite?”