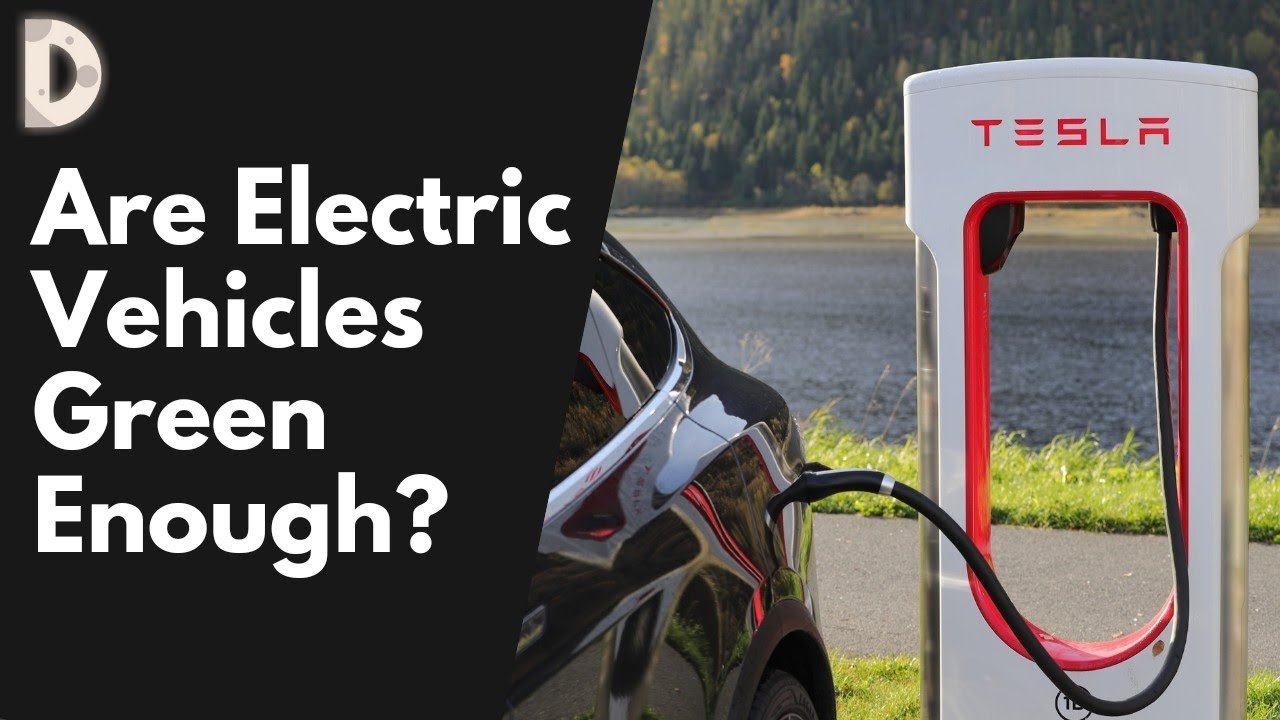 Are Electric Vehicles Green Enough?: Over the past decade, an all-time favorite of science enthusiasts, Elon Musk has confidently promoted the use of electric vehicles around the world. But are electric cars really good for the environment?

And are they the ultimate solution to aligning the transportation industry with what is needed to curb climate change? Today’s in this article we’re going to debug some common beliefs about electric vehicles.

Along with Tesla, many other manufacturers of electric vehicles market their products as cleaner and healthier alternatives to vehicles that use fossil fuels for energy. However, the debate over the credibility of these statements is still quite heated.

The world population of 7.8 billion people is an ever-increasing number. And with many of us still using transportation that runs on fossil fuels, it is one of the leading contenders for the contribution of greenhouse gases to the atmosphere.

About one-fourth of total carbon emissions come from the transportation industry, and about three-quarters of it is due to road vehicles. Onemain look at this data and conclude that if all vehicles run on electricity, we could revolutionize the entire industry… but at what cost are you willing to get it?

First, let’s look at the numbers. On average, the amount of greenhouse gases emitted to produce a car with a combustion engine is about 10-12 tons—this includes everything from mining iron ore to making a car ready for sale.

Here’s how much the car emits per year, which is about 4.6 metric tons. And finally, we have to take into account the extraction of fossil fuels themselves, such as petroleum and diesel—so let’s add up to about 280 billion tons of greenhouse gases per year.

Safe to say, the carbon footprint leaves in absolute astonishment. Now let us look at an electric vehicle. The car emits about 17-18 tons to produce, and since electric cars are only green with as much energy as you charge them, countries with coal-intensive power plants, currently have similar lifetime emissions. Could be the most efficient conventional vehicle.

However, as countries decarbonize electricity to meet their climate targets, driving and manufacturing emissions will continue to decline. Take the UK for example in 2019, the average lifetime emissions per km for the Nissan Leaf EV was almost three times lower than for a conventional car. .

But here comes the eye-opener that most people don’t consider… The Alvarez EV uses around 10kg of lithium along with a significant amount of cobalt. One ton of lithium produces a maximum of 90 eV.

Mining one ton of lithium emits over 15 tons of carbon dioxide, and don’t forget to add other greenhouse gases on top of that. Furthermore, mining lithium requires water, lots and lots of water—about 2 million liters, to produce just one ton of lithium.

These mines use up all the water from the surrounding areas along with depositing graphite dust particles on the ground, making the land around the mines fertile, thus leaving any farmer generally unemployed.

In addition, major reserves of lithium are located near some of the world’s most sensitive ecosystems. In 2016, a toxic chemical leak from a lithium mine in Upper Tibet completely destroyed the surrounding ecology, with thousands of dead fish washed away on the banks of the Liqui River.

The future of our so-called clean energy depends on lithium, and to make matters worse – it is used not only in vehicles but in many other everyday devices, such as smartphones and power in many cities. backup system.

Lithium consumption is expected to triple by 2025. But…it still isn’t even the worst part of the whole process. Most of the cobalt in EVs is sourced from parts of Africa – one of the poorest continents, where both child labor and labor exploitation are unaccounted for.

Now is the time to ask ourselves, are our ways of “saving the planet” justified? Yes, we need electrification not only in the transport industry but in all sectors, everywhere.

But is there an ethical and environmentally friendly way of doing this, and if we succeed, will generations from now look back on how we conducted ourselves and thought: exploiting land and people at all costs was it the right way? To make so many sacrifices, for the “greater good”… I’ll leave it to you.

Thanks for reading till the end. Comment what’s your opinion about this information “Are Electric Vehicles Green Enough?”.