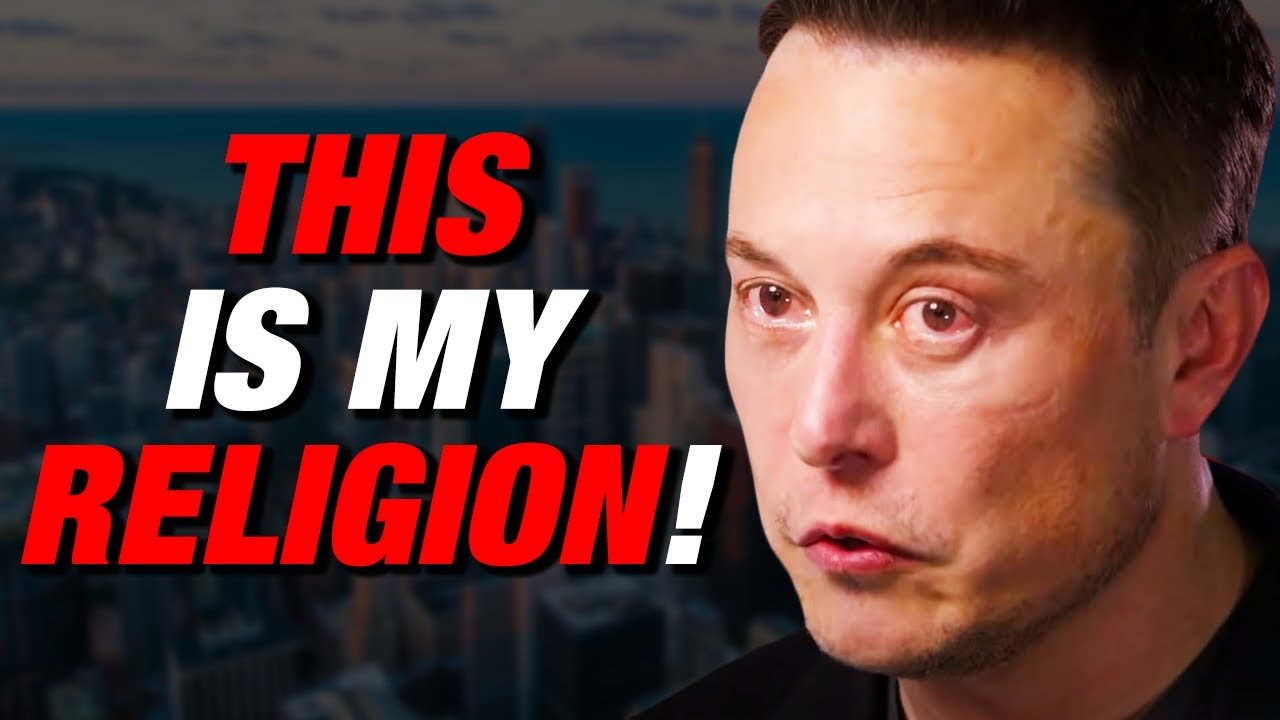 Elon Musk Revealed His Religion and Belief In God: What are the religious beliefs of a man literally reaching for the vast reaches of space? What could be such a scientifically minded man’s concept of spirituality? You can take a guess for sure but get ready to get shocked as we take a deep dive into what the richest man in the world thinks about religion and God.

The following passage is taken from one of the Wikipedia pages about Elon Musk that explains his religion. When questioned if the human species’ multi-planetary status was due to chance or physics laws, he replied that it was the latter.

Musk is said to have replied: “Well, I do. Do I think that there’s some sort of master intelligence architecting all of this stuff? I think probably not because then you have to say: “Where does the master intelligence come from?” So it sort of begs the question.

So I think really you can explain this with the fundamental laws of physics. You know it’s a complex phenomenon from simple elements” Elon Musk is an engineer who is the CEO of two of the world’s most successful businesses in highly competitive areas.

In another interview with Elon Musk, the host asks Musk: “Do you believe in God?” He replied: “I think the universe has to better explain this.”. One may therefore say that Elon Musk is an atheist who doesn’t believe in God and has a purely scientific and data-based approach to our world and the laws of nature.

However, the reality is actually not so very simple. Musk, who received the Axel Springer Award in Berlin in 2020, says he believed in God as a child. Musk revealed in an interview with Welt Am Sonntag that he went to an Anglican Sunday school and a Jewish nursery.

Musk explained that he went to a Jewish school because it was close by and had a “superb college.” “So one day I sing Have Nagila, the next day I sing Jesus. As a child, I think you just sing along.”

He had read “most of the religious texts,” said Tesla CEO in that interview. “I agree with some principles, for example with the commandment to turn the other cheek.” He also finds it important to forgive others – “this makes more sense than the Old Testament principle of ‘an eye for an eye,'” said Musk.”

I also consider the commandment to love one’s neighbor to be a good principle. But do I believe that all of these stories are literally true? Probably not.” Many people think it’s fantastic that Elon Musk, who is also the world’s richest man, believes, or at the very least, sympathizes with these great ideals and commandments.

When the world is in chaos and selfishness, when display and pride are the way of life for billions upon billions of people, someone like Elon Musk speaking about the significance of forgiving others, loving your neighbor, generosity, and turning the other cheek is crucial.

People who are referred to as “celebrities” frequently have nothing to celebrate other than their own goals and values. These “values” provide immediate gratification before dissipating, leaving a deep sense of emptiness and loss. Elon Musk, on the other hand, appears to desire to set himself apart.

It takes a strong character of gentleness and self-control to turn the other cheek and forgive your adversary. We should all strive to be that person who can not only provide for his family and put food on the table, but also love his neighbor, turn the other cheek to quench the flames of anger and create peace, and forgive those who do not treat you the way you want to be treated.

Musk indicated in the same interview with Welt am Sonntag that Tesla is open to an amicable merger with a competitor. While we don’t know if that will happen, it’s worth noting that Germany’s Economy Minister is wary of Tesla merging with a German automaker.

Daimler, the parent firm of Mercedes and Maybach, has been identified as a possible automaker. Daimler is gearing up to produce strong premium EV competitors for the market. Maybe Musk’s temperament can lead to good things in terms of collaboration later down the road? Only time can tell.

There is further evidence to suggest that Musk may be slowly turning to Christianity. During an interview with the satire website The Babylon Bee, he recently discussed his ideas on Jesus Christ and religion.

While the Bee’s main purpose is to entertain, their chat with Musk devolved into a serious topic of eternal importance – redemption through Jesus Christ. During the interview, the SpaceX founder answered questions from the Christian website’s CEO Seth Dillon, Editor-in-Chief Kyle Mann, and Creative Director Ethan Nicolle on a variety of issues.

Politics, wokeness, and the wealthy were among the topics they discussed. Musk joked about the interview taking place on Sunday at the conclusion, telling the Bee’s editors that they were all going to hell for not attending church. That’s when the conversation shifted to a genuine question about salvation.

Nicolle said, slightly tongue-in-cheek, but his overall tone indicated he wasn’t joking, “Babylon Bee is a Christian organization and we’re a ministry. …To make this church, we’re wondering if you could do us a quick solid and accept Jesus as your Lord and Savior? … Personal Lord and Savior. It’s a quick prayer.”

Musk sat stunned for a few seconds. Then he responded, “I agree with the principles that Jesus advocated. There’s some great wisdom in the teachings of Jesus, and I agree with those teachings.”

He continued, “Things like ‘turn the other cheek’ are very important, as opposed to ‘an eye for an eye’. An eye for an eye leaves everyone blind,” Musk said. “Forgiveness is important and treating people as you would wish to be treated. ‘Love thy neighbor as thyself.'” “But hey, if Jesus is saving people, I mean, I won’t stand in His way,” Musk added.

“Sure, I’ll be saved. Why not?” The Babylon Bee hosts celebrated Musk’s response. “I think he just said yes,” Nicolle asserted. Musk says he was baptized as a child when asked if he wanted to be. He also stated that he has many unanswered doubts regarding God, faith, and Jesus’ biblical stories.

Musk revealed that he had prayed for the Dragon Capsule mission after it successfully splashed into the Gulf of Mexico in a poignant address in 2020. “You know, I’m not very religious but I prayed for this one,” Musk said.

“I think this is something that the whole world can take some pleasure in, and can really look at this as an achievement of humanity,” he continued.

“These are difficult times when — you know, there’s not that much good news — and I think this is one of those things that is universally good no matter where you are on planet Earth, this is a good thing, and I hope it brightens your day.”

The name means “oak tree” in most cases. Various African groups, on the other hand, use it as a female name with the religious connotation of “God Loves Thee.”

Elon is a Biblical name that appears in the Old Testament. It was granted to one of Israel’s highest-ranking judges. In the United States, the number of baby boys given this name increased dramatically in the 2010s. This was almost certainly a result of Elon Musk’s growing popularity.

His name has a Hebrew origin, but it does not imply that he considers himself to be a Jew. His maiden name is also Haldeman. Many people like to link people’s middle names to their religious upbringing. If this is the case, Haldeman is a German name, not a Jewish name.

With a name like Elon Musk and South African ancestry, the chances of being Jewish are high. We can fairly assume, however, that he was named after his maternal great-grandfather, John Elon Haldeman. On the mother’s side, this is the Haldeman line, which is clearly not Jewish.

His travel to Israel reinforced these rumors because he was mistakenly assumed to be Jewish. He visited with Prime Minister Benjamin Netanyahu in this city. He also took his family to some of the most historically significant Jewish places.

However, the visit was mostly for business interests, with Tesla’s future in the Middle East being a primary focus. He may not be Jewish or outwardly Christian but he seems to slowly be finding God.

Thanks for reading till the end. Comment what’s your opinion about this information “Elon Musk Revealed His Religion and Belief In God“.