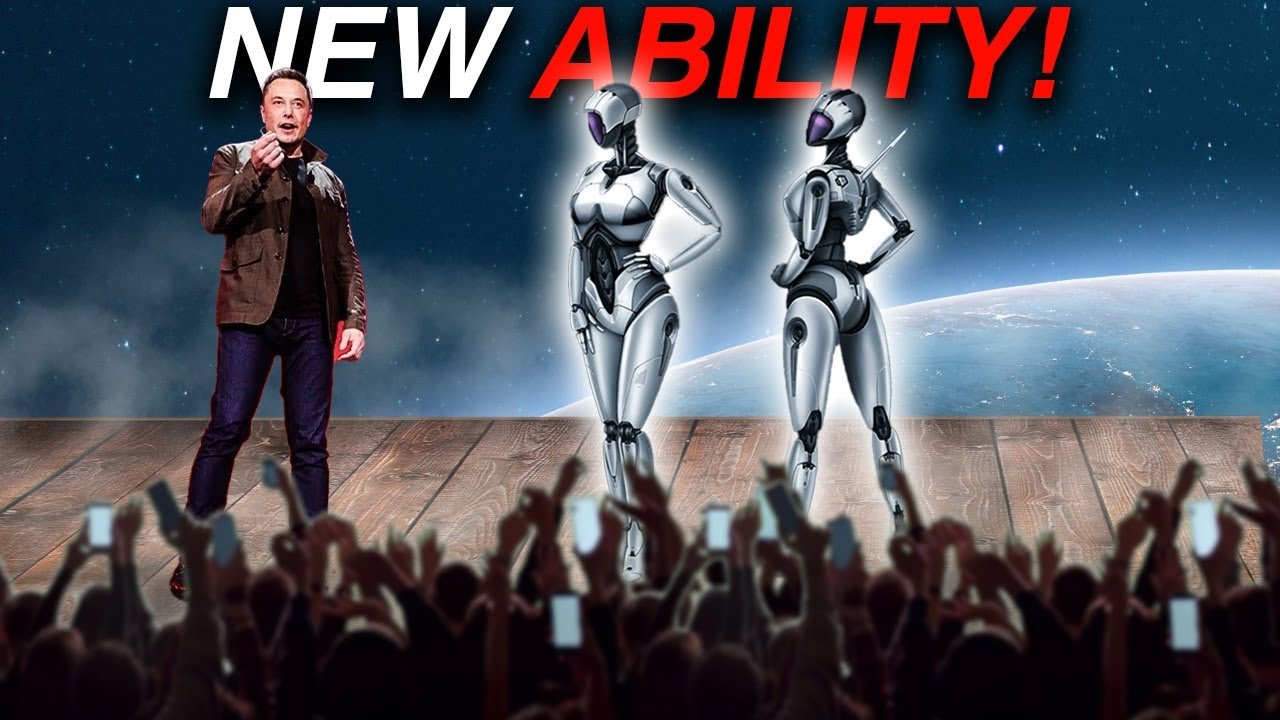 Elon Musk: A Seductive New Ability, That Could Split Humanity:- The world is growing faster day by day. Technology and Artificial intelligence are growing rapidly. Things and gadgets are becoming more intelligent and interesting than we ever thoughts. they are becoming smarter and more helpful for humans.

In today’s article, we are gonna talk about how Elon Musk offers a new seductive ability that can split humanity.

This new home robot can dance, vacuum, and tidy up and it has another feature that’s even better. Home robots are taking off rapidly they can be fun, save time, detect diseases, and could reshape society into a better world where the hybrid society of humans and robots will be living.

EMO is an ai robot with some impressive skills. He can help with small things like turning on lights. He can take your photos. he plays games with you where you feel bored. You can talk to him or shoot him whenever you want and it will die instantly in a dramatic way. And he can recognize you from his sensors and can hear your voice and easily recognize it. And also able to tell where sounds are coming from.

EMO has a lot of characters like the humans for example if he loos a game with you he feels angry and shows an angry face with the same gestures. These types of robots are getting really popular because of the variety of robots.

There is a robot name Eilik. Eilik loses the feet and gains arms. It can communicate and play games with friends. These robots are designed to fight. Japan holds robot fighting competitions with amusing entrances, samurai swords, and wrestling. This robot mimics your movements using controls strapped to your waist.

It has a sword and shield and sensors to detect impacts. Three years ago people were impressed that a robot could kick a ball. That was a fine robot but with a price tag of 3000 dollars. This new robot costs five hundred dollars and it can kick a ball into a goal. It can also work with colors, motion track, recognize you, and sort objects. And it’s one of a special breed of small robots that aren’t just toys.

ClicBots were created by an award-winning animator from the movie wally. It can be put together in hundreds of different ways walking on walls or moving like a snake. And of course, dancing and there’s something special about these two robots.

Robots have made Elon musk the world’s richest man. He uses so many robots in their company that make more profits for him. He doesn’t care if his employees have degrees there’s no need even to have a college degree.

At all or even high school and his kids don’t go to a normal school. He created a school for them where they learn from practical challenges. We think that memorization is science and that’s not true at all picking a problem and then using math or physics to solve that problem is far more engaging click bot and emo can be programmed helping people to learn code.

The world is short of 40 million coders and that’s expected to reach 85 million by 2030. People can learn more while doing some fun thing and that’s the main idea of learning from Elon musk.

With Clicbot, it goes all the way from recording and playing back actions to full coding. Some might prefer a programmable tank that fires gel balls and teaches math and science in a fun and amazing way.

The company behind it also made my favorite toy an FPV drone. It helps you see places from a completely new perspective and it pretty much flies itself. And you don’t have to worry about yourself while driving.

The Jetson one enables you to fly without a pilot’s license. The details are on their website. It seems a really high-quality machine. It uses lidar sensors to track terrain and avoid obstacles if you let go of the controls it will hover and there’s a ballistic parachute for emergencies if the flight computer crashes backup systems will kick in.

It can fly for 20 minutes after charging for an hour or two and the top speed is software limited to 63 miles an hour. This seems fast enough to me because more speed also increases the risk of getting hit by any obstacles while driving.

The jetson one costs 82 000 and it sold out for this year. It’s just five years since the Swedish company was founded an impressive pace of development.

Skydrive is aiming to be available next year. This is how it expects air traffic to look as flying taxis take off the traffic density is certainly ambitious. I think the aviation authorities would require some persuading but back-to-home robots of them are genuinely helpful.

This one uses lasers to navigate and an ultrasound sensor to detect different flaws if it’s a hard floor it’ll clean it by quickly moving a small knot back and forth as it goes it sounds ambitious but reviews are pretty positive.

There are also pool cleaning, window cleaning, ironing, and mowing robots. These robots can be a great future part and already becoming a part of daily life.

Scribit robots can draw on walls and then clear them off. Making your home into a kind of etch a sketch. it’s a pretty cool idea the reviews are a bit mixed but as it improves I could see it really good in the future.

If you have the courage to put an ai robot on your desk why not a plant? this one can show if the plant needs watering or more light or if it’s too hot. You can show the QR code to configure it for different plants. sounds really interesting and I also would like to buy this type of thing to decorate my home. Which is gonna be some peaceful sci-fi vibes.

Amazon’s Astro can monitor your home and let you know if it sees anyone that it doesn’t recognize or hears any unusual sounds. It can be accessed remotely for video calls and when you’re home.

It can find you to check you get reminders timers and messages. It can carry drinks and can be expanded to carry a blood pressure monitor. There is a bot called the labrador retriever which is a simple robot to move things around for people with disabilities and there are wardrobes that automatically sort clothes for people who can’t be bothered.

Autonomous Tractors can now till fields using cameras and sensors and it doesn’t even require a new tractor. An upgrade kit has been launched by one of the world’s biggest farm equipment companies. Also, hotel robots are delivering room service and flippy uses ai and computer vision to cook fast food.

Robot waiters are currently selling for around twenty thousand dollars and as the price comes down they’re gonna become more common with this manufacturer.

Locks and hinges have started renting robots at eight dollars an hour that’s half the minimum wage for a worker. This robot can also kill employment in the future so many of will should have to afraid of this.

There is a type of drone that can even identify ripe fruit before picking them and dropping them into bins they coordinate to avoid crashing into each other. So there is so much variety of robots that is changing the world and the richest person on the earth Elon musk also become so much rich because of these robots and efficiency of delivering the products so good that they can manufacture it on a high level without compromising anything.

They also investing in Neuralink and other tech projects because they can imagine the upcoming world is of AI and robots so the more be prepared for the worst scenario of AI and robot invasion that will be more good. The speed that ai and robotics is growing till 2050 there will be a huge revolution in the world because of this.

Thanks for reading till the end. Comment what’s your opinion about this information “Elon Musk: A Seductive New Ability, That Could Split Humanity“.

1 thought on “Elon Musk: A Seductive New Ability, That Could Split Humanity”