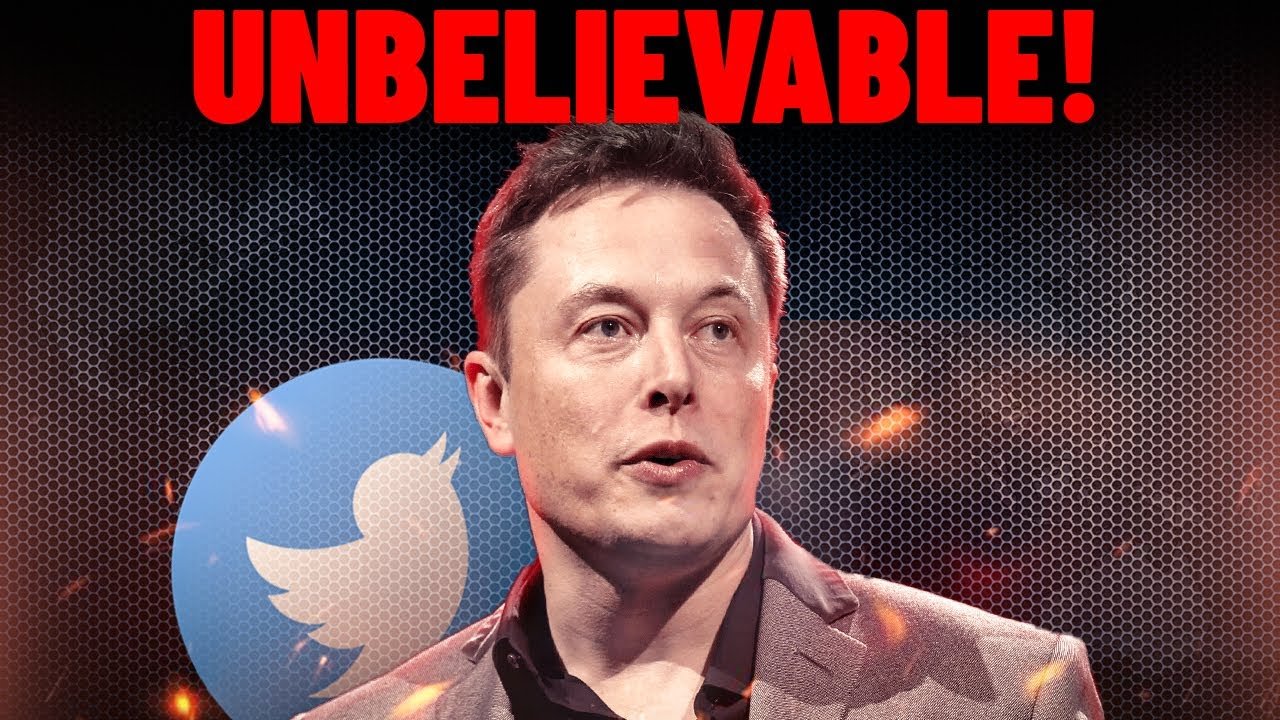 Elon Musk Expose Classified Twitter Information:- Elon Musk just dropped a major bomb about Twitter. He revealed the dirty secrets of how the platform actually works—and it’s not pretty. According to Musk, Twitter is full of bots that are used to harass people and spread misinformation.

He also said that Twitter has failed to address this issue adequately. So what can be done? This is a huge blow to the social media platform! Earlier in June 2022, Elon Musk discussed the state of the Twitter acquisition during an interview. Let’s hear what he had to say.

The concerns raised by Musk during the interview are significant. How will it affect the Twitter acquisition? Does this impact Twitter’s future as a social media platform? Stick around till the end and we’ve got you covered.

During the course of the deal-making process, Elon Musk discovered that a large portion of the users on the social media platform were bots and fake accounts. He also noticed that these accounts were producing a lot of spam.

A question then occurred to Elon Musk, were a lot of the interactions on Twitter with bots and fake accounts? How many of them were even real? What was the point of a social media platform overrun with spammy messages and propaganda?

Well, once Musk made his claim, Twitter’s lawyers revealed that Musk had violated a non-disclosure agreement. Twitter and its lawyers would have preferred if these details were kept secret, but this is not possible when Elon Musk is around, even with a legally binding NDA!

Twitter handled this revelation by Elon Musk rather poorly; they just came out with a typical corporate response saying that they were intent on completing the transaction. They did not make any assurances of rectifying this issue or propose safeguards for the future.

Some mainstream media publications decided to put a negative spin on the news that Elon revealed, and they said that Musk was trying to back out from the Twitter deal. However, the public saw through the façade.

For years users of social media platforms have been complaining about how their experience was being ruined due to the presence of bots and fake accounts. There were many instances where people were duped, or fake news was spread by these accounts.

So to the public, Musk was talking about an issue that they had been complaining about for years. Let’s look at the information that is publicly available. So Twitter is a listed company, and it has to make filings to the securities regulator in the USA, i.e., the SEC.

In their filings, Twitter generally maintained the position that fewer than 5 percent of its accounts were fake. But Elon Musk’s revelation is that this figure could be as high as 20%. So think about it, 1 in 5 accounts could be bots and fake accounts.

How many of your interactions on social media were actually with bots? During a technology conference in May 2022, Musk stated, “The more questions I ask, the more my concerns grow, So you know, at the end of the day, acquiring it has to be fixable with a reasonable time frame and without revenues collapsing along the way.”

Later Twitter’s CEO Parag Agrawal tweeted that according to the company’s internal estimates for the last four quarters, “were all well under 5 percent.” Elon Musk responded to the CEO’s tweet thread with a poop emoji.

He also tweeted at the Securities and Exchange Commission, indicating that he wants the agency to look into the deal. So in response to Elon Musk’s revelations and the growing public sentiment about the bot problem at Twitter, the company provided Elon Musk with historical tweet data and access to its so-called fire hose of tweets.

So think of the firehose as a full flood of all tweets that people post on the platform. And these tweets are available in near real-time. But here is the challenge. The firehouse will just give Elon Musk the millions of tweets that are created every day.

But how is that information useful to diagnose the issue with fake accounts and bots? This is what is traditionally known as a data dump. It is a common legal strategy that is employed.

When this strategy is used, one party provides an incredible volume of data or documents to the other party, just to drown them in documents and data. Experts on social media have taken the view that Twitter’s firehose is a public stream of tweets that contains such a vast amount of finite data that it isn’t practical to analyze it for spam or fake accounts.

That is precisely the challenge Elon Musk faces. He and his data scientists have to get together and find a way to parse all this data and find out the true extent of Twitter’s bot problem.

People who have studied Twitter’s data said digesting it in a timely manner is challenging because of the volume of data received and the amount of resources needed to analyze it, namely computational power, infrastructure, and expertise.

With Twitter’s fire hose, Elon Musk would be able to find some instances of behavior that might point toward fake or spam accounts, such as when an account posts more tweets than a human possibly could over a short period.

But such findings could also include automated tweets that disseminate useful or entertaining information such as weather alerts or photos of cute animals. It could also miss sophisticated, humanlike bot behavior, he said.

At the same time, Twitter’s firehose doesn’t include certain information that could help confirm if specific accounts are individual humans—such as their IP addresses, phone numbers, and other private data.

If Elon Musk comes up with his own estimate of spam accounts, it likely wouldn’t be an apples-to-apples comparison with Twitter’s own estimate. Twitter has said its number is based on multiple human reviews of thousands of accounts sampled at random, coupled with user data that it doesn’t disclose.

Elon Musk would have to replicate their process somehow to credibly dispute their behavior. The limitations to the fire hose data could meaningfully affect how percentages of users are calculated.

The fire hose doesn’t provide data on users who log onto the platform to read tweets but don’t themselves post—likely a significant share of the platform’s users. That means it can’t be used to estimate the total against which to compare any estimated number of fake accounts.

Further, Twitter and Elon Musk also would need to agree on what constitutes a fake or spam account. There is no universal definition of those terms, and companies typically don’t share their definitions because that information could be used to circumvent safeguards, he said.

Lastly, let’s look at how Elon Musk will solve Twitter’s bot problem. In May 2022, Elon Musk complained on Twitter, “The bots are angry at being counted.” But in all seriousness, Musk has some plans regarding Twitter’s future.

Elon Musk participated in the Twitter town hall earlier in June 2022. He spoke about his plans for the company and stated that he intended to go ahead with the acquisition. He stated, “I want Twitter to contribute to a better, long-lasting civilization where we better understand the nature of reality.”

Further, he hoped the service could help humankind “better understand the nature of the universe, as much as it is possible to understand.” Regardless, one of Twitter’s biggest headaches — the verification process could be one solution.

Twitter could open up its verification process and make it available to everyone willing to prove they are who they say they are and charge a small processing fee. That would lay the groundwork for timeline improvements where the default setting is to only see tweets, replies, and DMs from verified users.

While there could still be an option to allow unverified content, that would be opt-in. Further, follower counts would be adjusted to only show verified users to give a realistic view of what one’s audience looks like.

This would make it much more difficult for bot farms to create new accounts as well as keep people that are banned from Twitter from signing back up with a new email address and throwaway phone numbers.

Those that don’t want to pay the small fee for getting verified will still have the ability to use Twitter the way they normally do. This would increase the revenue that Twitter generates since advertisers would gladly pay more if they can trust that they’re paying for ads served to real people. And that’s a wrap.

Thanks for reading till the end. Comment what’s your opinion about this information “Elon Musk Expose Classified Twitter Information“.