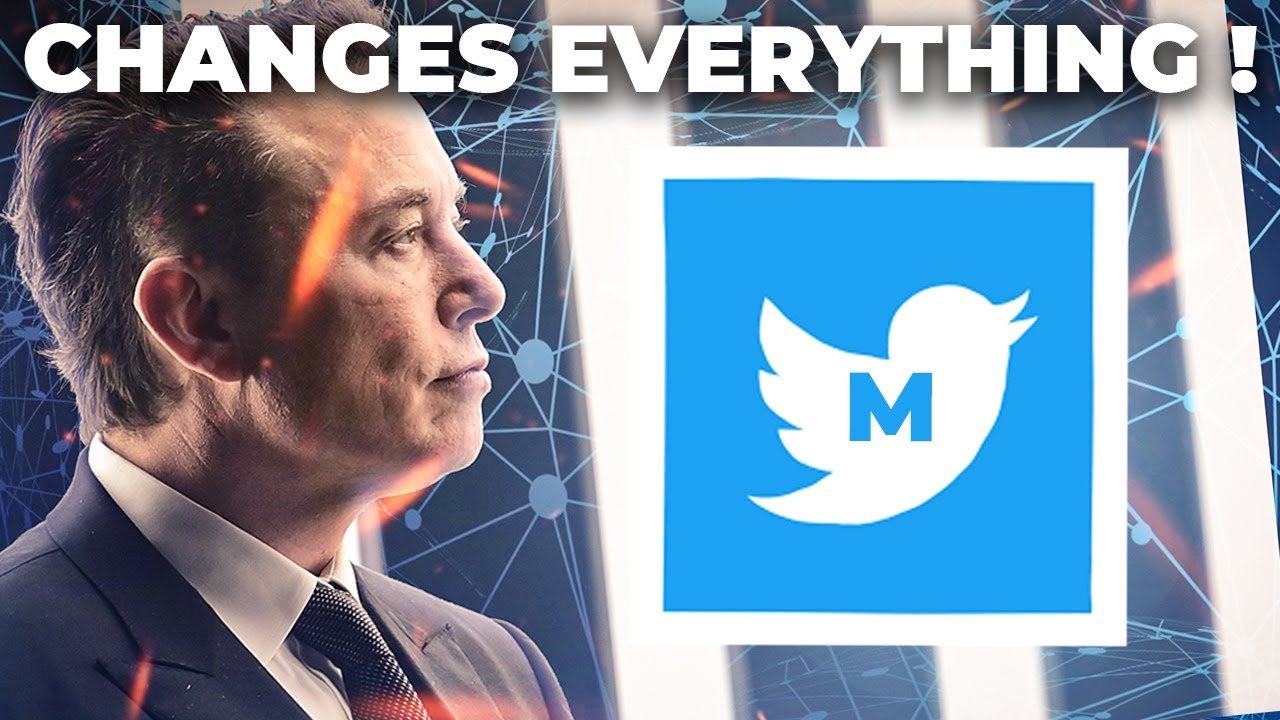 Elon Musk JUST CHANGED Twitter After Buying It: Elon Musk just recently acquired a 9.1 percent stake which made him one of the top shareholders of Twitter. Now, a week after he revealed he is the highest shareholder, he has offered to buy the whole company to take it private.

We believe if the tech billionaire acquires Twitter, he will bring tremendous improvements to it. Musk is an active individual on the social media platform, and he is equally innovative – especially at developing and improving things.

Musk said Twitter has become kind of the de facto town square in an interview. People must have both the reality and the perception that they can speak freely within the bounds of the law.

An hour after the news of Tesla’s boss buying Twitter came out, Musk tweeted that he had made an offer. So, what is this offer all about? Let’s get right into it!

Musk’s offering to buy Twitter is one of the latest news about the billionaire tech entrepreneur and the social media site. It comes just days after he revealed his intention of not wanting to join Twitter’s board of Directors after acquiring a 9.2% stake in the company.

Don’t forget, he acquired the stake in March, and the nearly $3 billion acquisition made Musk Twitter’s largest shareholder then. Later, the Vanguard Group increased its stake and bumped him from the top spot.

The SpaceX CEO has bid to acquire 100% of Twitter, and this move has generated mixed reactions online. His followers and supporters were so excited that he might own the social media platform.

Still, many more voiced concern at the idea of the reportedly richest person in the world owning Twitter and adding the company to his already existing assets. However, Musk said he’s not all about making money from Twitter. That means – he doesn’t perceive the acquisition as any form of financial gain. Instead, he sees it as a service that will benefit the world at large.

Elon Musk wrote in a letter sent to Twitter Chairman Bret Taylor: “I invested in Twitter as I believe in its potential to be the platform for free speech around the globe, and I believe free speech is a societal imperative for a functioning democracy.”

In this letter, he revealed his aim for buying the initial shares and his proposition of owning the entirety of Twitter. According to Musk, the social media company needs to go private because it can “neither thrive nor serve” free speech in its current state.

If you’re very conversant with how Twitter operates, you will agree with the position of the Tesla Boss. Additionally, you need to understand that Musk is an absolutist when it comes to freedom of speech.

He supports it to the core. A couple of weeks back, Elon Musk said that some governments around the world have told Starlink to block Russian news sources, but he outrightly declined that. In his exact words, We will not do so unless at gunpoint.

The billionaire later apologized for being an absolutist in terms of freedom of speech. Even though Russia has been under many sanctions, Musk doesn’t feel it is right to deprive them of their freedom of speech in addition to the existing sanctions imposed on them.

“My offer is my best and final offer, and if it is not accepted, I would need to reconsider my position as a shareholder,” Musk tapped Morgan Stanley as a financial advisor, according to the filing.

He claimed later during a talk at TED2022 that he isn’t interested in acquiring Twitter to make money off it, and he added that he’s not sure if he’ll even be able to buy the company. Musk said at TED2022, “This is not a way to sort of make money.”

He explained further, “It’s just that I think my strong, intuitive sense is that having a public platform that is maximally trusted and broadly inclusive is extremely important to the future of civilization.”

Also, he concluded, “But yeah, I don’t care about the economics at all.” In one of his numerous tweets, he said, “Twitter has extraordinary potential. I will unlock it an hour after the story broke.”

Musk is an avid Twitter user. Therefore, the fastest means to reach out to the SpaceX Boss is via Twitter. He responds swiftly despite his tight schedule. Remember when the Ukrainian minister of digital information reached out to Musk when Russia started its military operation in Ukraine.

He responded immediately and sent a truck loaded with Starlink satellites to them within days. The Tesla CEO is also one of the site’s biggest critics.

Musk tweeted a poll to his 81 million followers in March, asking whether users believed Twitter was protecting free speech. He said the poll results in which roughly 70% of 2,000,000 respondents answered, No.

It would be very important as part of his original agreement to join Twitter’s board that Musk had pledged to cap any investment at 14.9% while serving a two-year term. With the agreement now scrapped, Musk is free to add to a stake if Musk acquires Twitter.

He said he would love to increase the public’s trust in the platform by making it a place of inclusivity and true freedom of speech, a necessary feature of any functioning democracy.

During an interview at the 2022 Ted Conference in Vancouver, Musk said that he values truth. On April 9, he shared a tweet reading: “Truth is the first casualty,” with an image from a YouGov survey showing the most trusted media organizations since announcing his stake in Twitter.

In April, Musk posted several tweets about what he’d change at the company, one of which has since been deleted. He asked whether Twitter San Francisco headquarters should be turned into a homeless shelter. Because no one shows up anyway.

Also, he asked if Twitter was dying. Being one of Twitter’s largest shareholders, Musk already has a lot of power. He can team up with other shareholders and push for any changes he wants to see. Musk also tends to sway public opinion with his tweets.

After he tweeted that Tesla would no longer accept Bitcoin as a form of payment. Multiple Crypto Coins dived. The cryptocurrency surged when he said Tesla would start accepting Dogecoin for some merchandise. He could use the same power and influence to bring changes to Twitter without buying it.

If he eventually acquires Twitter, Musk proposed some changes he would make to the social media platform, including an edit button, something he pulled his followers about a couple of weeks ago.

Twitter has been working on an edit feature since 2021. Something Musk didn’t acknowledge during his Ted conference interview, Musk’s edit button would be time-sensitive and also zero out any retweets.

The SpaceX CEO has stated that eliminating scam bots and bot armies on Twitter would be at the top of his priority list. He noted during his interview that they bring down the site’s product value and make it worse for users.

Musk said he would ensure that Twitter’s content moderation practices are more transparent. He also added that users should be aware of whether tweets are promoted or de-emphasized, manually or algorithmically.

He criticized permanent bans from Twitter and advocated for temporary suspensions instead. Musk believes Twitter’s coding structure should be transparent as well. He said he would post its open-source data on GitHub, a popular forum for coders, if he purchases Twitter.

Therefore, people can access the company’s data, identify flaws, and offer solutions. Musk is an enthusiastic Twitter user, and he has more than 81 million followers. However, he said he doesn’t have a strategy for his Twitter account. His tweets are purely reflections of his thoughts.

It’s impressive considering neither Tesla nor SpaceX operates a marketing or public relations department; news and developments at both companies are often shared first through Musk’s Twitter account.

Musk’s interest in acquiring Twitter is nothing new. Because this is not the first time, a billionaire would be investing in media organizations.

Mark Zuckerberg, founder, and CEO of Meta, formerly Facebook, has done it. He bought Instagram in 2012 for $1 billion and WhatsApp in 2014 for $19 billion. Some moment after his Ted event interview, Musk tweeted his offer should be put to a shareholder vote despite all the attention.

Some analysts believe Twitter won’t accept Musk’s offer. A handful of Twitter’s investors think the $43 billion offer is too low and say the company will likely look around for other buyers.

After around two weeks, Elon Musk and the board have now agreed on the net sum of $44 billion for Twitter. We can’t wait to see what changes this tech-giant has in mind for the social media platform!

Thanks for reading till the end. Comment what’s your opinion about this information “Elon Musk JUST CHANGED Twitter After Buying It“.

2 thoughts on “Elon Musk JUST CHANGED Twitter After Buying It”