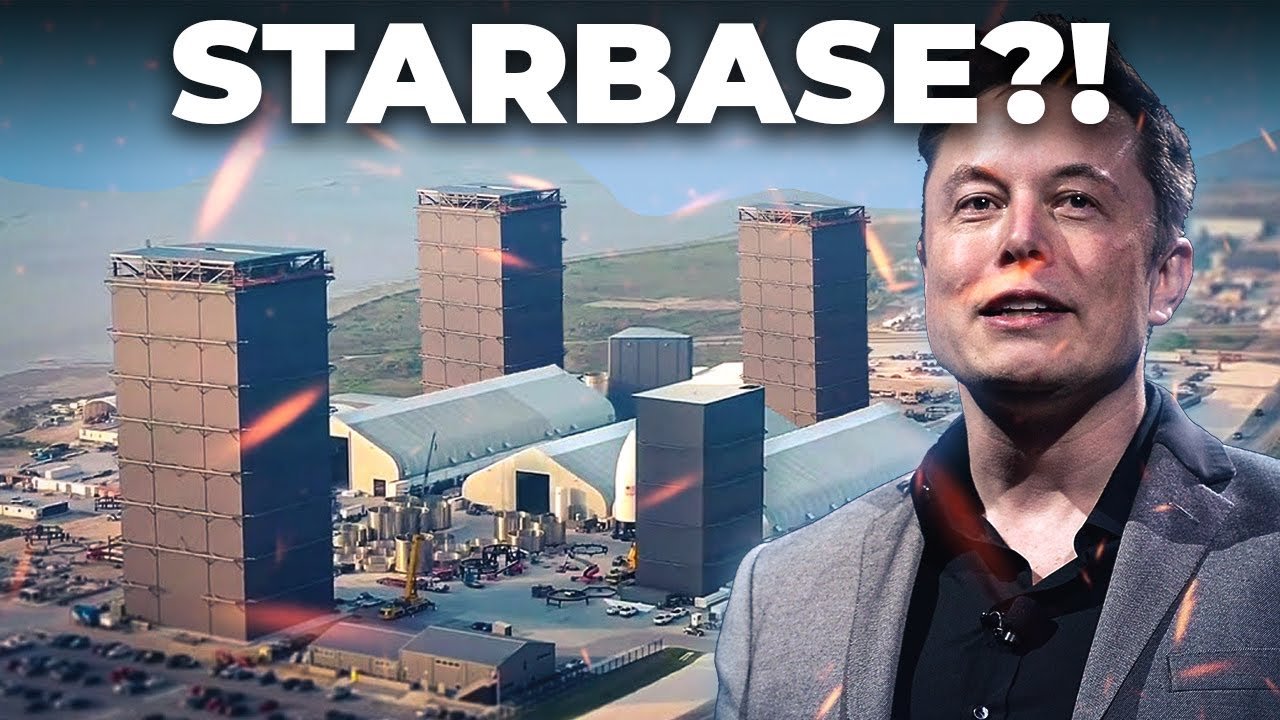 Elon Musk, CEO of SpaceX, believes that humanity’s ability to build a wholly reusable rocket system capable of carrying a large quantity of equipment, supplies, and people deep into space is the holy grail of making life multi-planetary. That’s why SpaceX is developing the Starship.

“The critical threshold to pass one of the most important great filters for any species is to have the other planet no longer dependent on the original planet. Starship is capable of doing that.

This new enormous rocket is capable of getting a million tons to the surface of Mars and creating a self-sustaining city. And I think we should try to do that as soon as we can,” Elon Musk said. Starship is SpaceX’s largest reusable rocket.

The company’s been testing Starship prototypes for several years, but none so far have reached space. As SpaceX has encountered both technical and regulatory hurdles. Aside from a potential breakthrough for space travel, Starship is in so many ways also indispensable for the future of SpaceX.

Many analysts and experts have said if SpaceX succeeds with Starship and, therefore, with Starlink, that could create and generate SpaceX into a company that’s not just a $100 billion valuation company but a trillion-dollar valuation company or more with its reusable rocket technology.

Even before founding SpaceX, Elon Musk had dreamed of reaching Mars, and Starship is the means to that end. The first thing you notice about Starship is that it’s monstrous.

The vehicle is made up of two stainless steel components. At the bottom stands the first stage, the Super Heavy booster. Stacked on top is the second stage, the Starship spacecraft, which will be able to carry more than 100 metric tons of cargo and crew per launch.

Collectively referred to as “Starship,” the two components loom nearly 400 feet into the air, almost 100 feet taller than the Statue of Liberty.

Getting all of this weight off the ground is no easy task and will require thirty-three of SpaceX’s Raptor engines for the booster and another seven engines for the Starship spacecraft.

Elon Musk’s key to lowering the costs of this project is reusability. SpaceX sells its smaller Falcon 9 rockets for between $60 and $90 million but has brought the cost per launch down to under $30 million by landing the booster, the most expensive part of the rocket, and using it multiple times.

“With Starship, SpaceX hopes to go one step further, reusing both the Starship spacecraft and the booster. The booster is going to take off and then fly back to the launch tower and, aspirationally, land on the arms. Which does sound insane.

If it does come in too fast and shear off the arms, then I guess it will be a farewell to arms.” Musk said to the amusement of the audience. The retrieval of the Starship spacecraft seems equally challenging.

The idea is for the Starship to re-enter Earth’s atmosphere on its side, its heat shield-covered belly protecting the vehicle from the intense temperature. Closer to the ground, Starship’s Raptor engines will kick in and flip the vehicle vertically for landing.

Starship has yet to fly any missions, but the project has already brought in some major funding for SpaceX. SpaceX has new contract revenue streams through a major NASA deal to use Starship for the agency’s Artemis program to deliver astronauts to the moon’s surface by the middle of this decade.

SpaceX was the sole winner of the nearly $3 billion contracts, beating out Blue Origin and Dynetics. NASA has already begun paying hundreds of millions of dollars to SpaceX already towards that development contract. The majority of SpaceX’s revenue comes from its launch business.

The Falcon 9 and Falcon Heavy series of rockets have been generating upwards of $2 to $3 billion of revenue a year for the company.

They’ve been able to generate a lot of returns through rideshare programs, delivering cargo and astronauts to the International Space Station for NASA and other international partners, and, more recently, been delving into flying private astronauts.

But SpaceX’s golden egg will likely be Starlink, a satellite internet business that is expected to eventually surpass SpaceX’s rocket business.

Elon Musk has previously estimated that the company’s Starlink business could generate revenues of upwards of $30 billion a year. Starlink is a global internet satellite network made up of thousands of satellites known as a constellation.

SpaceX has so far launched around 2,000 satellites, but Musk has said that around 12,000 satellites would be needed before the constellation is fully operational.

Eventually, SpaceX hopes to bump that number up to 42,000 satellites. Musk recently expanded Starlink service to Ukraine at the request of the country’s vice prime minister. In early March, Musk tweeted that Starship development may be delayed as SpaceX focuses on aiding Ukraine.

Under the current deployment plan for getting the number of Starlink satellites that SpaceX needs in orbit to get the system truly operational and global and providing service as broadly as they desire, it’s very difficult to see how SpaceX will be able to achieve that in both a cost-efficient and timely manner without Starship.

With the fates of Starship and Starlink so closely intertwined, the pressure is on for SpaceX and Elon Musk to get Starship off the ground, but the company faces some steep challenges.

More recently, Musk said that SpaceX is making good progress concerning Raptor 2 production. “We’re close to achieving a Raptor 2 everyday production rate, so we’re sort of seven a week, which is tough for a complex engine.

And I think by the end of this year, we’ll be able to produce a ship and a booster per month. The only remaining issue is that we’re aware of melting the chamber. It’s like on the order of a gigawatt of heat.

So it’s like what a nuclear power plant produces. So it is desperately trying to melt at any point in time,” Musk explained. To understand this challenge, it helps to know a little bit about rocket engine design.

A rocket engine in its basic form is quite simple, you just have what is referred to as a thrust chamber, a combustion chamber. You just bring in oxygen and your fuel, and you’re burning it into that chamber. The challenge is that the chamber is running at really, really high pressures and high temperatures.

So doing that means that you know, first it needs to be higher pressure to push the propellant in. But then this chamber has to be able to handle the temperatures that are seen on the inside without melting.

As the oxygen and fuel burn, they eject a high-pressure gas from the nozzle, which in turn propels the rocket into the air. While most rocket engines use either kerosene or hydrogen as fuel, Spacex decided to make its Raptor 2 engines run on methane.

SpaceX used methane primarily because it’s the perfect balance between hydrogen being an expensive fuel and challenging to operate, versus kerosene, which is yes, it’s cheaper, but the energy density is lower compared to methane.

The key challenge with using methane is that it will run hotter than the typical kerosene. So SpaceX has publicly noted that they’ve developed special alloys to handle the higher temperature of methane. But despite these challenges, methane also possesses other advantages:

One of the components that erode these engines is fuel coking, which is worse with rocket propellant, kerosene-based fuels, but it’s less of a problem with methane. Coking is essentially the soot that you see coming out of your car exhaust.

It’s primarily unburned fuel that is essentially heated at really high temperatures and pressures, and that could go into fuel injectors inside the engine. Another plus that Elon Musk has talked about in the past is the ability to easily create methane on Mars and use it as a fuel for the return trip to Earth.

While SpaceX has had several successful Starship launches, the company has lost several prototypes during landing attempts. In May 2021, SpaceX successfully completed its first high-altitude test without the Starship rocket being destroyed.

Besides technical problems, Starship also faces regulatory challenges. The FAA has said it would complete its environmental assessment by March 28th, which would give them a launch license to take Starship tests from just short flights all the way to space, but that date could have been shifted further because the agency needs more time for a deeper review.

Beyond just benefiting SpaceX, experts believe that having a rocket-like Starship that’s able to lug a massive amount of stuff into space will open up opportunities for other applications.

Thanks for reading till the end. Comment what’s your opinion about this information “Elon Musk INSANE NEW SpaceX Starship Update“.