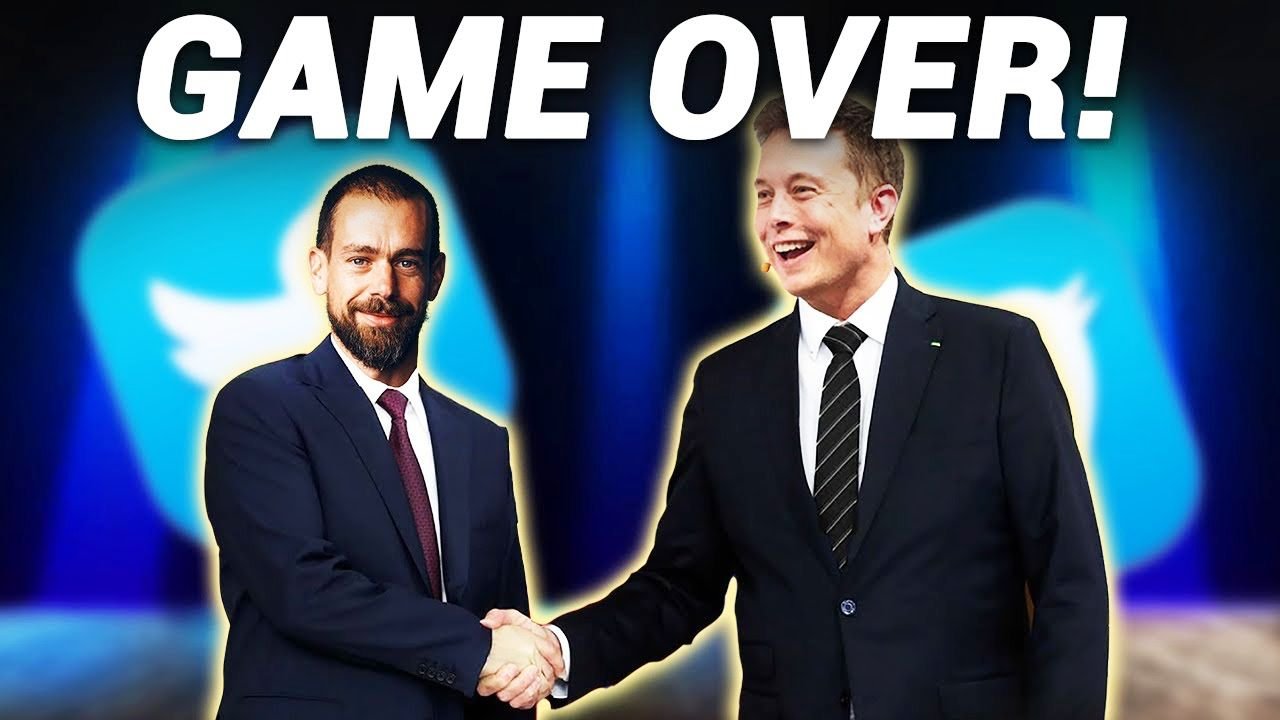 Insane Partnership Between Elon Musk & Jack Dorsey’s Bromance Changes Everything!: In a world where tech executives are constantly on the opposite sides of the divide, Elon Musk and Jack Dorsey have managed to break the code and maintain a great relationship over the years.

That bromance is set to become even stronger as both billionaires have formed a tag team to fight off their common enemy.

In today’s article, we’ll be revealing how the latest partnership between Elon Musk and Twitter changes everything. But how did their bromance start? How did it grow to become this strong? What’s the role of Crypto in their relationship? Why is Jack Dorsey teaming up with Elon Musk to fight Twitter’s board? How did this fight end? And what does the future hold for their friendship? Let’s find out together.

In a Twitter post, Jack Dorsey said Elon Musk was a “really good model” of how to use the platform. So how did their relationship grow to become this strong?

Once the first seeds of this friendship were sown, nurturing it was always going to be easy. And they proved that right four years later, in 2020, when Jack Dorsey asked Elon Musk for a “direct feedback” about Twitter during a video call session that was attended by thousands of the company’s employees.

The Tesla boss offered his two cents as he called for a system that would differentiate fake Twitter accounts from the real ones. In March that same year, Elon Musk stood up for his friend Dorsey in the face of adversity.

Elliott Management, an activist hedge fund bought a 5% stake in Twitter, and threatened to dethrone Jack Dorsey as CEO of the company because they felt he was distracted by his responsibilities as CEO of Block Inc, financial services firm that he also founded. “Just want say that I support @Jack as Twitter CEO.

He has a good heart,” Musk tweeted. Later that year, it was Jack Dorsey’s time to return the favor. Elon Musk’s Twitter account was hacked, and the billionaire immediately rang his friend Jack Dorsey on the phone, and the issue was resolved in a twinkle of an eye.

“Within a few minutes of the post coming up, I immediately got texts from a bunch of people I know, then I immediately called Jack so probably within less than five minutes my account was locked.”

At this point it was kind of clear to us that these two were much more than just social media buddies, and this brings us to our next question.

What’s the role of Crypto in their relationship?

Apart from sitting on the helm of affairs at big companies, Elon Musk and Jack Dorsey have a common goal of promoting crypto adoption across the world. Over the years, they’ve both used their platforms to amplify the benefits of crypto and blockchain to everyone that cares to listen. Furthermore, both men can be classified as stakeholders of some sort in the crypto industry as well.

Musk owns a couple of digital currencies, including bitcoin, ethereum, and dogecoin. And his electric car company Tesla, currently holds bitcoin worth around $2 billion on its balance sheet.

At some point, Tesla accepted bitcoins as payment for its cars. However, the scheme was abolished due to environmental concerns about the mining process of bitcoins. Musk, however, promised customers would be able to buy Tesla vehicles with bitcoin when sustainable energy forms are used to mine the digital currency.

And his friend from Twitter, Jack, swung into action by investing $5 million through his financial services firm, Block Inc., to build a solar-powered bitcoin mining facility in the United States. The payment platform is also in the process of developing a user-friendly bitcoin hardware wallet.

Furthermore, Jack Dorsey openly declared in 2019 that he owns bitcoin and his company holds over 8,000 tokens of the digital currency as well.

Jack Dorsey also speculates that bitcoin could one day replace the US dollar, and just last month, President Joe Biden discussed the possibility of introducing digital dollar to reduce the “high cross-border transaction fees” and promote greater financial inclusion for the unbanked population.

In June 2021, Jack Dorsey invited Elon Musk to the B-Word conference, a bitcoin-focused event that aims to explain the concept of bitcoin and digital currencies. Musk squeezed out time from his busy schedule to honor Jack’s invite. And that’s when it became obvious to the rest of us that both men are beyond acquaintances.

Why is Jack fighting the board of a company he founded?

Less than a year later, the biggest test of this blossoming friendship arrived. Elon Musk had just tabled an attractive bid to take over Twitter, his favorite social media network and the platform where he and Jack Dorsey first met. It was a complicated deal because Twitter didn’t want to be bought over.

And Jack, as the founder and a member of the company’s board, had a difficult decision to make. He could either choose to support Elon Musk and risk the wrath of other board members.

The only other option would be to support the board and lose the long-standing relationship with his good friend, Elon Musk. Not minding the reaction of the public and the backlash he’d receive from other board members, Jack Dorsey gave his support to Musk in public and behind the scenes.

How did their fight with the Twitter board end?

To fight back, Twitter’s board adopted the poison pill strategy, but it wasn’t enough to stop Jack Dorsey and Elon Musk from achieving their goal.

After a few days of intense pressure, Twitter eventually agreed to sell itself to Musk for $44 billion, and Jack couldn’t hide his excitement. “Elon is the singular solution I trust. I trust his mission to extend the light of consciousness,” Jack Dorsey wrote in a tweet.

In addition, Dorsey expressed his gratitude to Elon Musk and Twitter’s CEO Parag Agrawal “for getting the company out of an impossible situation.” “This is the right path…I believe it with all my heart,” Jack Dorsey added. Essentially, the friendship between Elon Musk and Jack Dorsey is currently at its peak.

Together they’ve been able to spread the message of bitcoin and blockchain to millions of people around the world, they’ve rescued Twitter from the hands of Wall Street, and now they’re looking to rebrand the platform as a social media network that supports and promotes the true principles of free speech.

But more importantly, the deal has provided value on both ends: Elon Musk gets to own his favorite social media platform, and as a result, Jack Dorsey is set to receive a huge payout of $978 million. From here on, the relationship between Musk and Jack Dorsey can only get better.

To begin with, we expect both of them to be in attendance at this year’s B-Word conference. There could also be a range of collaborations between them as well. And since they both share similar ideas about Twitter, Elon Musk might reappoint Jack Dorsey as CEO of the platform to help implement the principles of free speech that he has always talked about.

Alternatively, Jack Dorsey’s payment platform may be used to power the Tesla-for-bitcoin scheme when it is reintroduced. Or, better still, they might just team up to form another startup that will take the whole world by storm.

We know for sure that when these two great minds join forces together, they can achieve everything and anything you can think of. But only time can tell what the future holds for their relationship. What’s your opinion about the bromance between Elon Musk and Jack Dorsey?

Thanks for reading till the end. Comment what’s your opinion about this information “Insane Partnership Between Elon Musk & Jack Dorsey’s Bromance Changes Everything!“.