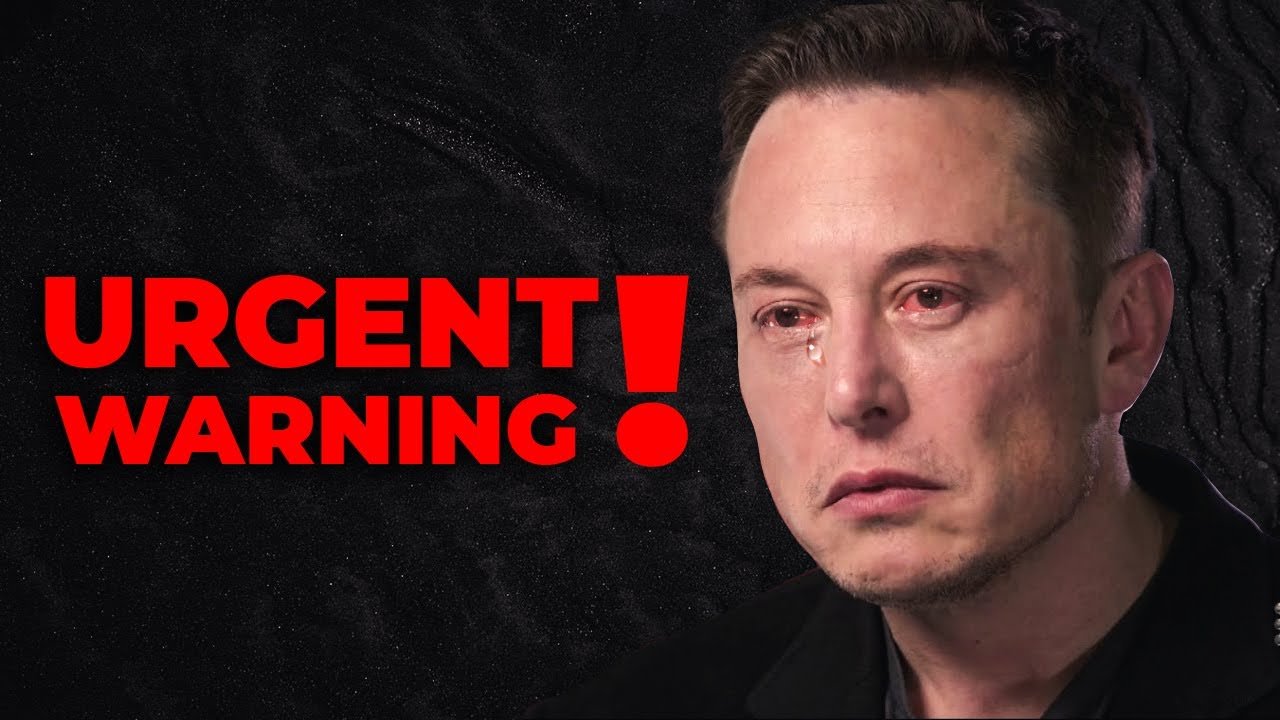 Elon Musk URGENT WARNING: AI Technology: The Terminator Series is the most famous example of an AI apocalypse in the movie industry. The richest man in the world, Elon Musk, has warned us. He warns us about the dangers of Artificial Intelligence-powered robots and has predicted scary outcomes like what we saw in the Terminator movie.

According to Musk, he is terrified that AI would be used for making incredibly effective propaganda, and therefore we will be left behind by a lot. The billionaire CEO claims that he has tried to warn people to slow down AI, but he thinks it might be too late.

There have been several predictions and estimations about the technological singularity, which is when machine intelligence will surpass human intelligence and accelerate at an incomprehensible rate. Musk is not the only crier of doom about an impending AI apocalypse.

A noted futurist, Ray Kurzweil, has also pegged this superintelligence tipping point to be around 2045, citing exponential advances in technologies like robotics, computer, and AI. Musk thinks we risk being overtaken by AI in the next five years. Musk said, “We are headed towards a situation where AI is vastly smarter than humans, and I think that time frame is less than five years from now.

But that doesn’t mean that everything goes to hell in five years. It just means that things get unstable or weird.” When Elon Musk was invited to speak at South by Southwest, he spoke about AI for the first time. He stated that artificial intelligence might be as dangerous as nuclear weapons if granted unrestricted development.

Musk emphasized that the danger posed by AI is much greater than the danger posed by nuclear warheads. Right now, no one is allowed to just build warheads, but the development of AI is not censored or checked. Elon Musk seems to think human intelligence is far more dangerous than nuclear weapons.

Since we have regulations over nuclear weapons, why don’t we have any regulatory oversight over artificial intelligence? Musk is concerned about the future directions of AI if some directions will lead to a negative outcome.

Artificial intelligence is not all bad, but we need to keep it out of some hands so it will not lead to undesirable outcomes. The intelligence gap between us humans and AI will be too wide if we let it overtake us. Musk thinks we should limit the growth of Artificial Intelligence.

In 2016, Musk said that we risk being treated like house pets by artificial intelligence unless we have technologies that can connect brains to computers. Musk has emphasized that if we create an ultra-intelligent AI, we have to make sure it is benign, so we don’t take the backseat in our day-to-day life.

Musk underscored that artificial intelligence is developing much more quickly than we realize in an interview with CNN Business. He said it is better to take proactive measures rather than watch from the sidelines.

Musk has a point, AI keeps advancing at an unprecedented rate. Most people think the threat would be walking, talking robots, but unknown to most of us, there’s probably a huge server bank somewhere in a vault with more intelligence than the average human being.

This server bank would have eyes and ears everywhere if it had access to every camera and microphone connected to the web. This is real artificial intelligence; a robot would be an application of AI. Musk says his assessment about why AI is overlooked by very smart people is that very smart people do not think a computer can ever be as smart as they are. He says this is hubris and obviously false.

We are in contact with AI, and we don’t even know it. We have self-driving cars everywhere; we have assistants on our phones that plan our schedules, map patterns, and make our lives easier. Many of us have come to depend on them so much that we can’t even do with them.

Musk explained to HBO that besides the threat posed by AI weapons, artificial intelligence also presents the threat of data manipulation. An example is having the results of a presidential election manipulated using advanced AI. This could lead to disputes around the world and disrupt global peace.

AI can also be used to create effective propaganda that would not appear to be propaganda which could be more life-threatening than being hunted by a killer drone. We spoke about the need for regulating AI, but Musk has revealed that the regular approach of regulating things will not be effective against AI.

He thinks the process of implementing regulations is slow and linear right now, while we face a threat whose growth is exponential. We can’t have a linear response to an exponential threat; this would only ensure that the exponential threat prevails.

Musk is scared that someone somewhere will come up with a software or system so devastating that it would spell the end of human civilization and send us back to the stone age. How will this happen? Let’s look at it this way, we can destroy the habitat of primates, but it doesn’t mean that the species will cease to exist.

The species might be relegated to a small corner of the globe that has managed to escape the intrusiveness of we humans. We are more intelligent than these primates, and our activities chase them away, cramming them into smaller habitats.

To us, they are just in the way, and they can find somewhere else to carry on with their business. In another interview with Y Combinator, Musk spoke about Advanced AI having a very dangerous effect regardless of whether it develops a will or not.

The world is a dangerous place; advanced AI could be stolen and used unethically. Musk doesn’t think AI would develop a personality right away and start spawning killer robots; he thinks the bigger concern is that some might misuse it.

Accidents happen, and someone who intended to use it for goodwill might make a mistake resulting in devastating results. If we have an incredibly powerful AI, the situation will become unstable because of the power grapple that ensues for the control of the AI.

Instead of having such a high level of intelligence exclusively controlled by the government and large corporations in purely digital form, it can be democratized as part of our individual minds. Have you heard of that phrase that says if you can’t be them, you join them?

If billions of people are linked to the AI extension of themselves, we will have an extremely high bandwidth connection. Musk wants us to lay the groundwork to be very careful about creating a digital superintelligence if humanity collectively decides that it is the right move for us.

Musk says laying the groundwork is the most important thing we must do. In his endeavor to sync the human brain with artificial intelligence, Musk made enormous announcements in 2020. He made a demonstration showing the use of a self-contained neural implant to transmit detailed brain activity without using external hardware.

The demonstration was streamed live and made use of farm animals. In the demo, the device was implanted in a live pig whose brain was affected by the implant. The device recorded the pig’s electrical brain activity, displaying it on a screen positioned right above the animal.

Musk describes the device as a Fitbit in our skills with tiny wires in his presentation. He thinks we need an electrical thing to solve an electrical problem. Musk’s ultimate goal is to build a neural implant designed to integrate the human brain and artificial intelligence, allowing us humans to control computers and things like lifting prosthetic limbs without lifting a finger.

Sounds like something out of X-Men to us, but it is incredible. This would be known as the Brain to Computer Interface (BCI). It would translate our thoughts into computer commands and vice versa. If you are a fan of immersive gaming, it should please you to know that Musk has confirmed that the BCI, which is designed to read and write from millions of neurons in the brain, can be used to play games.

Games are only a luxury; the implant that cannot be seen outside the body will allow us to compete with AI. It will also help cure brain diseases, control moods, and listen to music without using listening devices.

Thanks for reading till the end. Comment what’s your opinion about this information “Elon Musk URGENT WARNING: AI Technology“.