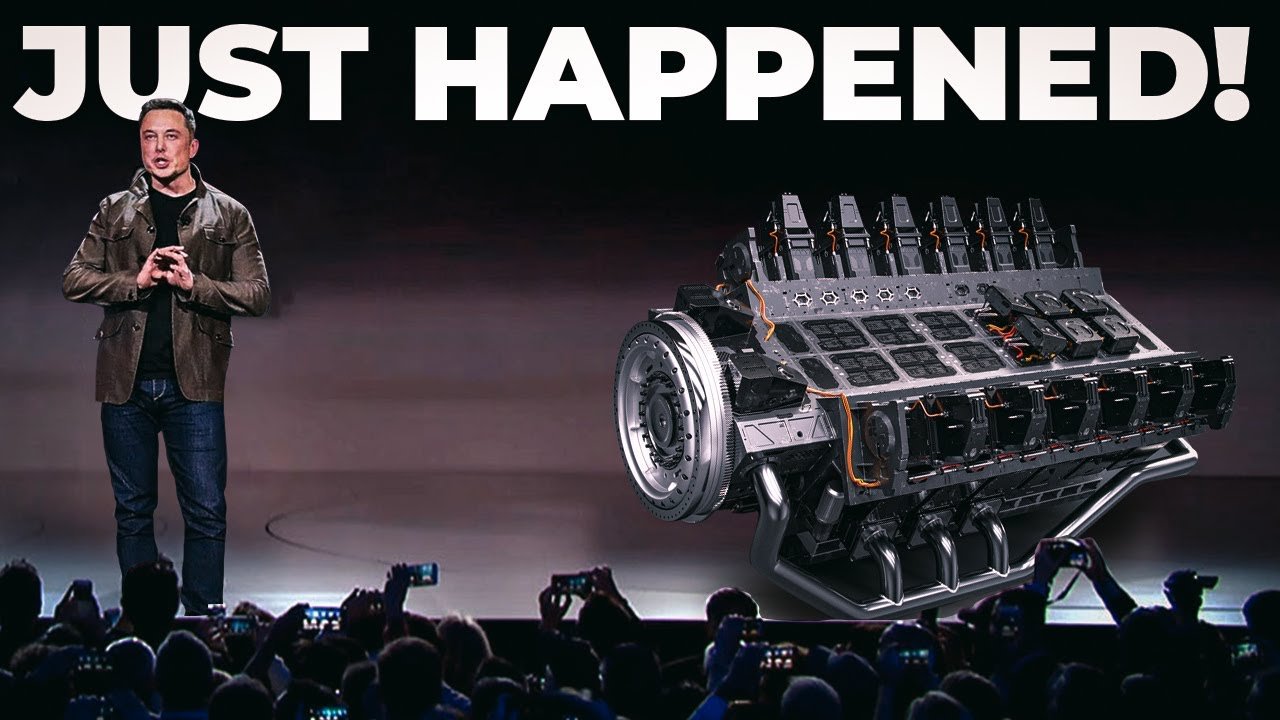 Tesla’s NEW INSANE Motor 2022 JUST REVEALED Take A Look: The design and creation process involved in putting out a fully functional EV is no easy feat. Absolutely not. Such a quantum leap in automobile propulsion technology was only achievable because scientists and engineers were pushed to make the best of their abilities and move forward.

Tesla undoubtedly earned a huge achievement after they proved themselves able to make their cars some of the quickest in the market, also with the highest ranges. Do you reckon it to be the end of the road? Elon Musk certainly doesn’t. How can Tesla make their achievement even crazier? Today, we’ll discuss Tesla’s updates to their high-performance EV motor.

To begin, here’s a fun fact: the electric car was created before the internal combustion engine. Inventors and their innovations were as cool as Instagram with its imagined social life in the early 1800s. Electricity paved the path for batteries, and electric motors were just a matter of time.

Although slow by today’s standards, technological progress was so quick at the time that attaching wheels to these electric motors driven by batteries occurred shortly after the mid-nineteenth century.

The first electric carriage was constructed by a British inventor, Robert Anderson, while another Brit, Thomas Parker, is credited with producing the first production electric car in 1884, just a few years before Karl Benz and his petrol-powered Motorwagen.

The Americans weren’t far behind on the other side of the Atlantic. A six-seater electric car capable of 23 kmph was created by William Morrision, an American chemist from Iowa. The year was 1890. New York City had a fleet of more than 60 electric taxis ten years later, with electric cars accounting for a third of all vehicles on the road at the time.

For the time, such swift acceptance of new technology is astounding. A fresh chapter began as the century turned the page. The Ford Model T, as well as the concept of affordability, were introduced to America in 1908.

The first big roadblock for the gasoline car came in the early 1970s. Oil scarcity, reliance on a few countries for supply, and, of course, rising prices. The California Air Resources Board adopted new transportation emissions standards in the 1990s, signaling a shift toward addressing environmental issues.

Leading players of the time in sunny California were flag bearers of the movement in the early 2000s, with cars like the Toyota Prius and Fisker Karma representing opposite ends of the hybrid-car spectrum. One was cheaper, while the other was more aspired to, yet they both hinted at things to come and changes to occur.

Electric cars have reached a point where they are reshaping the hypercar and motorsport performance landscapes. These new hypercars have pushed the engineering envelope to the point that internal combustion engines have started to run out of steam, metaphorically speaking.

Consider the Hennessy Venom F5 and the Bugatti Chiron, both of which rank atop the top-speed hierarchy and do so without the use of electric propulsion. Combustion engines have taken nearly a century and a half to achieve these feats.

However, all-electric hypercars such as the Lotus Evija and the Rimac Nevera have been produced in recent years and easily outperform the Venom and Chiron in terms of power. So, how was Tesla able to achieve and inspire such a massive shift? Let’s look at how a Tesla electric drivetrain is built.

Nikola Tesla invented the first induction motor roughly 100 years ago. The stator and the rotor are the two major components. The rotor is nothing more than a cluster of short-circuited conducting bars connected by end rings. The stator receives a three-phase AC power supply.

Although an induction motor lacks brushes and a permanent magnet, it is nevertheless quite strong. Induction motors are unique in that their rotational speed is determined by the frequency of the AC power supply. This means that the frequency of the power supply can be changed to change the pace at which the wheel revolves. This makes Tesla speed control simple and reliable.

Tesla Motors may spin at speeds ranging from 0 to 18,000 RPM. The induction motor receives its power from the battery pack. However, because it generates DC power, the source must be converted to AC power before it can reach the motor. This is when the inverter enters the picture.

The inversion not only converts DC to AC, but also adjusts the AC power frequency, allowing the motor speed to be controlled. The inverter may even regulate the motor output power by shifting the amplitude of the AC motor. In a sense, the inverter is the brain of the electric vehicle.

Most people are surprised to learn that the battery packs are made up of large collections of common lithium-ion battery cells that are similar to those found in everyday life. To generate the requisite power to run the electric automobile, all of these cells are coupled in a series and parallel configuration.

Glycol coolant is circulated through metallic inner tubes that entwine their way between the cells. This is one of the principles that distinguish Tesla from other electric vehicle manufacturers. Essential cooling is ensured by using numerous small cells rather than a few large ones.

As a result, thermal hot spots are reduced, resulting in an even temperature distribution across the numerous cells, resulting in longer battery pack life. All of these cells are organized into removable modules, totaling roughly 16 modules with around 7000 cells.

Tesla took the next step in their performance with the Model S Plaid. Many people were hoping for additional information regarding the new powertrain technology that Tesla developed under its Palladium program for the upgraded version of the electric car during the unveiling of the new Model S at the delivery ceremony in 2021.

Surprisingly, the CEO didn’t go into great detail about the new technology. He merely cited a brand-new battery pack, for example, without providing any other information. He did, however, show off Tesla’s new Plaid carbon-wrapped motor and go over some of the specifics of the new technology, which allows for smaller, more powerful, and efficient motors.

The motors are tiny enough to be carried by one person but powerful enough to reach ridiculous RPMs: During the presentation, Musk briefly touched on the fact that this new motor is only possible thanks to a new machine that Tesla developed to be able to build it.

“Fiber is wound over rotor at high tension load. The machine to do this was made by Tesla Automation. Carbon sleeve must put copper rotor in compression or it loosens at low temp due to differential thermal expansion. Preload is also helpful for maintaining precise gap to stator.”, he explained.

Musk also expanded on the advantages of the new motor over its predecessors: “Main advantage of this is a much stronger EM field compared with a rotor that is held together by metal (usually high strength steel).

Another advantage is that rotor can go to higher RPM, as carbon sleeve (mostly) stops copper rotor from expanding due to radial acceleration.” In short, the new carbon-wrapped rotor allows Tesla to push the performance of its new motors to unprecedented heights.

Musk said that Tesla’s new motor is “arguably the most advanced motor on Earth” in another set of tweets, but he teased that the company is working on something even more powerful for the new Roadster:

“The Plaid carbon-wrapped motor is arguably the most advanced motor on Earth outside of maybe a lab somewhere. We have to keep some secrets!

We have a few ideas for increasing torque & max rpm even further for the new Roadster. Definitely fun & exciting engineering ahead!”

Previously, Musk suggested employing the same tri-motor powertrain used in the new Model S for the new Roadster, which might yield better performance just because of the smaller form factor, but it now appears that Tesla is enhancing the powertrain technology as well.

Car & Drive has tested the Model S Plaid from 30 to 50 mph in 0.9 seconds and from 50 to 70 mph in 1.0 seconds flat. Tesla claims that the Plaid will be able to hit 200 mph in the future, but our test car only made it to 162 mph. So you can imagine how insane automobile journalists will become once the Roadster is released.

Thanks for reading till the end. Comment what’s your opinion about this information “Tesla’s NEW INSANE Motor 2022 JUST REVEALED Take A Look“.