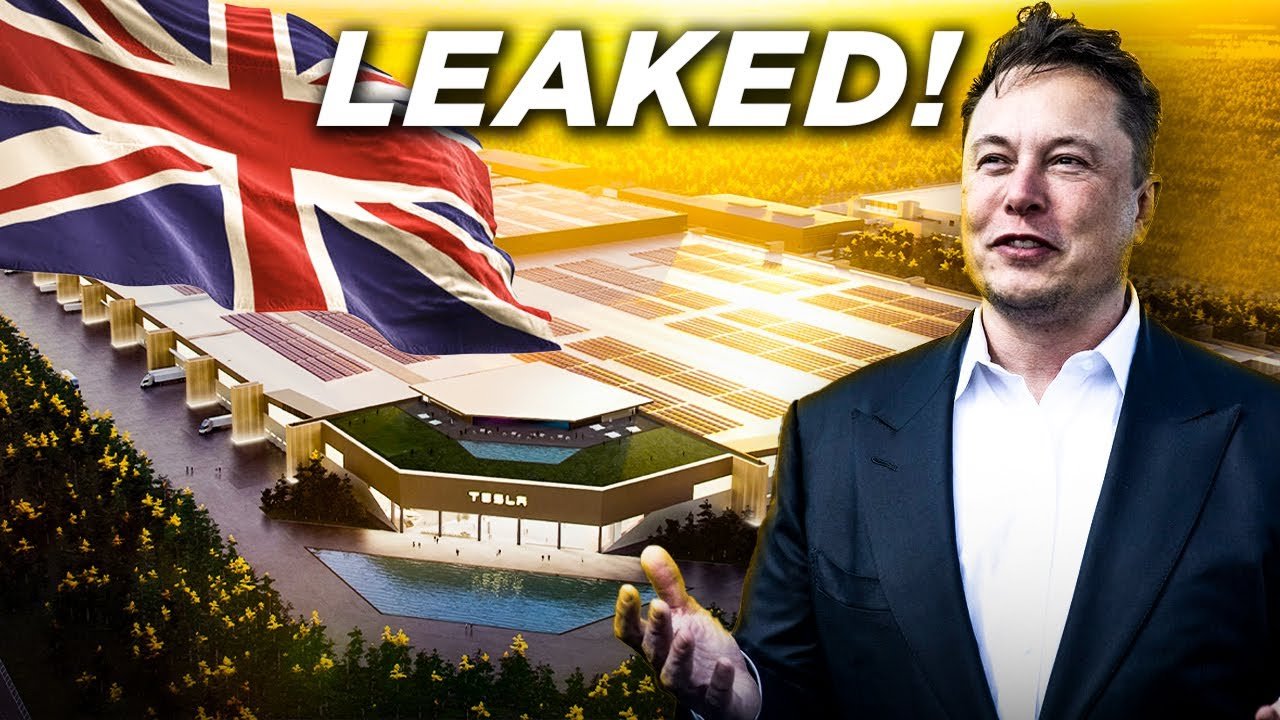 New Updates Regarding United Kinkdom Tesla Gigafactory 2022: Elon Musk has just leaked the details of a new Gigafactory in the United Kingdom. A country that many automobile companies have used in the past is about to become the home to the biggest car company in the world. So, what will the factory be responsible for producing? When will it open? And what are the laws that Tesla will have to keep in mind before they open this factory?

In 2021, Tesla got their all-time-high record in terms of production when they managed to manufacture just short of a million cars. While that number may be great, it is nothing compared to what many other companies have done in the past year.

In the month of April, Toyota set a world record by producing more than a million cars. Imagine, in just one month, Toyota managed to produce more than Tesla did in the entire year. Of course, Musk does not consider any of these companies as major competition because he has left all of the ways behind him, to the point where the entire German automobile market is afraid of Tesla.

However, Musk sure believes that Tesla’s full capability has not been achieved, and there is a lot of room for improvement. Tesla aims to produce at least 5 million units of their models in the next five years, which ordinarily might seem like a huge task, but do not forget, this is Elon Musk we are talking about.

To boost the production, he created the concept of a Gigafactory, a massive space where Tesla builds huge factories dedicated to the production of a certain car. Tesla’s mission is to accelerate the world’s transition to renewable energy by lowering the cost of electric vehicles and energy supplies.

To increase production per year, Tesla will require the entire global supply of lithium-ion batteries. The Tesla Gigafactory was created in response to a necessity, and it will be able to meet Tesla’s projected vehicle demand.

Tesla’s energy storage devices, Powerwall and Powerpack, and also Model 3 electric motors and battery packs, are now manufactured at the Gigafactory. In June 2014, Tesla broke ground on the Gigafactory near Sparks, Nevada. The Gigafactory is now being built in stages so that Tesla can begin production as soon as the first sections are ready and expand from there.

The current structure already has a footprint of over 1.9 million square feet, with roughly 5.3 million square feet of operational space spread out over numerous stories. Tesla intends the Gigafactory to be the world’s largest building when it’s finished, and it’ll be totally powered by renewable energy sources.

Once completed, the facility, which is expected to be a net-zero energy manufacturing, will be predominantly powered by solar energy. Gigafactory 1 or Giga Nevada’s battery output achieved a yearly pace of around 20 GWh in mid-2018, making it the world’s highest-volume battery plant.

Tesla today manufactures more batteries than all other carmakers combined in terms of kWh. Tesla’s battery cell costs will drop dramatically as the Gigafactory ramps up production thanks to economies of scale, creative manufacturing, waste reduction, and the simple optimization of combining most manufacturing operations under one roof.

By lowering the cost of batteries, Tesla will be able to make its products more accessible to a wider range of people, allowing us to have the greatest impact on the world’s transition to sustainable energy. Tesla’s ambitions to start producing cars in Germany don’t appear to be going as well as expected.

Elon Musk has been ranting against German bureaucracy, which has caused the Berlin Gigafactory to be delayed. He has also just turned down a large European grant. The latter’s reasons aren’t entirely bureaucratic, but they do raise the question of whether Musk made the right decision in choosing Germany as Tesla’s major European base.

Germany wasn’t the only option on the table, after all. Last year, there were allegations that Elon Musk was in talks with the UK government about building a Gigafactory in Somerset. Non-European automobile makers used to favor the UK as a production location because it had direct access to the EU market and more lenient labor rules.

For this reason, several Japanese firms, including Toyota, are said to have built their factories in the United Kingdom. Unfortunately, Brexit has decreased the UK’s utility in this regard, leaving just the reduction in red tape at the production stage.

When it comes to business with the EU from the UK, there is now a lot more bureaucracy, which was apparently a big role in Honda abandoning its Swindon facility after 35 years. Officially, bureaucracy was not the reason Tesla turned down the EU money, even though you can be sure there would have been a lot of hoops to pass through to receive it.

Musk revealed that he turned down $1.28 billion in EU funding for the Berlin Gigafactory because “It has always been Tesla’s view that all subsidies should be eliminated. But that must include the massive subsidies for oil & gas.

For some reason, governments don’t want to do that.” Such claims from Musk should always be taken with a pinch of salt, especially given his track record on labor relations, which isn’t as friendly as his environmental message.

He does, however, make a valid argument about subsidies. There have been many concerns about government support for electric vehicles and renewable energy, but the oil and gas industry has also received financial incentives over the years.

According to the activist group Paid to Pollute, the UK has granted approximately $18.7 billion in oil and gas subsidies since 2016. Every year, the figure in the United States exceeds significantly, with an Oil Change International report from 2017 estimating the total at $20.5 billion.

There’s more to attracting business than easy labor, financial incentives, and free trade agreements. In the brave new world of electric vehicles, the United Kingdom has a few different options. A start-up named British Volt broke ground on the country’s first battery Gigaplant, a $3.5 billion project that intends to produce 30GWh of batteries by 2027, enough to power 300,000 electric vehicles per year.

The UK also has its own lithium reserves, which Cornish Lithium and British Lithium plan to tap into. Lithium is a fundamental component in most rechargeable battery chemistries. This is both from mining as well as brine, which is underground geothermal water with a high lithium content.

These businesses even claim that there will be enough lithium in the UK to electrify the whole fleet of vehicles. Because of the skill available in the UK, electric hypercar producer, Rimac has a design studio there as well. Tesla should consider where it manufactures cars for the right-hand-drive market.

This includes not just the United Kingdom but also Japan, South Africa, as well as other neighboring countries, Australia, New Zealand, and many more. In actuality, right-hand drivers account for 2.8 billion individuals or 36% of the world’s population.

The Tesla cars now being imported into the UK are made in China, which is strangely considered to be a quality upgrade above those made in the United States. LFP batteries are now available in Chinese Model 3s, which are less expensive, more tolerant of being charged to 100%, and don’t include cobalt, so they’re free of the moral concerns that come with mining that mineral.

However, even if China is a cost-effective location for automobile manufacturing, transporting them around the world is hardly environmentally friendly. Tesla’s issues in Germany will almost definitely be resolved in 2022.

But you have to ask if Elon Musk considers dealing with the bureaucracy that he encountered in establishing the Gigafactory in Berlin a bitter pill. Given Europe’s history, this is likely to continue even after the facility opens.

As the electric vehicle industry grows, local manufacture in the United Kingdom may be reconsidered. After all, Brexit or no Brexit, the UK remains a very profitable automobile market. What do you think of the Tesla and United Kingdom collaboration?

Thanks for reading till the end. Comment what’s your opinion about this information “New Updates Regarding United Kinkdom Tesla Gigafactory 2022“.