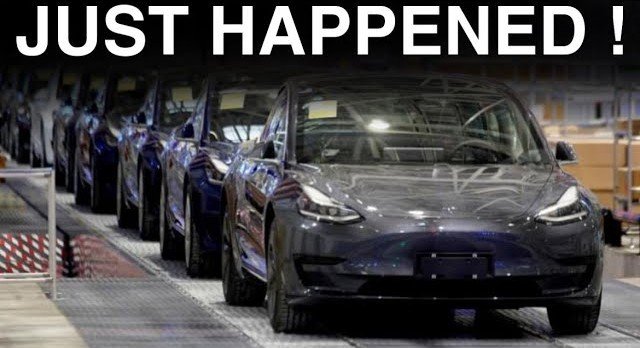 Here’s how Tesla SHOCKED the US automotive: Today we will be discussing how Tesla shocked the automotive market in the United States. Tesla has been among the biggest game-changers in the automotive industry in the recent past. It is younger than the consecrated names.

Elon Musk founded the company twenty years ago in July. The Tesla company has revolutionized the industry by introducing autopilot and electric cars. The software and designs are also mind-blowing. The company has also made it that its competitors have had to level up to its standards. The use of renewable energy and self-drive capacity in Tesla has made this mandatory in the innovation of automobiles. Features in Tesla that have revolutionized the market.

Autonomous driving sounded like a dream before Tesla released the feature in October 2015. This feature opened the avenue for competitors to introduce this feature. Public transportation, for example, has autonomous abilities.

Autonomous cars have made vehicles easy to accelerate, steer and monitor conditions such as jams. The autopilot feature detects speed limits and traffic lights. Newer models are equipped with external cameras, ultrasonic sensors, and a powerful onboard computer for added security.

The autopilot feature demands that drivers be alert and have their hands on the wheels. Despite all the excitement attached to them, the elements do not make the car autonomous.

This function allows the owner to choose from a vast selection of music and song lyrics. The music selection is multi-lingual. However, this feature is only available when the car is packed to minimize the risk of distraction while on the road. Bioweapon defense mode.

All Tesla cars are enhanced with a touch screen with video games and live traffic updates. The screen also has standard features, for example, navigation and climate control. The touchscreen is unique as there isn’t another in the market that looks like it.

The touchscreen has an in-built web browser that allows the owner to stream shows from the car. The premium connectivity allows connection to websites such as; Hulu, PLEX media player, and Spotify. Like the caraoke, however, the car has to be parked to function. Easter eggs.

The Tesla has a program with virtual easter eggs that range from; a rainbow-like road, Santa in a sleigh, and even the supercharger port lights up with colors of the rainbow.

The Tesla is enhanced with an intelligent air-rising suspension that shifts depending on the GPS coordinates of the car. The user can change the firmness of the rest manually through the control panel. This comes in handy when traveling to areas with different types of roads.

This feature allows the owner to check in on their parked car remotely from anywhere in the world. If the car is rammed into, the cameras fitted on the outer part of the car record the altercation and alert the owner through the Tesla app. This eliminates the turmoil of trying o figure out what dented the car.

These sensors allow the driver to be cognizant of objects that might be too close to the car. Audible, visual indicators alert the driver of anything that could be too close. This works to lighten the otherwise daunting task of parking without ramming into anything.

This is one of the most fascinating features of Tesla. It allows the driver to control their car from anywhere. The app sends real-time updates once the sentry mode activates. The app also allows the owner to check in on the car’s condition while it charges, locks and unlocks the vehicle, and controls the heat and air conditioning feature.

Over the air updates. Tesla receives over-the-air updates designed to update the car’s features, thus making it safer. The vehicle cannot be operated while the updates are installed, but it can run entirely as they download. This feature has been adopted by makers of other types of automotive cars.

Ludicrous Plus and Plaid Mode

These features speak to the users that race using the Tesla. The ludicrous is responsible for heating the battery to an optimum temperature that allows the vehicle to hit maximum speed.

The plaid mode has three batteries and three electric motors that can produce a horsepower of up to 1020 and take the car to sixty miles an hour from zero in precisely two seconds. This performance can only be matched with the Lamborghini and the Bugatti.

The Tesla cares for your family pet. Therefore, the dog mode keeps your treasured dog in the car at a regulated temperature to ensure the pet doesn’t overheat. The touchscreen will inform any bystander that the dog is comfortable and that you will be back.

The fart mode, on the other hand, allows the vehicle to sound like its passing wind.

Yes, you read that right, frunk. While all other cars have a trunk in the back, the Tesla has a frunk in the front. This original concept is being adopted by competitors.

The Tesla music app ensures that the driver can use sensor lyrics in songs. This feature is perfect when driving with children. Tesla is famous for its aesthetic design because image works to drive sales in the vehicle market. The software also updates remotely via the cloud without the perpetual need for a cable.

Electric vehicle sales have doubled in the recent past. Tesla is in the lead. While this is commendable, electric vehicles only contribute to a measly 2.5% of the automobile market. Tesla has dominated the electric auto market. However, this position is continually challenged by the entry of more and more competitors in the market.

In 2021, there was a 117% growth in sales registered. Tesla still dominated the market with about 66% of the entire electric vehicle market sales in the United States. Interesting to note is that well over twenty-five thousand supercharging stations are spread out globally.

Now that you are up to speed, would you buy a Tesla? Did you know that it takes about fifteen minutes of charge for a two hundred miles ride? I thought you should know.

Thanks for reading till the end. Comment what’s your opinion about this information “Here’s how Tesla SHOCKED the US automotive“.

1 thought on “Here’s how Tesla SHOCKED the US automotive”