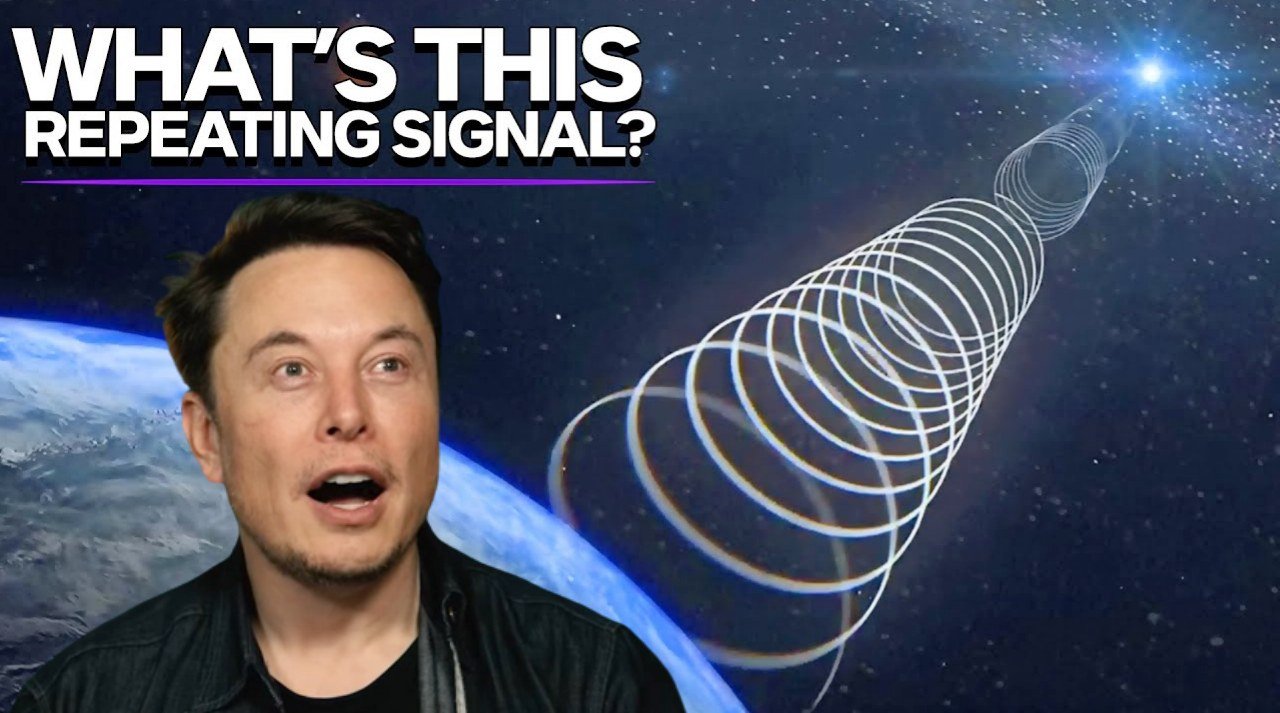 Mysterious Radio Signal Detected Repeating Every 18 Minutes: Mysterious radio signals have dominated astronomy discoveries for quite a time now. Astronomers have disclosed information on unusual signals coming from the center of our galaxy.

A team scanning radio waves in the Universe has uncovered something odd that emits a massive burst of energy three times each hour, unlike anything astronomers have ever seen.

Spinning around in space, the odd object emits a beam of radiation that crosses our line of sight and is one of the brightest radio emitters in the sky for one minute out of every twenty. The actual nature and origin of the radio wave explosions are unclear.

Scientists have discovered another odd radio emission originating from the core of our galaxy, which has yet to be explained.

In this article, we will talk about the possible explanations for the origin of this mysterious never before observed radio signal.

In the last few years, we have had so many unusual radio signals discovered out of nowhere. This is because of various new radio astronomy projects being set up all around the world.

What have we observed? So recently, Scientists discovered a strange flashing radio signal that appears to last 30 to 60 seconds and is located roughly 4,000 light years distant from us. It appears to do so every 18.18 minutes while also being one of the brightest objects in that radio frequency to date, showing patterns that do not match any known celestial objects.

This is a raether spooky phenomenon for any astronomer to observe. Tyrone O’Doherty, a Curtin University Honors student, spotted the object using the Murchison Widefield Array (MWA) telescope in rural Western Australia and a novel approach he developed.

Although at the same time it bears certain resemblances to certain types of objects, such as some types of pulsars or neutron stars. Because of the actual display of frequencies and how they repeat in this radio signal, it remains a highly odd item, since no other object known to science has ever shown these same patterns.

This object is theoretically in our own galactic backyard at the same moment. It’s just around 4000 light years away from us; that’s closer than a lot of nebulas out there, and this object does match what you’d expect from a regular pulsar in some ways.

It does pulse and emit very brilliant radio waves, but the fundamental difference between it and a pulsar is that a pulsar does so much faster. A single pulse in a pulsar may usually be measured in seconds or even milliseconds, therefore this unique object appears to move exceedingly slowly in contrast.

A single pulse in this radio signal takes around 18.18 minutes and can continue up to a minute, which has never been witnessed previously.

It’s basically like having a pulsar that appears to be in slow motion, extreme slow motion, but the signals coming from the subject also appear to be very highly polarized, which is usually caused by very powerful magnetic fields that are billions and trillions of times stronger than the ones we have here in the solar system or on planet Earth.

As a result of this, experts believe it is more likely to be a unique magnetar than a conventional neutron star. 1st possible explanation Astronomers are familiar with objects that turn on and off in the Universe, which they refer to as ‘transients.’

Dr Gemma Anderson, an ICRAR-Curtin astronomer and co-author, stated that “when researching transients, you’re seeing the death of a giant star or the activity of the debris it leaves behind.” ” ‘Slow transients,’ like supernovae, may arise over a few days and then fade away after a few months.”

Fast transients, such as pulsars, are neutron stars that flash on and off in milliseconds or seconds. Finding something that turned for a minute is really weird for astronomers. Furthermore, the scientists discovered that the strange object was very brilliant and smaller than the Sun, releasing highly polarized radio waves, implying that it had a very strong magnetic field.

This brings us to the very first potential explanation for this strange radio signal that the scientists offer in the paper. In principle, this object might be the first known ultra long period pulsar or magnetar. It’s a highly magnetized neutron star that appears to generate a lot of energy but doesn’t spin very rapidly.

Naturally, a single spin here takes 18.18 minutes for some reason, emitting extremely unique very slow emissions but yet providing the same amount of power as a conventional pulsar.

Until now, scientists have detected 71 of these pulses emanating from this specific object, but they were transient; in fact, for some reason, this object appears to have ceased sending signals. But we don’t really understand magnetars very well today. A lot has to be learned about these strange powerful objects.

We don’t even know how they develop, how they evolve, or what happens to them at the end. Currently, a magnetar is one of the more plausible theories. It might just be an evolved magnetar or a magnetar that isn’t as active as some of the other neutron stars.

Furthermore, the radio source’s measurements fit a hypothesized astrophysical magnetar known as an ‘ultra-long period magnetar.’ It’s a sort of slowly rotating neutron star that has been theoretically predicted to exist.

However, no one anticipated to directly discover one of them since scientists did not expect them to be that light. This magnetar appears to be converting its magnetic energy to radio waves considerably more successfully than anything seen before.

Also interestingly magnetars seem to be the potential answer to the fast radio bursts that have baffled astronomers before. In other words, at the present, magnetars may explain a lot of things in the world, or they may just be a type of patchwork explanation for a lot of things we don’t understand in the universe.

2nd possibility In any case, it’s only one of the potential possibilities; the other one is also extremely fascinating and practical. This object might possibly be an extreme instance of a white dwarf, with extraordinarily high magnetic fields, and because white dwarfs do not spin as quickly as neutron stars.

It would explain why we’re finding these specific fingerprints. In the case of a normal neutron star or magnetar, for example, we anticipate them to be a little more consistent, emitting a lot of radiation over a longer period of time.

However, for a white dwarf, especially if it has anything in its orbit, some of these emissions may be transient, lasting for a few days, a few weeks, or perhaps a few months. So, aside from the magnetar, which is the first option in this situation, the second possibility is that it’s some kind of peculiar magnetized white dwarf that doesn’t spin as quickly but emits just as intense emissions.

Because the item was only active for about two months and hasn’t really been active since, it’s tough to know what it is until we see it do something else. The future? Astronomers are currently using the MWA to monitor the item to see if it turns back on.

If it happens, there are telescopes all around the Southern Hemisphere and even in space that can gaze directly at it. Scientists intend to look for more of these odd things in the MWA’s huge archives. More detections will inform astronomers if this was an unusual one-time occurrence or a massive new population that we hadn’t observed previously.

The telescope, according to MWA Director Professor Steven Tingay, is a predecessor device for the Square Kilometer Array, a global endeavor to build the world’s biggest radio telescopes in Western Australia and South Africa.

The fact that we have been able to gather and preserve all of the data produced by the MWA for over a decade at the Pawsey Research Supercomputing Center has been critical in locating this object and researching its specific features.

“It’s fairly uncommon in astronomy to be able to search back over such a big dataset when you identify an item,” he added. So, whatever this item is and whatever the scientists uncover in the next few years, it’s a really interesting and unexpected discovery.

This is so far the only object doing so, but because of these more powerful telescopes, we may uncover additional unique radio mysteries in the coming months.

Thanks for reading till the end. Comment what’s your opinion about this information “Mysterious Radio Signal Detected Repeating Every 18 Minutes“.