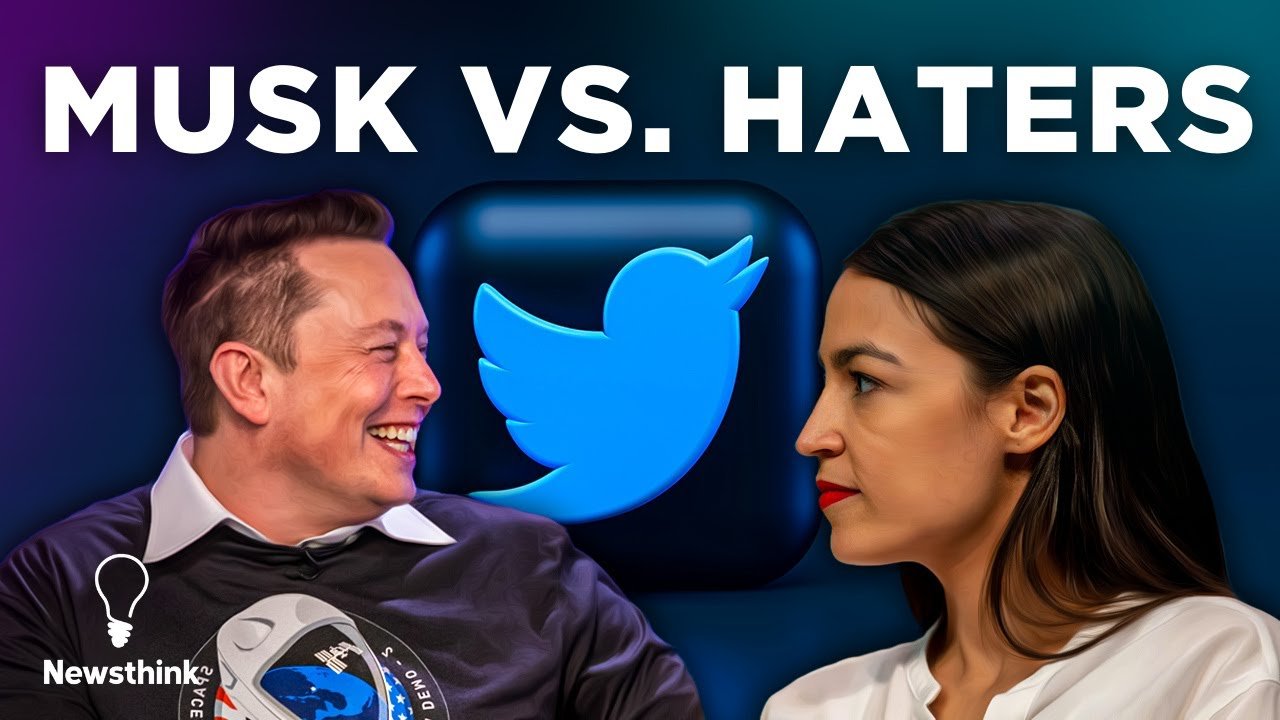 Why Elon Musk Is Getting So Much Hate for Buying Twitter: When a Twitter user pointed out he could create another social media platform for much less than his $44 billion dollar Twitter purchase and reminded Musk that he apparently said he wouldn’t sell Tesla assets unless it was to fund Mars, Musk responded: You might be right.

If he walks away from the deal, he’s obligated to pay a $1 billion termination fee. However, Musk reiterated he’s still committed to buying Twitter in a follow-up tweet.

Besides the fears and questions about how the Twitter acquisition impacts Tesla and Tesla’s stock price, there’s been a whole other tidal wave of criticism since the world found out that Elon Musk struck a deal to buy Twitter.

Democratic congresswoman Alexandria Ocasio-Cortez is concerned about an explosion of hate crimes because a billionaire controls a massive communication platform. To which Musk jokingly tweeted back: “Stop hitting on me, I’m really shy”.

AOC clarified she was referring to Mark Zuckerberg before deleting her reply shortly after. Progressive users of Twitter who advocate for progressive social justice causes have been nervous about the leadership change.

They fear Musk will promote conservative content on Twitter. And give those on the right a stronger voice. Musk has said he’ll allow Trump back on the platform.

Conservatives have accused Twitter of censoring them so they’re now cheering on Musk’s takeover because he has vowed to reduce censorship and bring more “free speech” to the platform.

When Twitter prevented users from sharing a New York Post article critical of Hunter Biden when his father was the then-Democratic presidential nominee, Musk said it was “obviously incredibly inappropriate”.

Twitter explained it banned the article because of its policy on hacked materials. However, conservatives accuse the platform of not applying that policy evenly. Musk is actually NOT a conservative.

At best he might be described as a moderate. He said he was a registered independent when he lived in California, the state he loudly left for Texas.

He said he strongly supported Barack Obama for president but believes “today’s Democratic Party has been hijacked by extremists.”

A meme he recently shared showed a person who had leaned slightly left and was now surprised to find themselves right of center even though their own views remained the same. That’s because according to the meme, the “woke” left has drafted radically further to the left.

Musk has made it known that he is out to save the world and often touts his other ventures – Tesla and Space X – as being part of that mission. In the same way, he believes free speech is vital to saving democracy.

Yet his critics believe too much free speech is dangerous. They wonder how Musk will deal with harassment and disinformation on Twitter.

It has other obligations and interests that are at odds with completely unfettered speech.”

Content moderation is difficult. The former Reddit CEO said Musk is “in for a world of pain” and will “be forced to censor things” due to the difficulty of enforcing free speech online. Musk didn’t appear to take his comments seriously at the time.

His response to the “novella of a thread” as he called it was: “Twitter is way overdue for long-form tweets!”

Some observers compare the chatter from those who have vowed to quit Twitter as akin to those who said they were moving to Canada after Trump got elected. Most never followed through.

If he decides to go ahead with his purchase pending shareholder approval, Musk is counting on his critics to stay on the platform. Tweeting: “I hope that even my worst critics remain on Twitter because that is what free speech means.”

Thanks for reading till the end. Comment what’s your opinion about this information “Why Elon Musk Is Getting So Much Hate for Buying Twitter“.