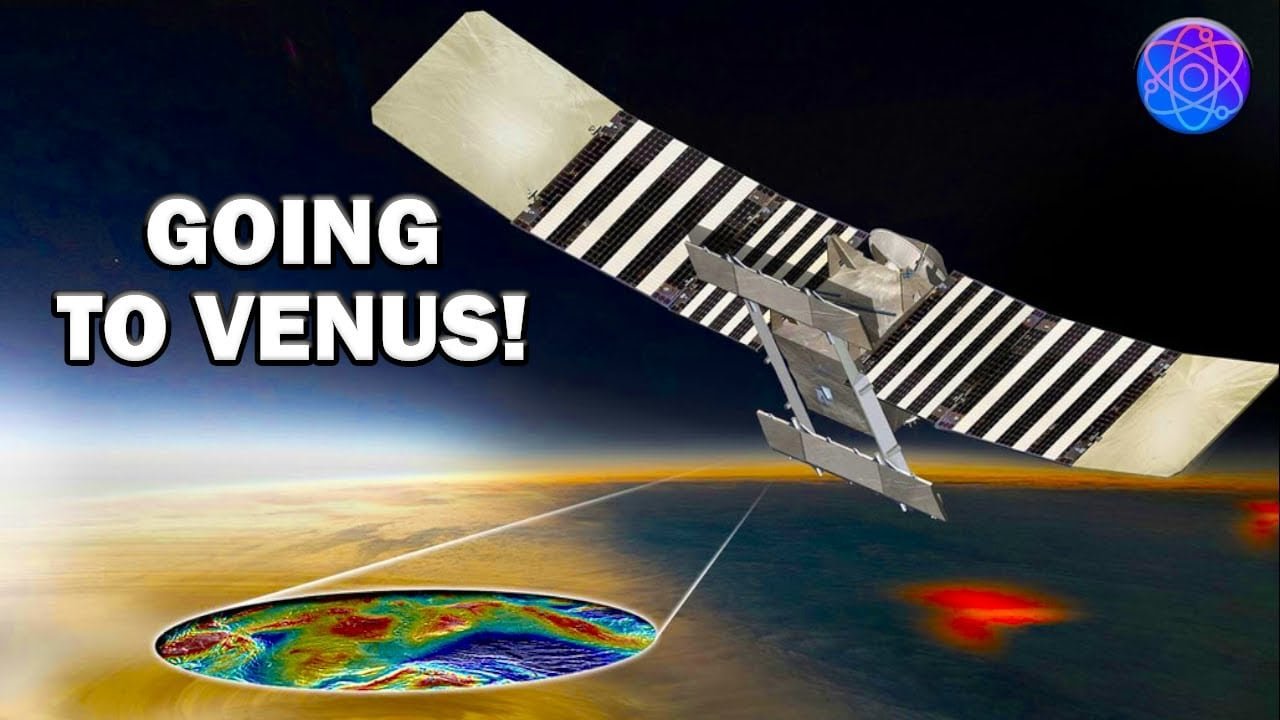 NASA Has Announced Two Missions to Venus by 2030: For decades, exploration of our solar system has left one of our neighboring planets, Venus, largely unexplored. But now things are about to change. NASA recently announced that they have selected two new missions to Venus.

Part of NASA’s Discovery Program, the mission aims to understand how Venus became a hell-like world when it has many other features similar to ours – and maybe the first habitable world in the Solar System, one with an ocean and Earth. May be complete with – like the climate.

These missions are the final selection of four mission concepts selected by NASA in February 2020 as part of the agency’s Discovery 2019 competition.

After a competitive, peer-review process, the two missions were selected based on their potential scientific value and the feasibility of their development plans. Project teams will now work to finalize their requirements, design, and development plans.

NASA is allowing about $500 million for development. Each is expected to launch in the time frame of 2028 to 2030. NASA will send two new spacecraft – DaVinci+ and Veritas – to Venus as part of its Discovery program.

DAVINCI+, or Deep Atmosphere Venus Investigation of Noble Gas, Chemistry and Imaging, will measure the composition of Venus’s atmosphere to understand how it formed and evolved, as well as determine whether the planet once had an ocean.

The mission includes a descent zone that will plunge through the planet’s dense atmosphere, making precise measurements of noble gases and other elements to understand why Venus’s atmosphere is a runaway hothouse compared to Earth’s.

In addition, DAVINCI+ will return the first high-resolution pictures of unique geological features on Venus, known as “tessera”, that may be comparable to Earth’s continents, suggesting that Venus has plate tectonics. Is.

This will be the first US-led mission into the atmosphere of Venus since 1978, and the results from DAVINCI+ could reshape our understanding of terrestrial planet formation in our solar system and beyond.

Next is VERITAS or Venus Emissivity, Radio Science, InSAR, Topography, and Spectroscopy. VERITAS will map the surface of Venus to determine the planet’s geologic history and understand why it evolved so differently from Earth.

Orbiting Venus with a synthetic aperture radar, VERITAS will chart surface elevations over nearly the entire planet to create 3D reconstructions of the topography and confirm whether processes such as plate tectonics and volcanism are still active on Venus.

VERITAS will also map infrared emissions from Venus’ surface to map its rock type, which is largely unknown, and determine whether active volcanoes are releasing water vapor into the atmosphere.

In addition to the two missions, NASA selected a pair of technology demonstrations to fly with them. Veritas will host the Deep Space Atomic Clock-2, built by JPL and funded by NASA’s Space Technology Mission Directorate.

DAVINCI+ will host the Compact Ultraviolet to Visible Imaging Spectrometer (CUVIS) manufactured by Goddard. CUVIS will make high-resolution measurements of ultraviolet light using a new instrument based on freeform optics.

These observations will be used to determine the nature of the unknown ultraviolet absorber in Venus’s atmosphere that absorbs half of the incoming solar energy.

What can we expect to find on Venus?

Now, what can we expect to find on Venus? Well, definitely not aliens. This time we are going to the planet Venus to read every geological aspect about it. So, Venus is a hostile world. Its atmosphere consists of sulfuric acid and the surface temperature is hot enough to melt lead. But it hasn’t always been like this.

It is believed that Venus started in the same way as Earth. But then something happened… While on Earth, carbon is mainly trapped in rocks, on Venus it has escaped into the atmosphere – making it about 96 percent carbon dioxide.

This has created a runaway greenhouse effect, raising surface temperatures to 470 °C. The history of the planet makes it an excellent place to study the greenhouse effect and learn how to manage it on Earth.

We can use models that plot Venus’ atmospheric extremes and compare the results to those we see back home. But these extreme surface conditions are one of the main reasons planetary exploration missions have avoided Venus.

The high temperature means an extremely high pressure of 90 bar (equivalent to about a kilometer underwater) enough to immediately crush most planet landers.

It may come as no surprise, then, that missions to Venus haven’t always gone according to plan. Most of the exploration done so far was done between the 1960s and 1980s by the then Soviet Union.

There are some notable exceptions, such as NASA’s Pioneer Venus mission in 1972 and the European Space Agency’s Venus Express mission in 2006.

The first landing was in 1970 when the Soviet Union’s Venera 7 crashed due to a parachute melting. But it managed to send 20 minutes of data back to Earth. Surface images were first taken by Venera 9, followed by Venera 10, 13, and 14.

Thanks for reading till the end. Comment what’s your opinion about this information “NASA has Announced Two Missions to Venus by 2030”.