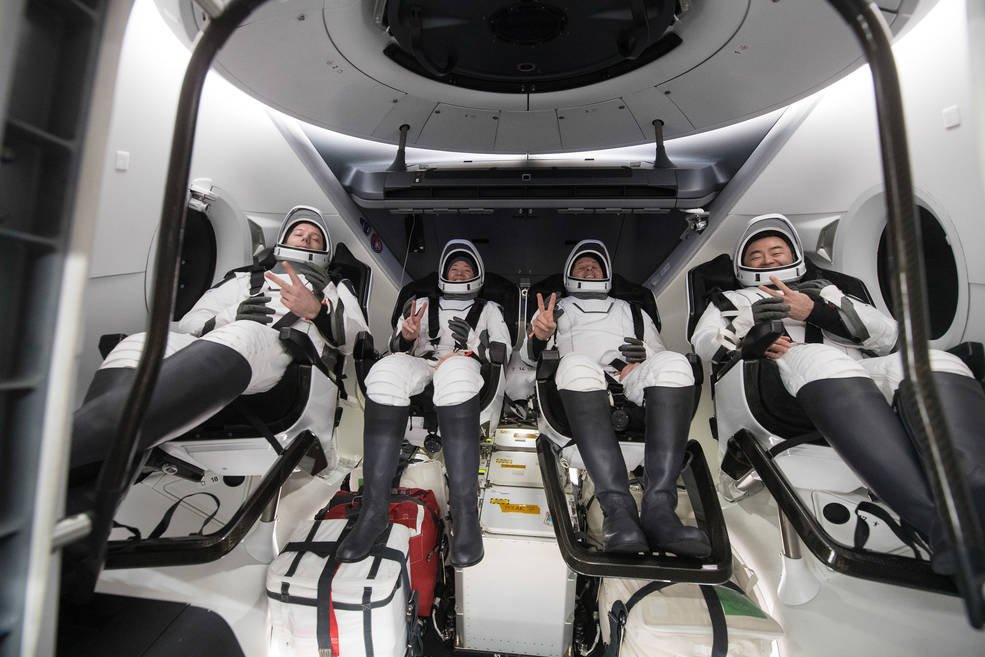 NASA’s SpaceX Crew-2 astronauts will answer questions about their International Space Station mission during a post-landing news conference Monday, Nov. 15 at 9:15 a.m. The event will be broadcast live on NASA Television, the NASA App, and the agency website.

Reporters who wish to participate must RSVP to the Johnson Space Center newsroom in Houston at jsccommu@mail.nasa.gov or 281-483-5111 before 8:30 a.m. on Monday, Nov.

To ask questions, reporters must dial the news conference no later than 9 a.m. Those following the briefing on social media can ask questions using the hashtag #AskNASA.

Kimbrough, MacArthur, Hoshide, and Pesquet return to Earth in a parachute-assisted splashdown at 10:33 p.m. aboard SpaceX’s Crew Dragon spacecraft Endeavor. Monday, November 8, off the coast of Florida. After returning ashore, the astronauts headed back to Houston, where they were welcomed by their families and colleagues.

Crew-2 astronauts traveled 84,653,119 miles in their 199 days of orbit (198 of which were aboard the International Space Station). They completed 3,194 revolutions around the Earth.

During their mission aboard the orbiting laboratory, Crew-2 astronauts conducted hundreds of experiments ranging from growing chili peppers and cotton to tracking microbes and studying tardigrades, tiny animals also known as “water bears.”

The crew tested new technologies in robotics and augmented reality, and captured images of Earth to support the research of our changing home planet. They also completed several spacewalks to upgrade the station’s solar arrays and saw the arrival and departure of various crew and cargo spacecraft.

This was the second flight of a NASA-certified commercial manned spacecraft flown as part of the agency’s Commercial Crew Program, which worked with the American aerospace industry to launch astronauts on American rockets and spacecraft from American soil.