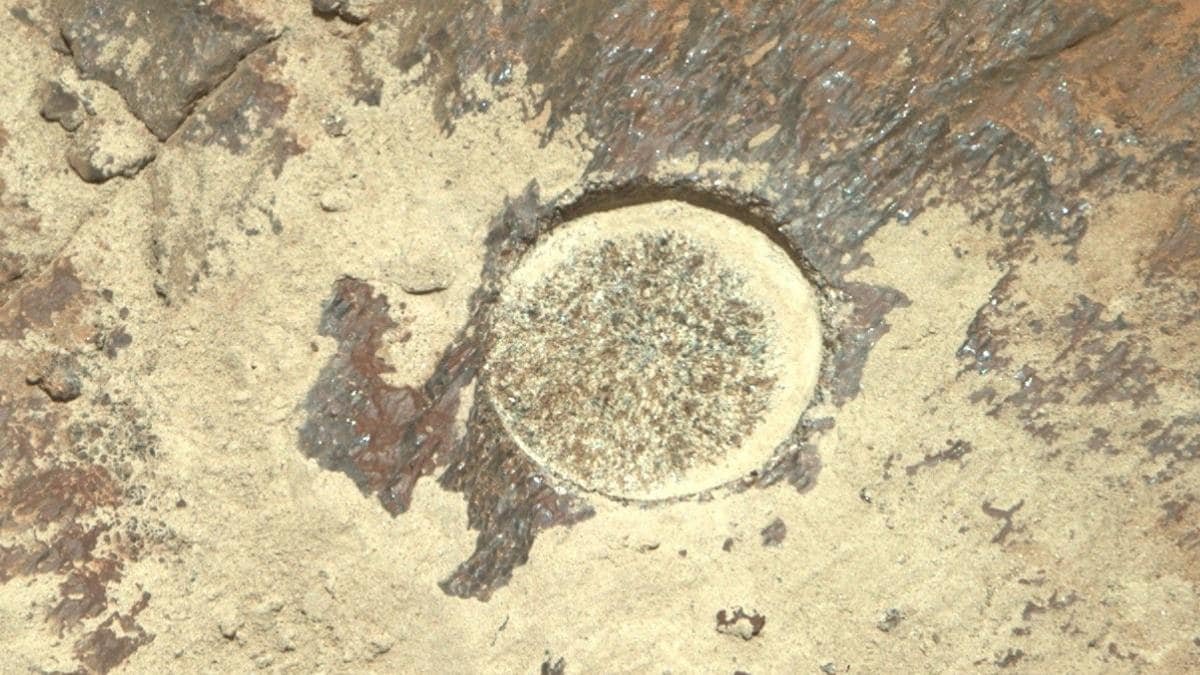 NASA’s Perseverance Mars rover said it has seen something that “no one has ever seen.” In an update via Twitter, Perseverance said it scratched the surface of Mars with an instrument attached to its robotic arm while wandering around Jezero Crater looking for evidence of interest to scientists.

When it looked under the rock he found something that had certainly never been seen before. It shared pictures of the scratched surface and they looked amazing.

These images have raised curiosity about the mysteries of the possible existence of life on Mars. Perseverance will collect these samples for further exploration by scientists on Earth.

“To peek inside to see something that no one has ever seen. I’ve removed a small patch of this rock to remove the surface layer and get a look below,” said the post from NASA’s official handle for Perseverance, adding that it is already on its next target for sampling Mars.

Separately, NASA released several images of the Red Planet as seen by Perseverance. These include raw images captured by the rover on Mars.

NASA has been sending machines and equipment to explore Mars since the 1970s, but this is the first time any of those machines have looked beneath the surface in the Jezero Crater region. It could shed light on whether water exists on Mars, and whether the planet could one day become habitable for humans.

The samples being collected strongly are also very important for further exploration of the planet. NASA is planning a mission to land humans on Mars and collect samples.

A NASA release on sampling operations said the Perseverance rover will collect samples from Martian rocks and soil using its drill. The release also outlines 3 steps in handling samples – sample collection, sample sealing, and onboard storage, and depositing samples on the surface.

Perseverance will collect at least 20 samples during its life on Mars. The rover is also accompanied by a small helicopter named Ingenuity, which recently completed its 15th flight.