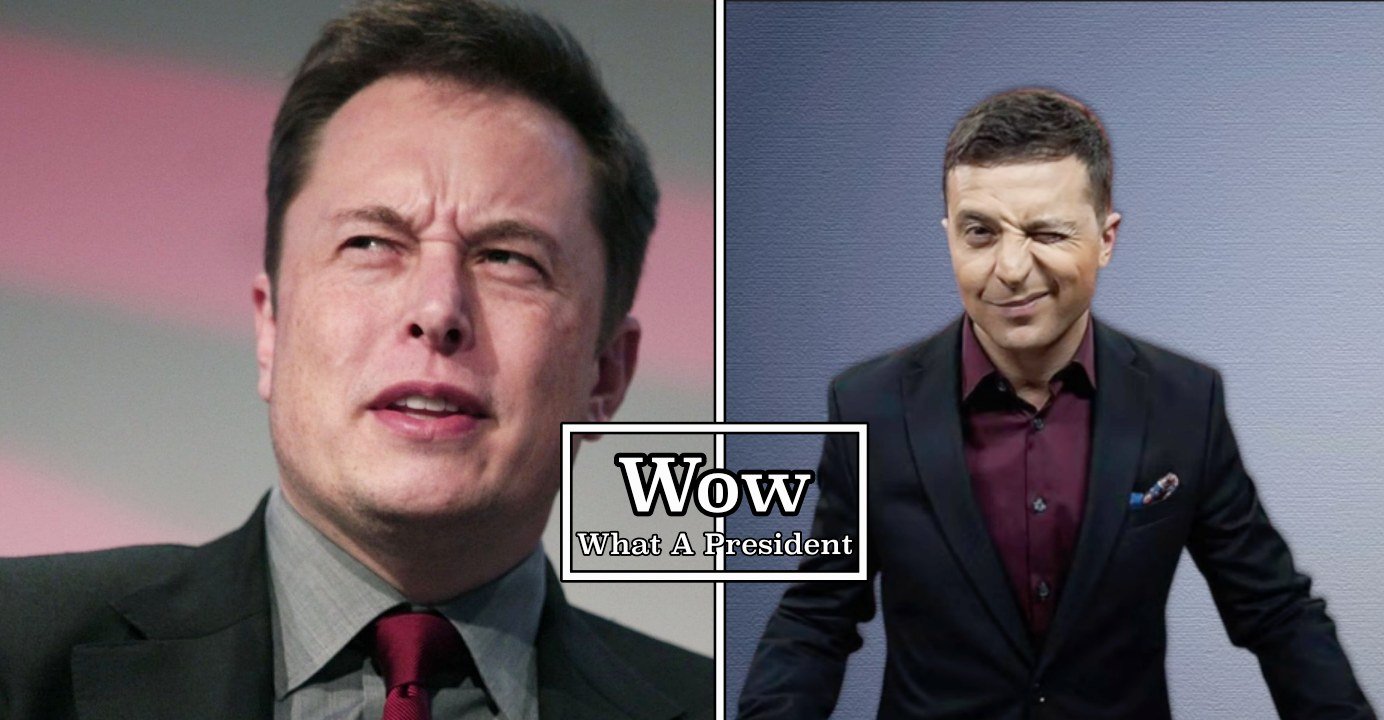 Zelensky was born on January 25, 1978, in Ukraine when it was still part of the Soviet Union. He was 13 years old when the Soviet Union dissolved into 15 nations and Ukraine gained its independence.

His Jewish grandfather, Simon Zelensky, served in the Soviet Red Army and fought the Nazis during World War Two. Simon’s three brothers were killed in the Holocaust. He was the only one who survived.

In January 2020, during the 75th anniversary of the liberation of the Auschwitz concentration camp, Zelensky told Israeli Prime Minister Benjamin Netanyahu a story about four brothers. He said: “Three of them, their parents and their families became victims of the Holocaust.

All of them were shot by German occupiers who invaded Ukraine. The fourth brother survived. Two years after the war, he had a son, and in 31 years, he had a grandson. In 40 more years, that grandson became president, and he is standing before you today, Mr. Prime Minister.”

In a recent interview released by the UK’s Channel 4 News, Zelenskyy was speaking with journalists in his bunker when he’s informed that a Holocaust memorial where Nazis murdered Ukrainian Jews had just been bombed.

Zelensky’s father was a professor, his mother an engineer. He would choose a totally different career path after earning a law degree from Kyiv National Economic University. As a student, he started dating the woman who would become his wife, Olena Zelenska.

Although he was licensed to practice law, he opted for a career in comedy. In 1997, he created Kvartal 95 – “Quarter 95” – a performance group named after the neighborhood in the southeastern Ukrainian city of Kryvvy Rih where Zelensky grew up.

He appeared in a popular Russian improv comedy show, KVN. He spent a lot time in Moscow and is a native Russian speaker. In 2003, Zelensky co-founded Studio Kvartal 95, a production company that would become one of Ukraine’s most successful entertainment studios.

On its website, the studio quotes Zelensky as saying: “Our ambitious objective is to make the world a better place, a kinder and more joyful place with the help of those tools that we have, that is humor and creativity.

We are moving towards this goal, trying to conquer the whole world, of course ;)” Kvartal 95 began producing shows for the Ukrainian TV channel Inter as well as the channel: 1+1 which was owned by Ihor Kolomoisky – a billionaire businessman and one of the wealthiest people in Ukraine.

Their relationship would be closely scrutinized when Zelensky decided to run for public office. In addition to working on television, Zelensky appeared in a number of films. He also showed off his dance moves on the Ukrainian version of Dancing with the Stars.

And he was the voice of the cartoon bear in the Ukrainian versions of the Paddington bear films. His entertainment career would intersect with events that rocked Ukraine in 2014. Massive protests helped oust Ukrainian President Viktor Yanukovych in February of that year.

Yanukovych had refused to sign a trade deal with the EU – bowing to pressure from Moscow. The following month, Russia annexed Ukraine’s Crimean Peninsula. And then in April, pro-Russia separatist rebels started seizing territory in eastern Ukraine.

The rebels are believed to have shot down Malaysia Airlines flight 17 that killed all 298 people on board. That May, newly elected president, chocolate billionaire Petro Poroshenko, promised to root out corruption and fix the economy.

But critics say he failed to implement even modest reforms. Against this backdrop, Kvartal 95 produced the TV show Servant of the People that premiered on 1 + 1 in October 2015. Zelensky was cast as Vasiliy Goloborodko, a high school history teacher who goes viral when a student films him criticizing corruption in the Ukrainian government. He somehow becomes president.

The show was a massive hit. Zelensky used his fame as a fictional everyday man turned president to become one in real life!

In 2018, Kvartal 95 officially registered Servant of the People as the name of a new political party in Ukraine.

In 2019, more than three dozen candidates entered the presidential election. Zelensky was one of the frontrunners backed and was backed by the wealthy oligarch Kolomoisky – a controversial figure. Kolomoyski got slapped with U.S. sanctions for alleged corruption.

Zelensky sought to distance himself from Kolomoisky during the campaign. He did get caught up in an American controversy two months into his presidency. President Trump allegedly pressured Zelensky to investigate his political rival Joe Biden and his son, Hunter, who had ties to a Ukrainian gas company.

Zelensky refused. And for months afterward, Trump withheld $400 million in military aid to Ukraine and was impeached. Zelensky ran his entire presidential campaign virtually online. He didn’t hold press conferences or give out too many details pertaining to policy. Instead, he posted short speeches on social media promising to clean up the government.

On March 31, 2019, Zelensky won over 30 percent of the vote in the first round of the presidential election, with Poroshenko trailing in a distant second place at 16%.

When they debated each other at Kyiv’s Olympic Stadium, Poroshenko tried to paint Zelensky as an inexperienced politician who wouldn’t be able to stand up to Vladimir Putin. Zelensky has been standing up to the Russian leader who ordered the invasion of Ukraine on February 24.

When the Americans offered Zelenskyy a ride out of Ukraine, he refused to evacuate, according to Ukraine’s embassy to the UK, responding: “I need ammunition, not a ride” Zelensky has been on the ground in the capital of Kyiv, rallying his people.

Zelensky has been credited with changing the West’s response to Russia, by convincing the EU to impose harsher sanctions on Moscow. The Washington Post reported that: “a handful of key leaders were reluctant to proceed with some of the harshest proposals.”

“Then Ukrainian President Volodymyr Zelensky dialed into the meeting via teleconference with a bracing appeal that left some of the world-weary politicians with watery eyes.” “It was extremely, extremely emotional,” said a European official briefed on the call.

“He was essentially saying, ‘Look, we are here dying for European ideals.’” Before ending the video call, Zelensky told the gathering matter-of-factly that it might be the last time they saw him alive.

Zelensky has pushed to have Ukraine join NATO, the western military alliance – a move that Putin seems determined to block. NATO has continued to expand east for decades and is seen as a threat by the Russian President.

When Zelensky won the 2019 presidential election in Ukraine with a landslide victory over Poroshenko in the second round, he told his supporters: “I will never let you down” Recently, an interpreter could be heard breaking down while translating a speech by the president.

Thanks for reading till the end. Comment what’s your opinion about this information “Volodymyr Zelensky: The President You Never Saw“.

3 thoughts on “Volodymyr Zelensky: The President You Never Saw, Know How”