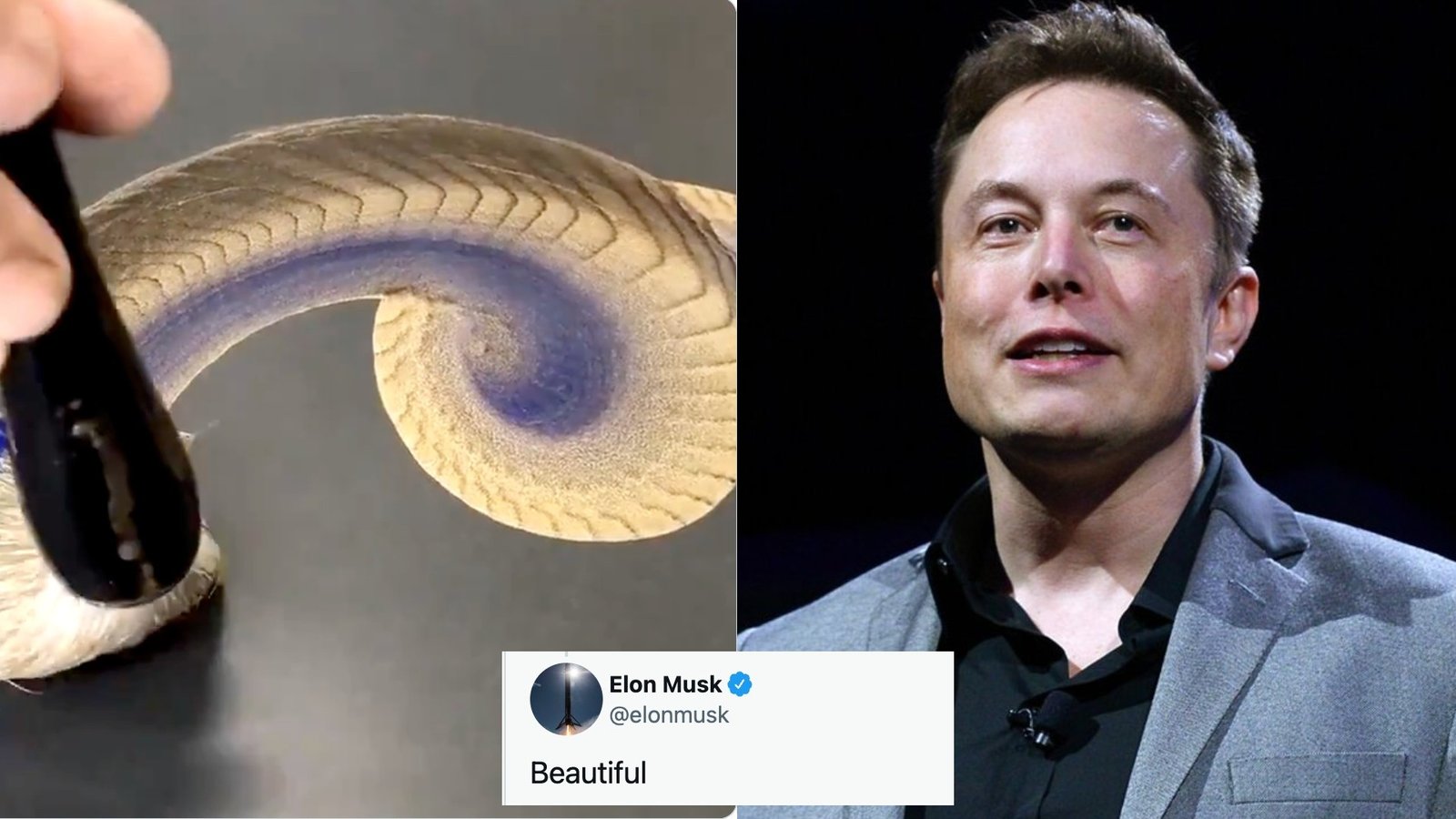 Elon Musk is impressed by this Japanese artist – Know why:

Online media is a haven for content that has the ability to make you lose your mind and the video taken into account here is exactly that. In a video clip that was recently posted on Twitter by a user by the name of Massimo, a Japanese artist was responsible for creating an incredible design of a dragon with nothing but a single stroke of the paintbrush. Yes, you read that exactly the way you read it.

By the use of a Japanese technique better known to be Ippitsu Ryu, Keisuke Teshima, the artist based out of Kyoto painted a lushly painted design of a dragon with nothing but one stroke of the paintbrush.

He did it with an almost ultimate focus and created a flow, almost a river kind of body of the aforementioned dragon. What Teshima used is called a thick calligraphy brush to bring to existence the sensational image and it is a certainty that it will leave you absolutely at a loss for words.

“Ippitsu Ryu is an ancient Japanese tradition of creating the flowing, river-like body of the dragon is just a single stroke.

In this video, artist Keisuke Teshima shows the mesmerizing balance required by this technique,” is what the caption reads for the post.

Ippitsuryu is an ancient Japanese tradition of creating the flowing, river-like body of the dragon in just a single stroke. In this video, artist Keisuke Teshima shows the mesmerizing balance required by this technique [full video: https://t.co/RvNblanQll] pic.twitter.com/596Idmp3Tq

After going viral on social media, the video happened to get close to 5 lakh views. The users were utterly impressed with Keisuke’s skills for obvious reasons and praised him immensely in the comments section of the video.

While Ippitsu happens to mean single-stroke, Ryu, on other hand means dragon. The art of the One-Stroke Dragon is believed to capture the soul of the dragon it demonstrates and brings luck and good fortune to those who successfully complete the painting.

The tradition of this art form came to life way back in the early 1600s during the Edo era in Japan.

What do you think?