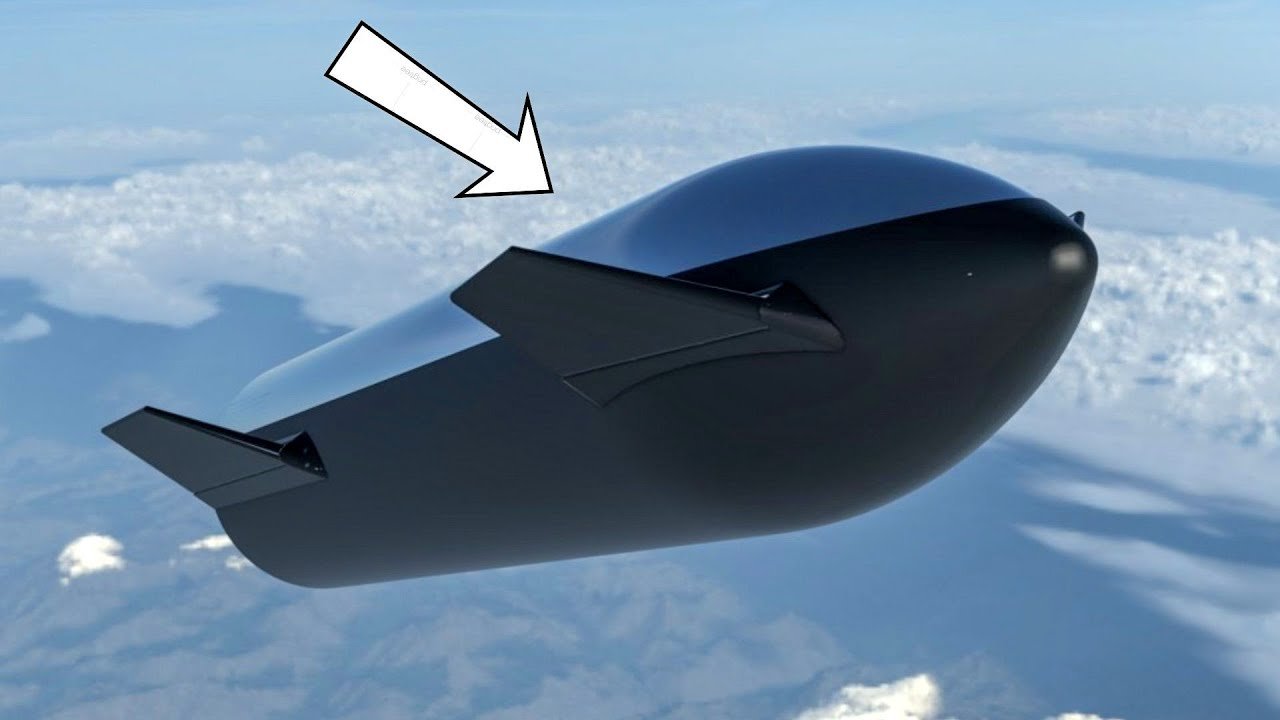 Musk was likely referring to the fact that a 9-engine Starship – combined with upcoming 33-engine Super Heavy boosters – would create a rocket with 42 engines. A number made famous as “the answer to the ultimate question of life [and everything]” in Hitchhiker’s Guide to the Galaxy – both of which the CEO vocally enjoys.

As ever, it’s thus almost impossible to tell jokes from serious, consequential plans – as is the case with Starship. Nonetheless, origination aside, adding another three Raptor engines to Starship – boosting the count from six to nine – and stretching its tanks could be a substantial upgrade.

The difference between both engines is that R-Vac engines have a much larger nozzle compared to standard engines, the increased diameter improves efficiency in the outer space environment.

Raptors are a new kind of engine developed by SpaceX, fueled by cryogenic Methalox – a combination of subcooled liquid methane propellant and liquid oxygen.

According to amateur modelers, who are generally able to estimate rocket performance with enough information about its structures, shape, and engines; An optimal nine-engine Starship’s tanks would be stretched about 25%, to store an additional 300 tons, 650,000 pounds of cryogenic liquid oxygen and methane.

That upgraded Starship would have a liftoff mass close to 1600 tons and stand about 55 meters (~180 ft) tall, 10% taller than current ships. At stage separation, close to vacuum, a stretched Starship with three sea-level-optimized Raptors, and six vacuum-optimized Raptors should produce at least 2000 tons of thrust, and possibly more than 2250 tons depending on engine performance.

At that upper level of thrust, Starship – an upper stage – would be just 10% less powerful than the first stage of Falcon Heavy, the most powerful operational rocket in the world. Regardless of its thrust, dimensions, or weight, what matters most is how a stretched, nine-engine Starship would impact that overall rocket’s launch performance.

If unofficial modelers are to be believed, the results are significant compared to a ‘normal’ Starship, with a six-engine upper stage and 33-engine booster. The stretched ship could theoretically boost the amount of payload, the rocket can launch to low Earth orbit from about 150 tons to 220 tons, or more, an almost 50% improvement.

In fact, per another recent comment from Musk indicating that Starship – unlike almost all other rockets – won’t temporarily throttle down on ascent, the total payload performance could be a bit less than 230 tons, more than 50% greater than a shorter six-engine Starship.

If those estimates are accurate, upgrading Starship with nine Raptors and stretching its tanks is a no-brainer. It might slow development and make all nine-engine ships cost a substantial fraction more, but a 50% improvement in payload performance would significantly improve the efficiency of Starship’s, more ambitious Moon and Mars launch profiles, which require numerous orbital refuelings.

In effect, a 50% payload increase would allow SpaceX to complete most refueling tasks more efficiently, quickly, and cheaply. Even if the upgrade plans mean that all Starships will be stretched and carry nine Raptors, fully refueling the new Starship variant in LEO could require 7 tanker launches, instead of 8 to 10.

If SpaceX doesn’t mind maintaining multiple distinct Starship variants, which appears to be the case, then ships that are exclusively dependent on refueling, Moon and Mars landers in particular could stay at their current size, with ~1200 tons of propellant storage and six Raptors.

A fleet of upgraded Starships could thus refuel their smaller siblings, with just 5-6 tanker launches. However, there’s a good chance that the extra mass required to stretch Starship, ~5.5m, ~4 tons or ~9000 pounds is minor enough, that SpaceX will instead stretch all Starship variants.

In fact, for variants like NASA’s HLS Moon lander and future Marsbound Starships, which depend entirely on refueling to reach their destinations. Stretched tanks and more propellant storage could increase the amount of payload, they could send to the Moon, Mars, and other high-energy destinations by quite a bit.

Ultimately, it will be fascinating to hear more details from SpaceX and Musk, on how exactly the upgraded Starship design might benefit those operations in the coming weeks and months. SpaceX is working to develop a fully reusable Starship launch system at the South Texas Starbase launch site.

The company is preparing to conduct its first orbital flight test in early 2022. Musk aims to have a space-ready Starship spacecraft and Super Heavy rocket by 2023.

If all goes as planned, the earliest inter-planet Starship cargo spaceflights could take place as soon as 2024 or 2026, when the orbits of Earth and Mars line up; both planets get closer to each other every 26 months.

Musk calculates that if SpaceX manufacturers a fleet of 1,000 Starships, within the next 20 years, to launch megatons of cargo and hundreds of humans to the Martian surface, humanity could achieve a self-sustaining Mars colony by the year 2050.

A fleet of Starships could launch every 26 months with all the necessary equipment, so the first Mars settlers could build the foundation of humanity’s second home planet. “In order for life to become multi-planetary, we’ll need maybe 1,000 ships or something like that,” Musk said in November, during an event with the U.S. National Academy of Sciences meeting.

“Long term, it’s essential for preserving the light of consciousness. Eventually, something will happen to Earth, hopefully not soon, either natural or man-made that would cause the end of civilization. The probable lifespan of civilization is much greater if we’re a multi-planet species.”

Achieving a sustainable colony on Mars will be a stepping stone for humans to attempt interstellar travel, because all the technologies that enabled humans to survive sustainably on the Red Planet, will be useful for exploring beyond our Solar System.

Musk hopes that humans could one day be capable of crossing ‘The Great Filter,’ which is a philosophical concept related to the probability of a species, reaching an advanced-enough technological stage, that enables them to explore beyond their Solar System before going extinct.

‘The Great Filter’ is whatever prevents intelligent life to explore and expand across the universe to spread ‘lasting’ life. –“If we are able to make life self-sustaining on Mars, we will have passed one of the greatest filters. That then sets us up to become interstellar,” Musk said, “ Earth is ~4.5B billion years old, but life is still not multi-planetary and it is extremely uncertain how much time is left to become so.

When NASA, which has agreed to put two point nine billion dollars into its developments, takes the Starship to the Moon in its project, Artemis in twenty twenty-four it will be basically a test run for what Musk intends to use it for.

NASA will use the Starship to put its astronauts on the moon as a human Lander, after they arrive in orbit in the agency’s Orion spacecraft, while the Starship is going to be insanely powerful, Musk is already thinking about the next version of the spacecraft as the avid user of Twitter.

Thanks for reading till the end. Comment what’s your opinion about this information “Elon Musk Gives Update On Starship Future Variants“.