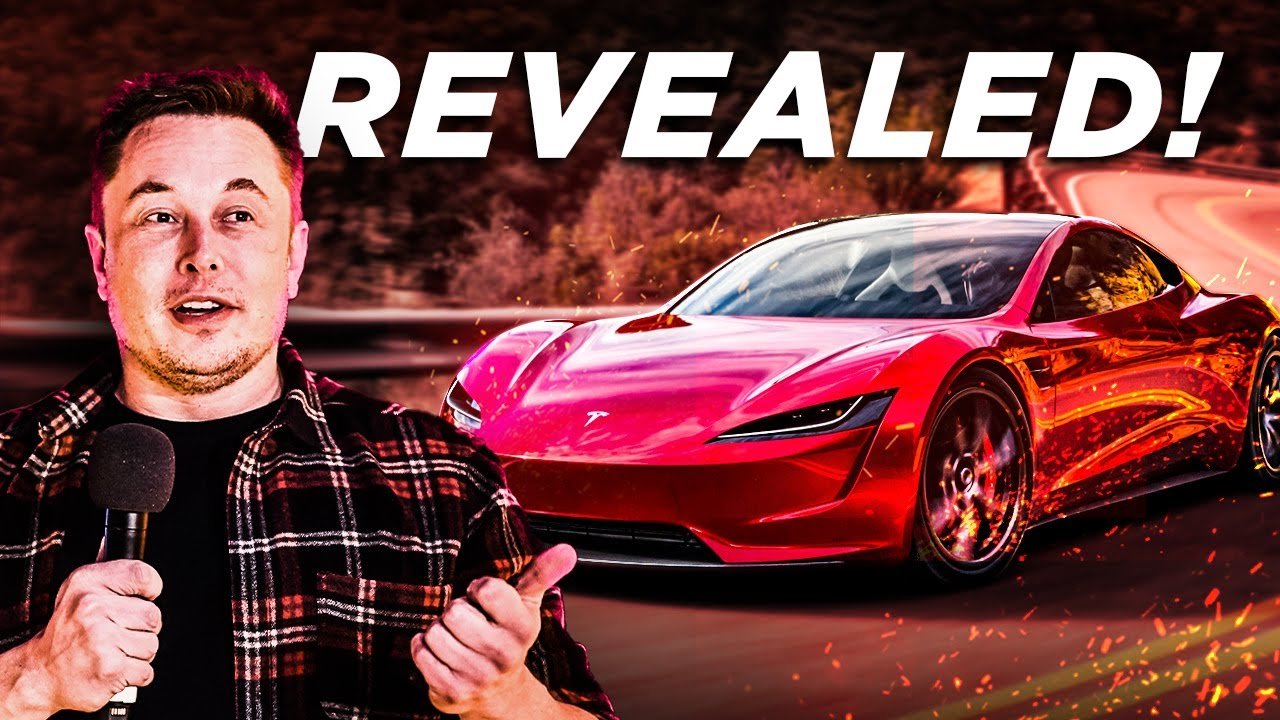 Tesla Roadster 2022 NEW Updates Revealed Elon Musk: Today, we will be telling you all about the 2022 Tesla Roadster. A car with such an interesting past since it was first announced in 2017, Tesla claimed it would be the fastest street-legal production automobile ever made, and it’s ready to be launched into the market once again.

Why is the Tesla Roadster so controversial? How much will this car cost? And when can we expect it to be released? Read till the end as well tell you all about this beauty! But first, let us check out the past story of this car.

The Tesla Roadster was a battery electric vehicle sports car that was made by Tesla Motors in California from the years 2008 to 2012. It was based on the Lotus Elise chassis. The Roadster was the first highway-legal serial production all-electric automobile to incorporate lithium-ion battery cells, and it was also the first production all-electric car to go more than 200 miles on a single charge.

This distance is considerably less for a Tesla sports car in today’s comparison, as Teslas Cybertruck, which you can figure just by looking, is an absolute beast is set to travel at least 500 miles in a single charge. It was also the first production car to be propelled into deep space, having been launched in 2018, by a Falcon Heavy rocket in a test flight.

During the fourth quarter of 2012, Tesla sold around 2,450 Roadsters in over 30 countries, with most of the final Roadsters being sold in Europe and Asia. The first-generation Tesla Roadster had the ability to accelerate from 0-60 miles per hour in nearly 4 seconds, which for the time, was super fast, but in retrospect, these speeds are some of Tesla’s slowest parameters in comparison to their upcoming vehicles.

For example, the Tesla Model S can accelerate the same distance in just 2 seconds, making it twice as fast as the Roadster. On November 2017, a prototype of the Roadster was unveiled as a surprise at the closing of the Tesla Semi event, with a 2020 release date and a starting price of $200,000.

As Musk put it, the premise is as follows: “The goal is to deliver a hard-hitting rebuke to gasoline-powered vehicles. A gasoline sports car will feel like a steam engine with a side of quiche when driven.” Those who paid the initial $5,000 of a $50,000 advance to pre-order the car were given test drives at the occasion.

Following the teaser, Tesla revealed more details, including the many world-record speeds it claims it will set.

Tesla had issued two product safety recalls for the Roadster by May 2017. Tesla issued a recall in May 2009 for 345 Roadsters built before April 22, 2009. Tesla dispatched technicians to consumers’ houses to tighten the inner hub flange bolts in the rear.

Tesla warned consumers that if they did not make this adjustment, they risk losing control of the vehicle, using the wording from the National Highway Traffic and Safety Administration.

The issue began on the Lotus manufacturing line, which produced the Roadster glider. Lotus also issued a recall for select Elise and Exige models due to the same issue. Tesla sent another product safety recall in the United States on October 1, 2010, affecting 439 Roadsters.

A vehicle’s low voltage auxiliary cable chafed on the edge of a carbon fiber panel, creating a short, smoke, and even a possible fire behind the right headlamp, prompting the recall. These incidents caused the eventual cancellation of the model and were a severe mark on Tesla’s history.

However, the Roadster 2022 is all set to prove its haters wrong. So let’s go ahead and understand what is going to be different in this model.

The Tesla Roadster is a four-seater sports car concept. Tesla claims that it would be able to accelerate from zero to sixty miles per hour in 1.9 seconds, which would be faster than any street-legal production automobile at the time of the announcement in 2017. The Roadster’s second generation, as we all know, is the successor to Tesla’s first production automobile.

Elon Musk, the CEO of Tesla, has claimed that the Roadster will be available in 2023. Beyond the base specifications, Musk said in a tweet that higher-performance trim levels will be available, including a SpaceX package that would “include ten small rocket thrusters arranged seamlessly around the car,” allowing for dramatic improvements in “acceleration, top speed, braking, and cornering.”

This would add ten cold gas thrusters to the car to boost mobility; it would consist of an electric pump that would recharge an air tank that would deliver compressed air flowing through propelling nozzles to provide a cold jet thrust.

The air tanks would replace the back seats and are based on the “composite overwrapped pressure vessel” used in the Falcon 9 and Falcon Heavy rockets. According to Musk, cornering, acceleration, top speed, and braking would all benefit from these thrusters.

Elon Musk announced in January 2021 that production would be postponed until 2022. He stated that the company would complete the Roadster’s engineering in 2021, with the goal of having a “candidate design drivable late summer.” But that didn t happen, and Musk announced in September 2021 that production would be postponed until 2023.

Pre-ordering the Roadster and its price

The Roadster’s pre-orders began in 2017, with a deposit of $50,000 required. Tesla owners who took part in the referral program began earning discounts toward the purchase of a Roadster depending on the number of referrals they received.

Those who had 55 verifiable referrals received a full refund on a future Roadster purchase. The regular model was projected to retail for the US $200,000, but the Founder’s Series, which would be limited to 1,000 units, will be priced at $250,000.

Pre-ordering the latter vehicle would require full payment. The reason behind this is to create a sense of exclusivity around this model. Since there are only 1000 units for this car, making a down payment would not make sense, as that would give someone a chance to cancel their order.

The Roadster sports a two plus two seating arrangement with two smaller rear seats and a detachable glass roof. It was created by Franz von Holzhausen, Tesla’s main designer, who was also responsible for the majority of the company’s previous vehicles.

The Roadster is jacked with three electric motors, one in the front and two in the back, which provide all-wheel drive and torque vectoring during cornering. Tesla claimed that the vehicle’s battery had a capacity of 200 kWh, which was twice that of the largest battery in a current Tesla vehicle.

The Tesla Roadster is also expected to provide a range of 620 miles at highway speeds, but of course, when driven around the city at rather slower speeds, this range can decrease by up to 200 to 300 miles.

Other than that, while prototypes were being tested, the Roadster also was said to have traveled from zero to sixty miles per hour in one point one seconds with the rocket thrusters attached in the rear, making it faster than any prototype in the world.

If given a completely empty road, this car can finish a quarter-mile in 8.8 seconds, and accelerate up to 250 mph, making it necessary for a driver to wear top-level protective gear unless they want their head to bounce around the car due to extremely high winds and pressure.

For those confused at how fast this is supposed to be, an average F1 car can accelerate up to 230 mph, which means that the Roadster is almost 20mph faster than those unbelievably fast machines that we love watching every year.

What did you think of the Roadster? Do you think it can be the best car Tesla has ever launched or will history repeat itself?

Thanks for reading till the end. Comment what’s your opinion about this information “Tesla Roadster 2022 NEW Updates Revealed Elon Musk“.