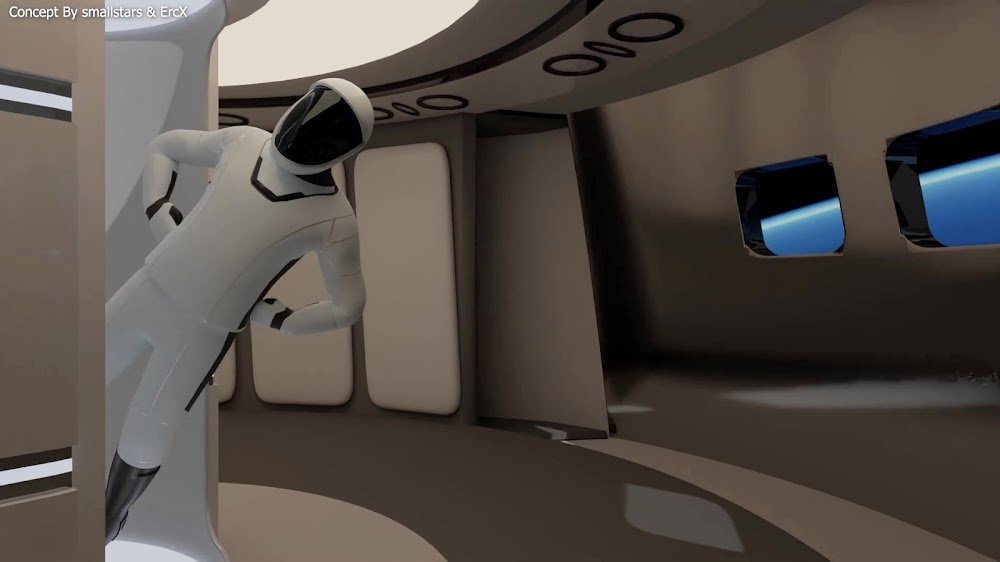 This Is How SpaceX Starship Will Sustain Life In A Journey Of Mars: The Starship rocket is an important project of Elon Musk that is vital to his space ambitions. It is still under development, but like every other project he has worked on, the world can’t wait to see what this thing can do.

So far, most of his projects have lived up to a significant percentage of the hype accorded to them. We have watched so many videos and read so many articles about the external stats of the SpaceX Starship.

We bet many of you can tell us how many raptor engines it has. But this spacecraft is meant to carry people into space, so in today’s article, we would talk about the most critical job the Starship has to do, which is sustaining life till it gets to its destination anywhere in space or on earth.

The Starship is probably the most extraordinary invention SpaceX is working on. This space mammoth is designed to carry not just satellites but also 100 passengers per flight. This number is probably going to increase in the future.

In Starship’s official user guide, SpaceX mentions that the crew configuration of the Starship will include private cabins, centralized storage, large common areas, a viewing gallery, and solar storm shelters. SpaceX would develop a default crew configuration, but the words in that user’s guide mean things can get crazier.

The famous Canadian design engineer, Michel Lamontagne, had developed a design to grasp a better concept of what the Starship’s interior will look like. The design divides the living space of the Starship into seven decks, labeled A to G.

From the bottom up, there are two openings between decks, offset slightly from one deck to the next to reduce the risk of accidents related to trying to fly through multiple decks while in zero-g. It would be very tempting, and many of us here would definitely try it if there were no offsets.

Removable rails around the openings prevent accidents while on earth or on Mars. All the decks will have 2.2-meter living space except deck G, which is 2.16 meters high. The blue bars in some areas represent handholds and footholds like those used on the International Space Station (ISS).

The floors are shown with hexagonal tiles to show that it is a system that will allow wall partitions and other items to be attached or removed to suit the tastes and needs of the passengers. Deck A consists of the gym, external airlock, toilets, and storage space.

Occupants of the ISS are obligated to carry out two or more hours of exercise daily to prevent bone and muscle loss. If you multiply that by a hundred people, you will need 10 exercise machines. Several of them will be mounted on the walls and ceilings.

This design’s theme uses every part of the living space since there is no correct orientation in zero-g. The airlock grants access to the outside of the ship during the flight if there is a need to make repairs, minor inspections, or support landing in places with no preexisting land infrastructure.

Deck B and C house passenger cabins and toilets. There will be 25 rooms on each deck, with two people per room. The walls will be removed during launch and landing, and the seats are positioned radially for acceleration and paralleled during entry, descent, and landing.

The position or orientation of the seats can be changed automatically with enough range to account for the ship’s direction vector change during entry, descent, and landing. After launch, the seats will be removed and stowed in the storage area on deck A.

Small luggage and carry-ons will be stored in the ceiling of each cabin. Passengers will be sleeping on the wall in simple sleeping bags, like on the ISS, to ease entry and exit while one or the other is asleep. Passengers will sleep in two shifts to make more room available per person on non-cabin decks.

Deck D houses the solar storm shelter and a single toilet. The inside of the storm shelter consists of a 12 and a half-centimeter layer of water packaged in plastic containers that can be removed. Water can be removed during the flight to be used for cooking or anything else.

It would be replaced after it has been processed. The Starship will have a closed cycle water purification system similar to what can be found on the ISS, including urine. Some interior storage areas on this deck will also house food. If there is a solar storm, all the passengers will have to be in this area.

Deck D will provide some shielding for the additional cabin areas by the nature of its position. Deck F and G are lounge areas; the passengers will have large screens for shared movie viewing. If you don’t like what’s showing, it is assumed everyone will have their own personal laptop.

Both decks have a view through the large window on the leeward side of the ship. This design is excellent, but things will become more complicated if SpaceX wants to put people on Starship for an extended period. It needs a life support system. Life support systems will add weight and complexity to Starship.

SpaceX might even need to change how the spacecraft operates to accommodate a life support system. We have identified the spaces all the astronauts and passengers will need to sleep, eat, exercise, and have fun, but what about the life support system?

John Cover, the deputy system manager for the International Space Station, says, “The most basic necessity is the atmosphere; anything that keeps the crew alive and functioning and keeps that environment safe for them is really the life support system.”

Life support systems need to supply the right amount of gasses for people to breathe and remove carbon dioxide from the air before it builds up to a dangerous amount. Passengers will need drinkable water and a place for wastewater to recycle.

On a trip to orbit, water and oxygen can be supplied in finite containers, just enough and some extra to get them to their destination. On the International Space Station, where people live for months, there is a regenerative system in place for oxygen and water.

They are recycled in a closed-circuit system like Lamontagne’s design. Urine and sweat are recycled and turned back to drinking water. In contrast, some part of that water is separated into oxygen and hydrogen in a process known as electrolysis, providing air, so people can breathe.

The presence of a crew presents hazards, and how these hazards might unfold and be curbed has to be discussed and handled. Any crew member can get injured or, worse, killed if something goes wrong, so there’s a lot of work that remains to be done.

Musk claims that a life support system will be a priority in the months ahead as people will be able to fly to space on Starship as early as 2023. SpaceX doesn’t have a documented experience with regenerative life support systems, but the International Space Station is proof that the technology exists.

The life support system of SpaceX’s Crew Dragon is not regenerative. Skeptics like Dorit Donoviel, the director for the Translational Research Institute for Space Health, partnered with NASA, said that “It is extremely naive to think we can send people to Mars within the next decade.

Realistically, it’s going to be at least 10 years or more before we feel comfortable doing that.” Elon Musk and SpaceX have made accelerated progress in two decades. We hope that they can prove the skeptics wrong and take us to Mars before the end of this decade.

Thanks for reading till the end. Comment what’s your opinion about this information “This Is How SpaceX Starship Will Sustain Life In A Journey Of Mars“.