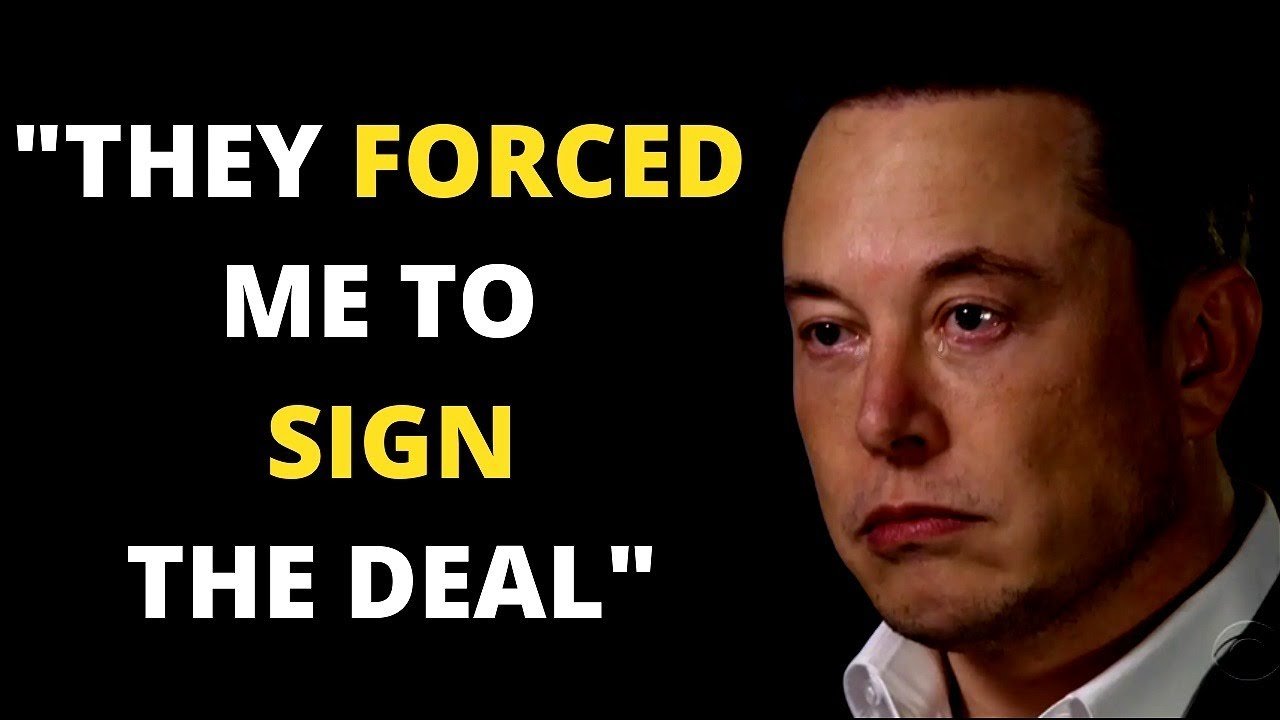 Elon Musk JUST REVEALED Why He Lost Respect For The SEC:- Elon Musk and the SEC have been engaged in a heated competition over the past few years, and it does not appear to end any time soon.

Elon Musk recently appeared on Ted, where he discussed his exposed Securities and Exchange Commission Filings. He was compelled to accept the 2018 settlement agreement and held the SEC accountable for his actions.

Aside from that, he insists he has the funds to take Tesla private, even though the agency has concluded that he does not have them.

The conflict between the Securities and Exchange Commission and Tesla CEO Elon Musk looks to be heating up. Musk and the SEC have been involved in several altercations with one another.

The Securities and Exchange Commission has filed a complaint against Musk in response to his controversial statement regarding the funds obtained for his unsuccessful bid to take Tesla private in 2018.

After that, Musk began an oppositional campaign against the SEC. He insulted them and said they were working for persons trying to defraud the electric automobile manufacturer. However, Tesla and Musk eventually settled with the Securities and Exchange Commission.

Elon Musk has stated in the past that it looks as though the SEC’s vengeance against them is picking up speed. He also said he has been compiling evidence to use against the organization. Even though he did not initiate the conflict, he intends to see it through to its conclusion.

In 2018, Elon Musk disclosed that he had been coerced into agreeing to the SEC deal. This occurred because the banks threatened to stop giving cash to the firm if he didn’t comply, which would lead to the company’s rapid demise.

In 2018, the United States Securities and Exchange Commission brought a case against Tesla and Elon Musk, which received much media attention. After that, the manufacturer and its CEO were required to agree and pay a fine in the multimillion-dollar range.

This case is seen as a victory for the Securities and Exchange Commission. However, many aspects of the case are unknown to the general public. Musk then unveiled these things during his address at the Vancouver technology, entertainment, and design conference, where he provided some specifics and removed the curtain.

The CEO of Tesla stated that funding for the privatization of his firm was secured when he wrote his tweets in the summer of 2018. He was referring to Tesla’s first public offering. However, the SEC maintained an ongoing inquiry open to the public, which caused the firm enormous harm.

Musk has criticized the SEC for years, tweeting that it is the “Shortseller Enrichment Commission.”

In March Musk’s lawyers wrote to US Judge Alison Nathan of the Southern District of New York arguing that the SEC was continuing to target Musk because he “remains an outspoken critic of the government” and that the ongoing investigations of his public comments constitute an “outsized effort” to “chill his exercise of First Amendment rights.”

In February, the agency, which serves as a watchdog for investors, responded with its own letter to the judge, claiming it had done nothing improper. That prompted the latest response from Musk’s lawyer.

Judge Alison Nathan is in charge of enforcing the terms of a consent decree that the agency, Musk, and Tesla struck in 2018. It came from an investigation by the SEC into Musk’s tweet in which he claimed to have “financing secured” to take Tesla private.

The announcement of that proposal caused Tesla share prices to surge. But as time passed, it became abundantly evident that funding was in no way guaranteed. Musk agreed to step down as Tesla’s chairman as part of the settlement, but he will continue to serve as CEO of the company.

Before he sent, he consented to have other executives at Tesla examine any of his future social media posts that potentially contain information relevant to the firm.

In letters sent out in early February, Musk’s attorneys expressed their displeasure with the Securities and Exchange Commission for not distributing those monies to Tesla shareholders. The SEC then acknowledged that the distribution was a complicated issue and stated that it anticipated having a final distribution plan available for the court’s approval by the month’s end.

A current inquiry is being conducted. Since the consent decree was struck in 2018, Musk hasn’t been shy about tweeting, and despite the deal, it is unclear how much outside supervision his tweets get at Tesla.

It is evident that the SEC has continued to watch his conduct, and it is clear that the SEC is not pleased with anything it observes. In its annual financial report, Tesla announced at the beginning of this month that the business had been served with a subpoena from the Securities and Exchange Commission (SEC) “seeking information on our governance systems regarding compliance with the SEC settlement.”

This subpoena arrived only a few days after Elon Musk had launched a Twitter poll in November. He asked users to vote on whether or not they thought he should sell 10 percent of his shares and pledged to do so if the majority of respondents agreed, which they did.

On the first trading day after the survey, shares of Tesla (TSLA) saw a downward trend. It became apparent when Musk began selling his shares around the end of November.

It said that most of the transactions were carried out for him to pay the taxes he owed as a consequence of exercising stock options that were about to expire and not as a direct result of the Twitter poll.

As a result of exercising those options, he wound up with a greater number of shares in Tesla at the end of the year compared to what he had when he posted the poll. The business also revealed that the SEC had filed a subpoena to Tesla in December seeking “certain financial data and contracts including Tesla’s normal financial arrangements.”

This information was provided by the company in its filing. However, Tesla said that the government agency informed the firm that the inquiry was closed. Mid-February, the government responded to Musk’s previous letter that it had “not issued any subpoenas in this dispute.”

This statement gives the impression that the subpoenas that Tesla reported were part of fresh investigations that were being conducted by the agency. This assertion made by the SEC was described as “disingenuous at best” in a letter sent by Musk.

The experts are making a lot of sense here because insider trading usually means trading a company’s stocks by people who have access to non-public or confidential information about the company.

The thing that shareholders of Tesla would like the Securities and Exchange Commission to do is to protect them by not pestering Elon Musk.

They have been conducting investigations that have been fruitless for the past five years. That way, he won’t waste his tremendous expertise on answering discovery questions and can concentrate on developing more electric automobiles instead. What do you think of this? Is the SEC harassing Musk and making a big deal out of this? Share your thoughts in the comment section below!

Thanks for reading till the end. Comment what’s your opinion about this information “Elon Musk JUST REVEALED Why He Lost Respect For The SEC“.