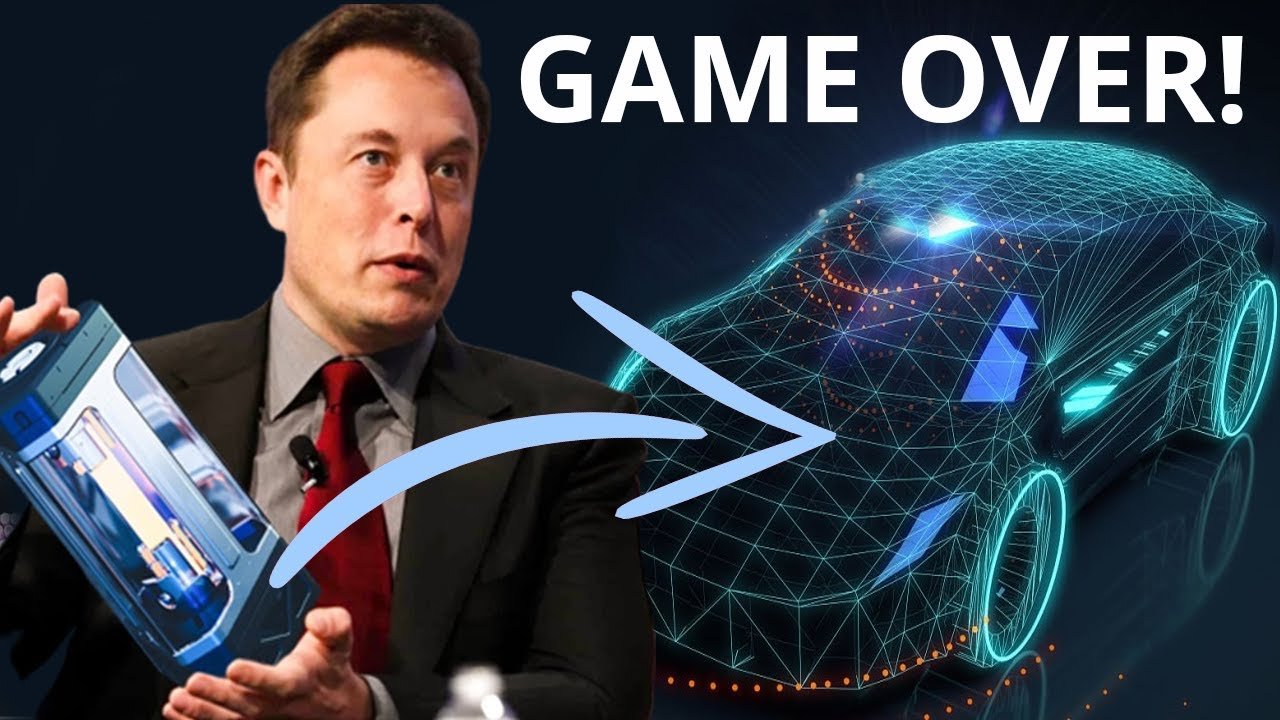 Tesla’s new 4680 battery cells have the potential to be cheaper, more efficient, and therefore enable a longer range or smaller battery packs. Said another way, the new Tesla 46 80 cell is the equivalent of bringing a potato gun to a french fry fight.

Munro Live has revealed the upcoming teardown and analysis of the Made-in-Texas Tesla Model Y, which is equipped with Tesla’s 46 80-type cylindrical battery cells. The announcement was made recently in an episode discussing the Tesla Model S Plaid and Tesla Model Y battery modules.

Munro and Associates has already purchased a Made-in-Texas Tesla Model Y in Florida, so it might be one of Tesla’s current inventory units. According to the video, the project will begin immediately with the new battery pack, which is the single most significant change applied to the car.

Hopefully, the investigation will provide additional information regarding Tesla’s newest battery, which is believed to be over 67 Kilowatt-hour in the case of the MIT Tesla Model Y.

Interestingly, some of the roughly 800 cells inside the pack will be available for sale – pre-orders are already being accepted – but the price is pretty high – $800 per unit. If we are not mistaken, sales of just 100 would more or less cover the purchase of the donor car, but of course, it’s just part of the teardown total cost.

Of course, the new battery (structural pack, new cells) is not the only area of interest; there are also megacastings in the front and back, as well as potential other innovations that have yet to be discovered.

Speaking about new things, Sandy Munro believes that the battery pack will be removed from the automobile, along with the seats, which are now attached to the top of the pack in the newest Model Y.

In terms of megacastings, an interesting related presentation will be about IDRA’s giga presses at the plant in Italy. The one for the Tesla Cybertruck is expected to have a 9,000-ton capability.

Tesla currently produces the 46 80-type batteries in-house in the United States, but as we know, other suppliers are also ready for series production. Tesla has received 46 80 battery cell samples from Panasonic ahead of the manufacturing giant moving to mass production of the new battery that is going to power the Cybertruck and more.

Tesla introduced the 46 80 battery cell in 2020, a new tab-less battery cell in a larger size with new chemistry that would enable cheaper and longer-range electric cars. The cells have already made it to the Model Y being produced at Gigafactory Texas.

For the first time, the carmaker is producing electric vehicles using its own cells. However, Tesla will need so many cells that it is collaborating with existing battery suppliers to launch their own production of the new 46 80 cell.

The Japanese company will showcase its own 46 80 cell developed in collaboration with Tesla in October 2021. Then, Panasonic approved a $700 million investment to manufacture the 46 80 cell in Japan, and it has been rumored that it is seeking for a location for a new factory to produce the cells in the United States.

Earlier this month, we learned that Tesla asked Panasonic to speed up the development of its 46 80 battery cell. It looks like Panasonic listened because Kazuo Tadanobu, CEO of the Panasonic’s energy business, confirmed today that the company has sent Tesla samples of 46 80 cells. The CEO stated that mass production would begin in March of the next fiscal year.

He also confirmed the rumors that it intends to have 46 80 production capacity in North America at some point. Panasonic, as previously reported, is supposed to be developing a massive new battery factory in the United States, possibly in Oklahoma, to provide Tesla with 46 80 cells.

Tesla uses 46 80 cells in its new Model Y, which is manufactured in Gigafactory Texas, but it is expected to power all future electric cars, including the Cybertruck. Another big update is that Tesla files to expand Gigafactory Texas with giant new building.

According to CEO Elon Musk, the current structure is equivalent to around 15 city blocks or three Pentagons. It has somewhat more than 4 million square feet of space and 338 million cubic feet of volume.

Regardless of size, Tesla has plenty of opportunities to expand at the area, since the project currently sits on 3.3 square miles of land. Tesla obtained a building permit last week to expand on the site with another extremely big building.

In the description for the permit application, Tesla writes: “All above ground piping and underground plumbing, G A 2 and 3 expansion, 500,000 square foot.” A new 500,000-square-foot addition would be a significant new structure for the factory.

The term “G A” usually refers to general assembly, which means Tesla intends to establish two new assembly lines in that new building. It’s unclear if this would be to enhance production of the Model Ys now being made at the factory or whether Tesla intends to utilize the area to construct additional models like as the Cybertruck and Tesla Semi, which are expected to arrive at Gigafactory Texas next year.

Tesla isn’t saying much about the Model Y’s manufacturing ramp-up at Gigafactory Texas, but Electrek just revealed that for the first time, insider information puts output at a few thousand units per week. However, it is unclear if this is sustainable as Tesla has complained about its new 46 80 battery cells and its structural battery pack being a bottleneck.

We also know that Tesla is currently producing Model Y Long Range cars with 21 70 cells in order to avoid the bottleneck. Gigafactory Texas is one of the world’s largest factories, not only because Tesla wants high volume production at the factory, but also because the carmaker wants to be vertically integrated down to on-site battery cell production.

Tesla has been ramping up production of 46 80 cells at the factory, and it is even adding a cathode processing plant on the same piece of land. Tesla revealed this morning that it delivered 254,695 cars in the second quarter of 2022, falling just below consensus estimates of 256,700 from the Street and 263,000 from FactSet. In the first quarter Tesla manufactured 258,580 vehicles.

“In the second quarter we produced over 258,000 vehicles and delivered over 254,000 vehicles, despite ongoing supply chain challenges and factory shutdowns beyond our control,” the automaker stated in a news statement. “June 2022 was the most productive month in Tesla’s history.”

The Model S and Model X flagship cars were delivered in 16,162 units, while the Model 3 and Model Y accounted for 238,533 deliveries in Q2. Tesla overcame very challenging market circumstances to have a strong quarter.

Tesla’s Chinese manufacturing plant, Gigafactory Shanghai, was shut down for three weeks in April because to a COVID-19 epidemic in the area. After reopening in May, the plant restored to full capacity.

The automaker recovered as well, thanks to a spirited effort in Fremont and Berlin. The Northern California factory achieved a record for units produced in a week in early June, setting a record for production numbers.

Gigafactory Berlin in Germany also achieved 1,000 unit output for the first time in its brief production history. In terms of annual production stats, Tesla is still on track to produce more than 1,000,000 cars for the first time as a corporation, after falling just short last year with just 936,000 deliveries between Fremont and Shanghai.

With Gigafactory Texas and Gigafactory Berlin rapidly ramping up production and Shanghai fully operational, Tesla will look to Q3 2022 to regain momentum and start a fresh streak of quarterly delivery growth. The automaker failed to grow deliveries for the first time in ten quarters in Q2 2022.

Thanks for reading till the end. Comment what’s your opinion about this information “Elon Musk JUST Revealed A GAME-CHANGING Updates On Tesla 4680 Battery“.