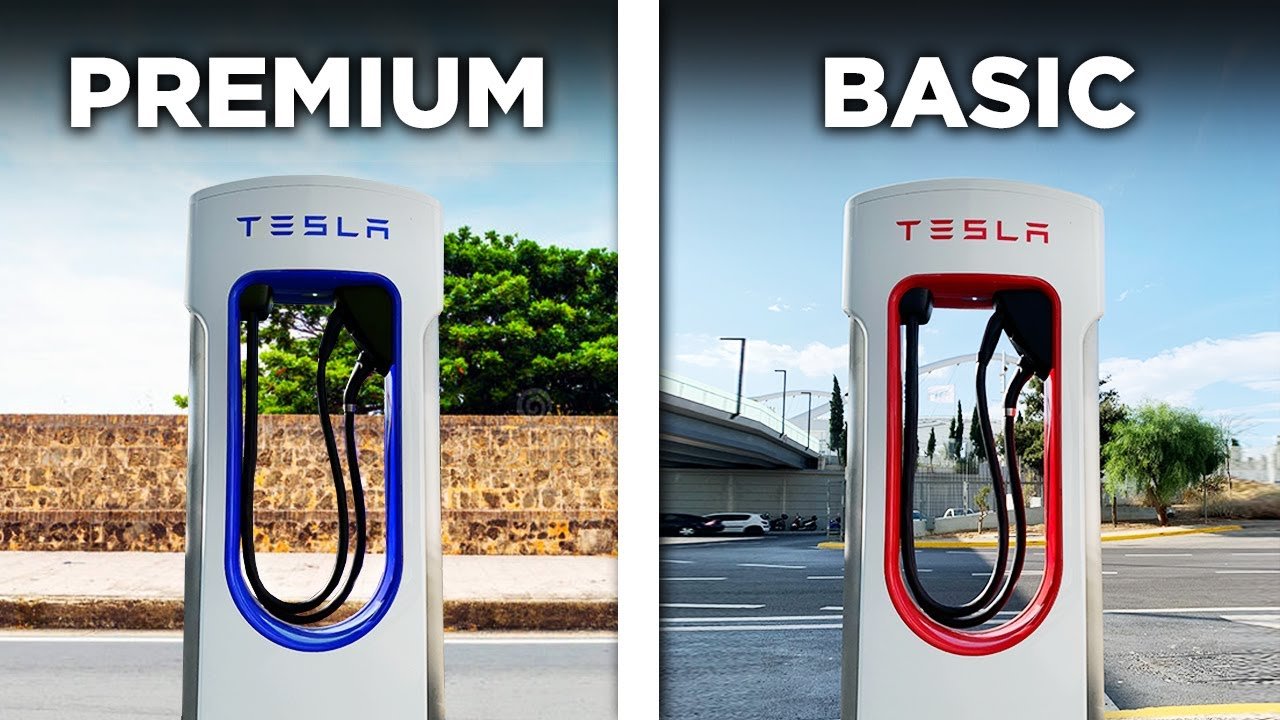 Elon Musk Shocks World With Tesla’s New MEGA Charger:- Imagine being on a road trip and you need to stop, not because you ran out of fuel, but because you need to spend 30 minutes charging the battery. And what if they’re all being used? Could it be over an hour?

Well, Elon Musk has addressed one of the largest consumers’ concerns with the mega charger, which could fully charge your car in just a few minutes. The mega charger was first introduced to solve a glaring issue Tesla had with the semi-truck.

The Tesla semi-truck requires a lot of energy to move such a large and heavy vehicle, so its batteries need to store a tremendous amount of power. A truck is designed to travel long distances, moving goods across the country.

For a battery-powered semi to be useful, it would either require a battery that has a super long-range or a very fast charging time. It turns out Tesla did a bit of both, plus something unexpected. The 500 miles range semi would require a 600 kilowatt to 1000 kilowatt battery pack.

The 500 miles range semi would require a 600 to 10-kilowatt-hour battery pack. Because a 600-kilowatt hour battery pack weighs around £8000. It would cut into the payload of the truck, which isn’t good considering a truck’s main job is to carry a payload.

But Tesla has made significant advancements in battery technology since the semis debut, including the launch of the 4680 battery cells. Because these cells are lightweight but have a high power density, they may be able to lower the weight of the semi, allowing for bigger payloads. But there is still one huge issue the range.

Introducing the mega charger. The current technology takes too long to charge, the mega charger was designed to cut that time down without losing any of the power or range. The mega charger is a high-powered industrial charger that will be able to charge the Tesla semi in just 30 minutes.

This is a vast improvement over the current technology, which can take up to 8 hours to charge the semi’s batteries, the Tesla semi will use a new type of battery cell that Tesla has been developing, which they are calling the million-mile battery.

This new battery cell is designed to last for 1 million miles, and it will be able to charge and discharge faster than any other battery on the market. A million-mile battery does not mean you can drive a million miles between recharges.

It means a battery that will last for 1 million miles or more before it can’t hold a charge anymore. Most automotive batteries will last approximately 1000 complete charges. Manufacturer guarantees on batteries are limited to around eight years and 150 0 miles, which is proving to be conservative as batteries are outlasting their warranties.

In general, a battery with a million-mile range might be recharged 4000 times or more. The mega charger is a game-changer. Using a mega charger, the Tesla semi can add400 range in just 30 minutes, reducing the previously expected charge time of 400K to 180 minutes.

Tesla has already been working on a mega charger network at truck arrest stations across the United States and Europe, where each semi will be able to recharge its battery.

Elon Musk said that mega charge technology can give 400 miles of range to a Tesla semi in 30 minutes. This is almost four times the current peak charging power of a supercharge. We now know that Tesla is working with several of its largest Tesla semi reservation holders to install mega charging stations at their locations.

The manufacturer has been at the forefront of electric vehicle charging infrastructure with its supercharger network, but semi-trucks are unable to use the network. As a Tesla owner, you may have access to a number of easy charging alternatives that suit your lifestyle and driving requirements.

The Tesla supercharger, on the other hand, is the quickest charging option, enabling you to charge your car up to 200 miles in 15 minutes. There are over 300 worldwide superchargers that are available 24 hours a day, seven days a week, and are positioned on important routes.

Tesla’s mega chargers, on the other hand, can charge its semis for 400 miles in 30 minutes. In comparison, Tesla’s new class of charges considerably outperformed the supercharge, which has led to rumors circling that a normal Tesla car could theoretically charge on a mega charger.

Elon Musk seems reluctant to confirm this. However, at some point in the future, it is not crazy to imagine that Tesla charge times will reduce by half, allowing users to fully charge a Tesla model in only minutes.

The all-electric truck was initially revealed in 2017 and is the company’s first move into non-consumer vehicles. The six-wheeled semi is powered by four independent electric motors that draw power from a battery bank at the base of the vehicle.

While it has been delayed since its launch, Elon Musk has confirmed a raft of new product deliveries in 2023, including the much-anticipated Cybertruck and the Tesla semi.

According to a Tesla 2020 impact study, semi-trucks make up 1% of the US. Vehicle fleets, but emits 17% of the emissions, so electrifying fleets of trucks will certainly help to reduce emissions from one significant source.

Another interesting aspect of the Tesla Semi is its full self-driving mode, which will allow a fleet to work autonomously. The capitalists among us are rejoicing at the idea of the savings to be had. However, this does pose a serious problem.

There are currently 3.5 million truck drivers in America, and being a driver is one of the largest occupations in the US. If these trucks do become autonomous, it’s estimated that at least 1.7 million jobs will be lost in the US. Alone.

It’s not just truck drivers that will be affected by this, but also the people that work in the service stations and motels along America’s highways. While the Tesla Semi is still in its prototype stages, it’s important to think about the potential implications that it could have on society as a whole.

If you talk to truckers, they’re some of the most pro-technology people around because they’ve seen how technology has helped them do their job better, presidential candidate Andrew Yang told Yahoo.

But there is a real risk here that if we don’t get this right and plan for this transition in an intelligentway, a lot of folks are going to be left behind. The Tesla Semi was groundbreaking when it was released in 2017.

However, the delays in its delivery have given way for a raft of competitors to catch up. Scania has introduced an electric truck that has a range of 320 km at 40 tons load and230 km range at the 64-tonne load.

Volvo is already on its second-generation truck, with significant improvements. The first generation of Volvo VNR electric had an operating range of up to 240 km. Now an enhanced version two of the electric truck has an impressive range of up to 440 km.

Tesla is still ahead of the pack when it comes to infrastructure, battery packs, and more importantly, charging networks, but it may not be long. What do you think of Tesla’s mega charger that can charge the Semi in 30 minutes? Would being able to charge your Tesla in seven and a half minutes change your decision to get one?

Thanks for reading till the end. Comment what’s your opinion about this information “Elon Musk Shocks World With Tesla’s New MEGA Charger“.