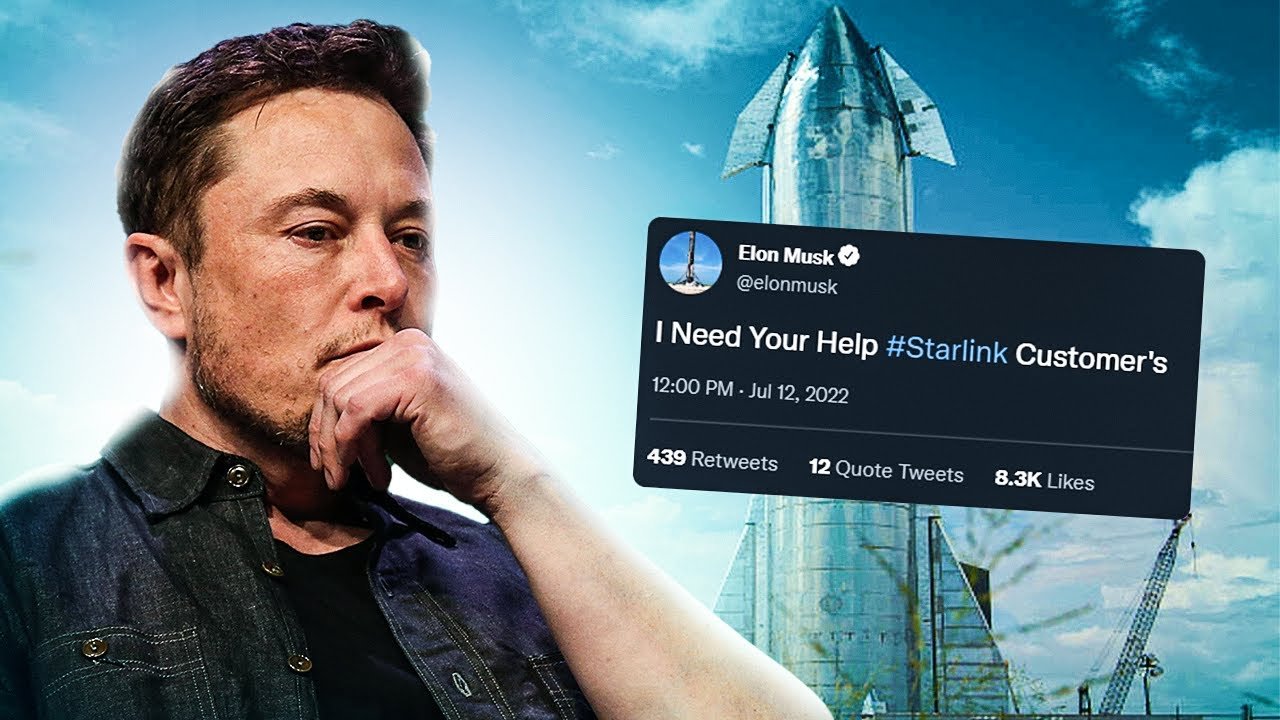 Some Starlink customers received an email urging them to contact the FCC and members of Congress in order to support SpaceX in the ongoing dispute. “Today, we ask for your help in ending a lobbying campaign that threatens to render Starlink inoperable for you and the vast majority of our American customers,” the email states boldly.

SpaceX and Dish are currently feuding over a band of radio frequencies known as the 12GHz band. These frequencies are used by SpaceX to operate its massive Starlink network, a growing constellation of over 2,400 satellites that beam broadband internet coverage to users on Earth.

OneWeb, another internet-from-space initiative, also uses this frequency. However, the FCC opened the door to the 12GHz band being used for 5G in January of last year, with Dish and a company called RS Access submitting studies on how their networks could use the frequencies.

Along with other company members, the companies formed a “5G for 12 GHz Coalition” to persuade the FCC to change its rules and allow the 12GHz band to be used for 5G. Now, SpaceX is returning to Dish and those studies.

SpaceX stated in a recent FCC filing that it uses the 12GHz band as “workhorse frequencies” to provide “critical downlink services” across the United States. Customers would experience “total outage of service 74 percent of the time” if the spectrum were opened up for 5G use, according to SpaceX.

SpaceX sent these statistics to Starlink users in an email, along with a link to a study it commissioned that shows how sharing the 12GHz band would harm Starlink service.

Some of the language in the email message is similar to that of an email sent by SpaceX to media representatives last week, which linked to the SpaceX study and the company’s letter to the FCC. However, in its email to users, SpaceX encourages them to take action.

“The FCC and your members of Congress have the authority to halt this effort, but they must hear from you,” according to the email. “Despite technical studies dating back to 2016 that refute the basis of their claims,” the email states, “DISH has employed paid lobbyists who are attempting to mislead the FCC with faulty analysis in the hopes of obscuring the truth.”

Customers can click a link provided by SpaceX that takes them to a separate internet browser page where Starlink users can send an email to the FCC. By entering your name, email, and address in the form, you can ask the FCC and members of Congress to put an end to this threat.

Before clicking “Send Message,” feel free to include a personal statement in the text box above each message about how having access to Starlink has impacted your life. Because of your personal experiences, your representatives and the FCC will be compelled to act on your behalf.

Users can send pre-written emails to US senators and representatives, as well as the FCC. “I am writing to express strong opposition to the FCC proposed rule considering changes to the 12 GHz frequency band,” the pre-written email to the FCC begins.

The FCC should reject efforts to repurpose and change the rules governing this spectrum, which is used by satellite operators in my community and across the country to provide high-speed broadband and other services.”

Dish already uses 12GHz to provide some satellite TV service and hopes to start using it for 5G service as well, as one of the largest holders of licenses to that spectrum. “We believe coexistence is possible,” Dish legislative affairs EVP Jeff Blum said last year to Fierce Wireless, calling the potential change “a win-win-win for everyone.” Dish did not respond immediately to a request for comment on SpaceX’s email.

The spectrum is especially important to Dish as it develops its 5G wireless network, which is currently known as Project Genesis. As part of T-acquisition Mobile’s of Sprint, Dish acquired Boost Mobile and reached an agreement with regulators to launch a nationwide wireless network.

The first phase of the network went live in the United States this month, covering what Dish claims is more than 20% of the population. This is just the most recent regulatory battle over 5G spectrum sharing. After the FCC approved the spectrum for mobile use, AT&T and Verizon clashed with the FAA earlier this year over the use of certain frequencies near airports that could interfere with altimeters.

Dish is attempting something no one has done in a long time: building a new nationwide cell network from the ground up. The Project Genesis 5G service went live in “over 120 cities” two weeks ago.

By the way, if you are watching us for the first time, make sure to hit that subscribe button and turn on notifications so you can enjoy our future videos while getting updated. Getting back to the topic … We had some big questions from the start, such as how fast this new network would be.

Would we be able to get Dish service at all? And did the company launch Genesis before it was ready to avoid tens of millions of dollars in fines by meeting its contractual obligations with the government?

The Federal Communications Commission has granted SpaceX permission to use its Starlink satellite internet system on moving vehicles such as cars, trucks, boats, and aircraft. It’s a significant victory for SpaceX’s Starlink system, potentially opening the service up to a wider range of use cases and customers.

In March of last year, SpaceX requested regulatory approval from the FCC to allow Earth Stations in Motion Starlink terminals to be used in moving vehicles. Customers must purchase a personal ground-based antenna, or user terminal, to connect with any orbiting Starlink satellites that happen to be overhead in order to access the system and receive broadband internet coverage.

Until now, those dishes had to stay in one place in order to access the system. The FCC has now granted SpaceX’s request, as well as that of another satellite company, Kepler Communications, paving the way for a new class of user terminals that can connect to broadband-beaming satellites while moving.

While doing so, the FCC chose to deny Dish Network’s petition to prevent the companies from using frequencies in the 12GHz band.

The FCC will, however, continue to conduct analysis as it moves forward with rulemaking on the presence of ESIM devices in the 12GHz band, and Kepler and SpaceX will be subject to any future rules it establishes. The FCC claims that approving the new capability is in the best interests of the public.

“We agree with SpaceX and Kepler that granting their applications with conditions would benefit the public interest,” the FCC wrote in its June 30th authorization.

“Authorizing a new class of terminals for SpaceX’s satellite system will broaden the range of broadband capabilities to meet the growing user demands for connectivity while on the move, whether driving an RV across the country, transporting a freighter from Europe to a U.S. port, or flying domestically or internationally.”

Starlink is SpaceX’s ambitious plan to launch thousands of satellites into low- to medium-Earth orbit to provide low-latency broadband coverage to the Earth below. So far, the company has more than 2,400 satellites in orbit, and after exiting beta testing near the end of last year, it recently boasted that it had 400,000 users.

Customers who want to order Starlink must first purchase the kit, which includes a user terminal, and then pay a monthly fee of $110. However, SpaceX has stated that it intends to expand Starlink beyond residential customer use.

The company has been negotiating with various airlines about using Starlink internet service, and it has agreements with Hawaiian Airlines and private jet service JSX to begin providing internet connectivity on their aircraft in the coming years.

Furthermore, for an additional fee, Starlink has launched a new special service tier for RVs, allowing users to connect with Starlink satellites from multiple locations such as campsites or vacation cabins, with no assigned “home” address.

However, at the time of the announcement, subscribers were not permitted to use the dishes while their RVs or vans were in motion. And with that being said, it’s time to end our video. What are your views about going wireless? Let us know in the comments.

Thanks for reading till the end. Comment what’s your opinion about this information “SpaceX Asks STARLINK Customers For Support In Wireless Battle With Dish“.