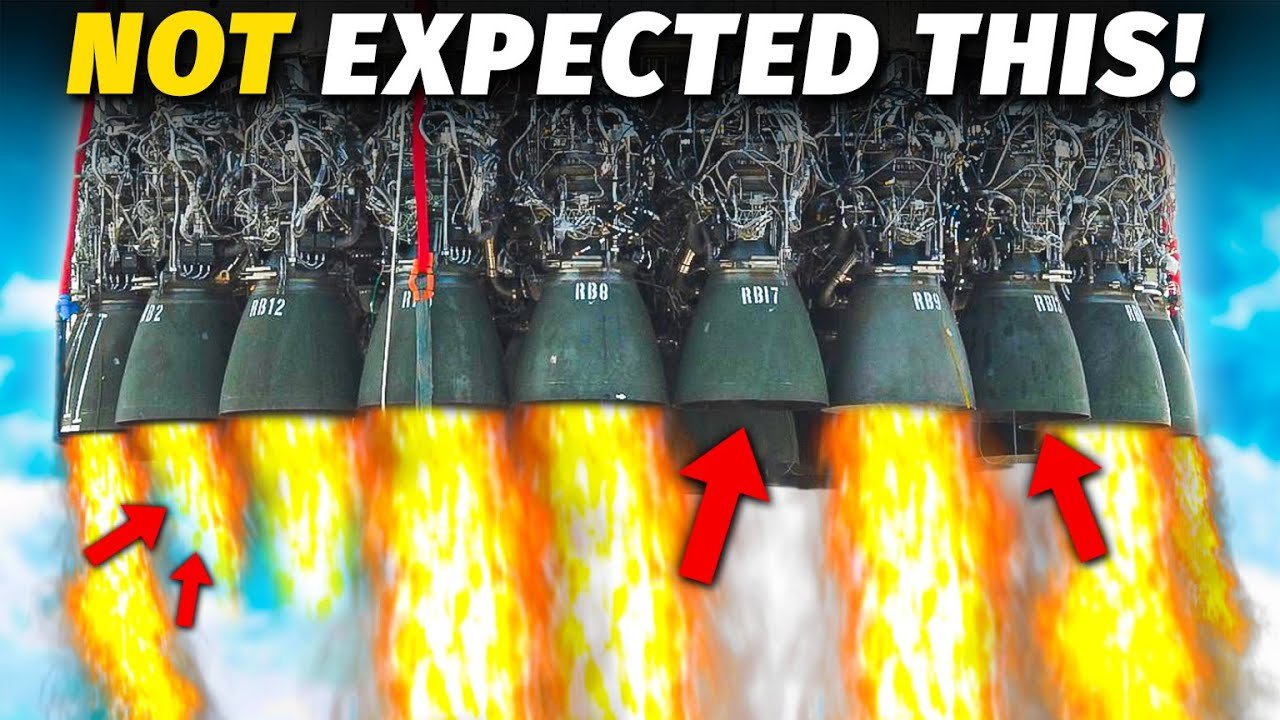 SpaceX 33 Engines Starship Booster Monster Issues Not Expected:- Haven won the FAA’s trust, and SpaceX is now doing the needful to fly into orbit. As soon as the FAA Okay the launch permit. Elon Musk had to put SpaceX engineers on a hot seat.

Remember that the super-heavy booster will have to fire up 33 raptor engines beneath itself, not the 29 raptors previously proposed by the company. So, the number of tests that will be carried out on each of the raptor 2 engines will not be a day task.

Each super-heavy booster is expected to have 33 raptors and 2 engines. You should recall that SpaceX wants to manufacture 1000 starships and prepare to meet the next launch cycle. So what we are talking about here is that 1000 super heavy will require 33,000 raptor engines to fire up into space.

After each raptor engine is manufactured, each engine goes through the two most crucial testing phases. The first phase is about the thrust – engineers have to test to ensure that the engine produces the right proportion of thrust to reach the desired push.

If it doesn’t work as expected, there has to be an adjustment using a glycogenic instrument. With this, there will be no room for several adjustments. Instead, all the raptor valves will be set correctly to achieve the desired output.

The second step of raptor testing involves determining how well the pipes are designed to withstand vibrations when gas shoots out of the engine’s nozzle. However, the raptor 2 engine testing process did not appear to go smoothly, leaving SpaceX engineers completely frustrated.

SpaceX builds and tests the engines at McGregor, Texas, before transporting them to Boca Chica, Texas, or, in the case of the Merlins, to Florida. Most engine testing is likewise performed in Texas. However, SpaceX also tests them after integrating them with the booster.

Only one vehicle survived SpaceX’s five tests, and only two successfully landed vertically. All of them used first-generation Raptor engines. However, SpaceX updated the engines after learning from previous failures.

The first test, which employed the SN8 prototype, successfully reignited its Raptors mid-air but failed to land due to low thrust. Elon Musk, the CEO of SpaceX, later claimed that the landing failed owing to weak fuel pressure. This caused the Raptor engine to emit green flames seconds before it crashed and landed.

The current test on the SN11’s booster had excellent results, with the Raptor engines performing better than initial prototypes. Generally, during SpaceX’s tests for the SN8, SN9, and SN10, the engines were frequently surrounded by flames around the engine compartment, but this did not happen most of the time during previous tests – which does not show a positive headway for raptor testing.

In a different situation, SN11 was surrounded by thick fog when it launched from SpaceX’s testing facility in Boca Chica, Texas. The vehicle’s three engines started up properly, and in about 42 seconds, it had ascended one kilometre in height.

The test’s ascent phase went smoothly, with Starship reaching 4 kilometres at the two-minute mark and successfully shutting down its first engine fifteen seconds later. After moving four more kilometres and shutting down both engines, the vehicle waited for the third engine to perform a significant belly-flop.

The final Starship intends to horizontally realign itself while approaching the earth’s atmosphere to expose its heatshield to the climate and absorb the heat of re-entry. This flaw is at the core of Starship’s flight plan. At the four-minute mark, the vehicle ascended to 10 kilometres.

Shortly after that, it successfully horizontally positioned itself to commence the second phase of the test. The issue developed as Starship tried to restart its engines for a landing burn after it had drifted downward for some time.

It performed the reverse belly-flop maneuver using one of its Raptor engines. As demonstrated during SpaceX’s earlier Starship test, the engine is capable of gimbling to allow the vehicle to change orientation and then lighting up again seconds later for a landing burn. It’s difficult to tell from the fog whether the prototype caught fire because of a propulsion malfunction or because it exploded during the landing.

The prototype’s fragments fell to the earth quickly after SpaceX’s camera was interrupted. It would be foolish to draw firm conclusions about the causes of today’s accident based on the available information.

In light of prior testing, where the Raptor engines occasionally failed to restart or produced less thrust than necessary, it is evident that SpaceX will need to continue improving its propulsion system before it can successfully complete all of its test objectives.

One issue with SpaceX’s Raptor engines is that they are far more bigger than traditional rocket engines, and a significant number of them, around 33, are placed in the same area directly beneath the super-heavy booster. Another top-notch engineering difficulty that SpaceX needs to address is how to cool down the heat created by the 33 Raptor 2 engines that are located beneath the Starship.

This is necessary to ensure that these engines do not sustain damages consistently. Again, a combustion chamber that is too big is more likely to have issues with the mixing of oxidizer and fuel, which can lead to combustion instabilities that lower the engine’s efficiency.

It is helpful to “gimble” the rocket nozzles to somewhat deflect the thrust being applied and apply rotational forces onto the rocket. This enables the rocket to be controlled. When you have several little engines, the forces necessary to gimble them together are pretty small.

Still, when you have only one large engine, it is considerably more challenging. Perhaps SpaceX has the means to come around this. Haven discussed the difficulties that SpaceX is facing with the Raptor engine.

On second thought, the SpaceX Raptor 2 engine is one of the most excellent rocket engines that has been produced so far worldwide. Let’s talk about various assertions that substantiate this claim, starting with what makes SpaceX’s Raptor engine different from other similar engines.

The primary advantage they provide is that SpaceX’s existing rocket engines are intended to have their booster stages reused several times and have already done so successfully. They expect the boosters will be able to be reused up to 10 times without requiring maintenance.

Even if they are only able to fly each rocket four or five times, it will still be a significant economic accomplishment for SpaceX. The Raptor engine is both a mechanism by which boosters may be reused hundreds of times and a means by which the upper stage can be reused also.

In reality, even if they can only reuse the rocket a hundred times and the upper stage a few dozen times, they will have made access to space far less expensive. Approximately 5% of the usual price of American/European rockets.

Raptor engines are also very powerful and provide higher thrust per unit of fuel used. It costs less to produce the raptor engines, even spacex will need 33,000 raptor engines for 1000 starships. The math governing access to space is dramatically altered by this.

The development of the BFR/BFS launch system and the Raptor engine are intricately intertwined. The upper stage is so large that it will have 5 times the cargo capacity and around 10 times the interior space of the Space Shuttle at a cost per ton that is 1% less.

Additionally, the BFS starshipship is designed to travel to the Moon, Mars, and various other locations across the solar system. Please understand that we will not shoot nuclear waste into the Sun.

It won’t be that cheap. We won’t also allow the poor to travel to the moon either. If everything goes well as planned and SpaceX successfully launched the Starship into space, it won’t indeed be an avenue where everyone will begin to rush to travel to space; instead, only the middle-class American who can afford the millions of dollars in flight ticket can secure a seat in the Starship with their money.

Thanks for reading till the end. Comment what’s your opinion about this information “SpaceX 33 Engines Starship Booster Monster Issues Not Expected“.