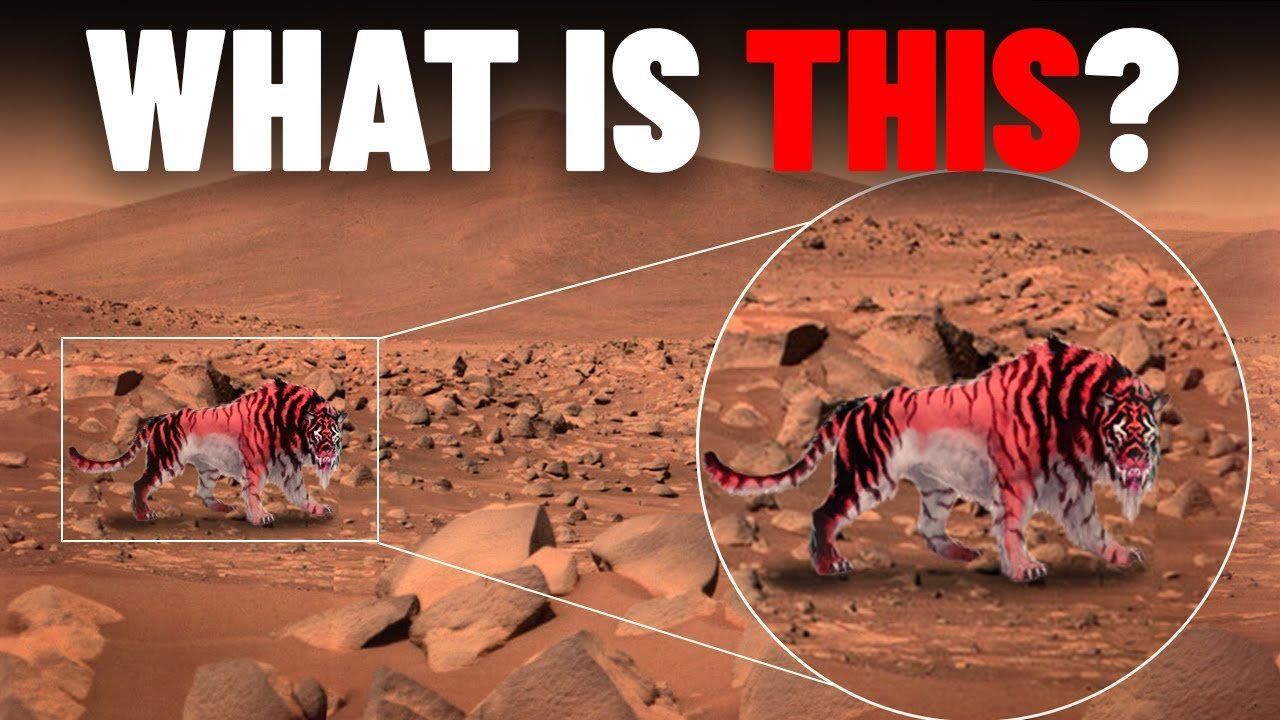 Scientists’ New Discovery On Mars SHOCKS Elon Musk:- NASA’s recent discovery of organic carbon on Mars has astonished everyone! Even Elon Musk is excited about what NASA’s discovery could mean for humanity. What does NASA’S discovery mean? Does this mean that humanity’s dreams of settling on Mars will become a reality?

Mars once ran red with rivers. The telltale tracks of past rivers, streams, and lakes are still visible today all over the planet. But about three billion years ago, they all dried up—and no one knows why. So, let’s look at what the latest reports from Mars tell us.

NASA has found an abundance of organic carbon in Martian rocks. This discovery was made by NASA’s Curiosity rover after it drilled samples from 3.5 billion-year-old mudstone rocks in the “Yellowknife Bay” formation of Gale Crater. The Gale Crater was a part of an ancient lake on Mars.

These mudstone rocks were formed as fine sediment settled on the bottom of a lake and was buried. There were fragments of organic carbon among the sediment, and they became a part of these rocks.

Organic carbon can come from sources like meteorites and volcanoes. But the amount of organic carbon found in the Gale Crater is comparable to the amounts in places on Earth, such as the Atacama desert.

So there is a reason to be excited after all! This means although the surface of Mars is inhospitable for life at present, there is evidence suggesting that billions of years ago, the climate was more Earth-like, with the planet having a thicker atmosphere and liquid water that flowed into rivers and seas.

Since liquid water is necessary for life as we understand it, scientists think Martian life, if it ever evolved, could have been sustained by key ingredients such as organic carbon. In 1972, scientists were astonished to see pictures from NASA’s Mariner 9 mission as it circled Mars from orbit.

The photos revealed a landscape full of riverbeds—evidence that the planet once had plenty of liquid water, even though it’s dry as a bone today. Now let’s look at what NASA’s Perseverance rover is up to.

So Perseverance is currently exploring an ancient river delta inside the Jezero Crater and recently collected its ninth Martian rock sample. This rock sample will get a one-way ticket back to Earth, where it will be minutely analyzed.

Perseverance has spent much of its time on Mars exploring the 28-mile-wide (or 45 kilometers wide) Jezero Crater for over a year now in search of signs that there might have been life on Mars at some point in the planet’s ancient past.

Scientists believe the crater was once home to a lake and a river delta, making it the perfect place to hunt for signs of either ancient life or water on Mars. If life ever existed on Mars, the rocks in this river delta area may display the evidence.

Now let’s talk about how Elon Musk can help NASA in its endeavors? Well, Elon Musk and SpaceX will be ready to send people to Mars within a few years. At that point in time, NASA could send its scientists on the SpaceX mission along with a lab capable of analyzing the samples.

Once this unit touches down on the Martian surface, samples can be processed efficiently. It definitely beats sending samples on a long journey to Earth, just to take a closer look at them. In addition, it would become easier for NASA to maintain and service its rovers with skilled personnel on Mars.

NASA’s objectives tie in with Elon Musk’s plans to establish a settlement on Mars in a few decades. The SpaceX settlement could become a hub for NASA and other space agencies to operate from. So the Martian hub established by SpaceX could also become the center for conducting experiments and analyses of the samples collected from the planet.

A key part of the scientific method is repeating experiments to see if we get consistent results. So there could be three phases of experimentation. The first phase would be the analysis carried out by the Rovers. Then the samples could be further analyzed at SpaceX’s hub on Mars.

Lastly, these samples could be sent to Earth for another round of analysis. This process would definitely speed up our investigation into the history of Mars. Further, this would tell us where we can establish a viable and self-sustaining settlement on the planet.

If we go back to Elon Musk’s idea of settling on Mars, it was that we would need to have a self-sufficient settlement. One that would be able to survive even if an extinction event happened on Earth. In addition, it is expensive and unfeasible to keep exporting raw-material, fuel, and food to Mars.

Further, NASA and the US government have been looking to encourage the private sector to play an important role in space exploration. So SpaceX’s Mars missions need not be expensive joyrides for people who want to visit Mars. But it will be an important resource that would help ferry scientists, technicians, and experts to and from the red planet.

When Elon Musk said that he wanted human life to become interplanetary, this was exactly what he had in mind. Lastly, let’s look at why SpaceX’s hub on Mars will be important for NASA and space exploration in general.

So at present, a lot of our exploration on Mars is done with rovers that traverse the surface of the Red Planet. The analytical capabilities of these rovers are limited. The sample collected by these rovers will have to be sent back to Earth for detailed analysis.

At present, the plan is to have a joint NASA-European Space Agency sample-return mission that will haul the samples back to Earth, perhaps by 2033. Then these samples would have to be analyzed at labs on Earth. This process may take at least 2 decades to complete.

Another issue is that bringing these samples back to Earth may lead to the introduction of new pathogens on the planet. With how bad things have been around the world with the pandemic over the past 3 years, we need to be wary.

So at present, the plan is that Martian samples will be collected in a capsule and then sent to Earth, where they will land at the Utah Test and Training Range in the United States.

Despite impacting at roughly 150 kilometers per hour, the capsule will be designed to keep its samples intact and isolated. Once recovered, it will be placed in its own environmentally controlled protective container and then shipped to an off-site sample-receiving facility.

Such a facility could resemble today’s biolabs that study highly infectious pathogens, incorporating multilayered decontamination measures, air-filtration systems, negative-pressure ventilation, and myriad other safeguards. But are we really prepared for any potential pathogens from Mars?

Earlier in 2022, NASA solicited comments from the public on whether samples from Mars should be processed on Earth. Most replies were apprehensive of the dangers. So bringing these samples back to Earth is not a popular idea. It could easily become a logistic and budgetary nightmare for NASA.

Wouldn’t it just be better to analyze these samples back on Mars itself? Now some scientists have argued that it would be perfectly safe since, at present, about 500 kilograms of Martian rocks land on our planet every year. People even have Martian rocks as collectibles. But the issue is that these Martian rocks would have been traveling through the vacuum of space for years.

So the possibility of pathogens from Mars ending up on Earth cannot be ruled out. So for the efficient and safe exploration of Mars, we will depend on the SpaceX settlement on the planet. And that’s a wrap.

What do you think about NASA’s latest discoveries? Do you think SpaceX will have an important role in the future of space exploration? Let us know your thoughts in the comments.