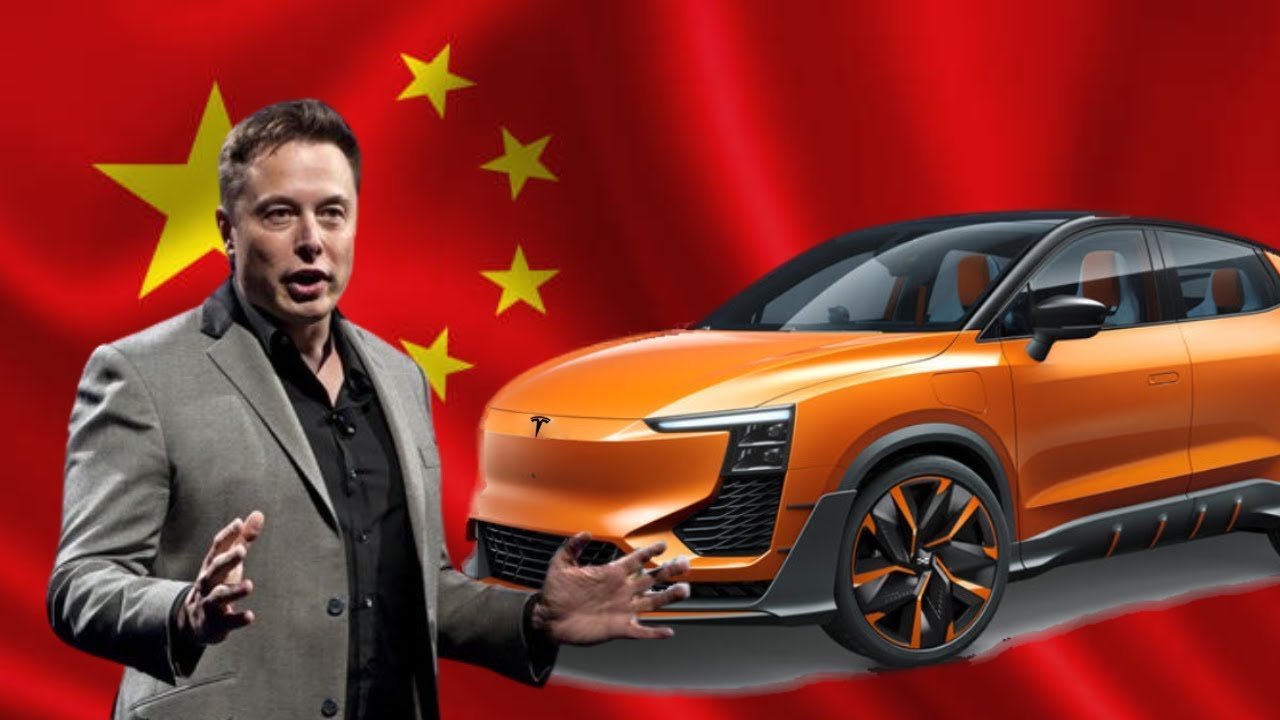 Take A Look at Elon Musk Revealed The Chinese Tesla Model Y: Tesla Model Y has been one of Tesla’s more successful models, taking advantage of the crossover car boom in the global market. However, it has also been the model that Tesla has fiddled with the most following its release.

Join us as we will explore the brand new modifications made to the Model Y in China, but the question is; was it for the better or for the worse? Stay tuned to find out.

Tesla Model Y is a Tesla, Inc. electric compact crossover utility vehicle, CUV for short. It is the second car to be built on the Model 3 sedan chassis, with the Model 3 being the first, obviously. The shape of the Model Y was teased to Tesla shareholders during the annual general meeting in June of 2017.

Elon Musk also said that the Model Y will be manufactured in a new facility, as the Fremont plant was unlikely to be able to support another manufacturing line.

He unveiled a new silhouette in June 2018. The Model Y would be publicly revealed in March 2019, according to the new graphic. The Model Y announcement was originally scheduled for 2018, but due to manufacturing issues with the Model 3, it was postponed until 2019.

Elon Musk announced in October 2018 that the completed design for the Model Y’s first production version had been approved. Elon Musk announced the launch event and confirmed several features in a series of tweets on March 3, 2019.

Musk said that normal doors will be utilized instead of the falcon-wing doors found on the Model X. Elon Musk unveiled the Tesla Model Y on March 14, 2019, during a ceremony at Tesla’s design office in Hawthorne, California, when the car’s specifications were revealed and the vehicle was shown.

Following the presentation, guests were given the opportunity to take a test drive in a variety of Model Y automobiles. The Y consumes more energy than the 3 because of its bigger size and hence has a shorter range and the Fremont factory was altered to meet the Y’s manufacturing requirement.

Tesla began shipping the Model Y on March 13, 2020, simultaneously with the publication of the vehicle’s owner’s handbook. On August 13, 2020, it was announced that Tesla Fremont will shortly begin using the world’s biggest unibody casting machine in Model Y manufacturing, transitioning to a single-piece rear body.

Tesla inaugurated the Model Y Online design studio for the Chinese market on June 5, 2020, allowing Chinese consumers to submit orders for the future Made-in-China Model Y, which is the subject of our video. The model was first delivered on January 18, 2021.

The Performance model and the Long Range AWD versions are presently in production. The Standard Range RWD variant was initially discontinued in July 2020 because of Musk’s dissatisfaction with the range, but it was available to buy as of January 2021.

The Long Range RWD looks to have been discontinued by February 7, 2021. It’s with this background knowledge of the rapidly changing configurations of the Tesla Model Y that we can explore what they’re doing with the Made-in-China version of the Model Y.

In China, Tesla has revised its basic Model Y, with some noteworthy tweaks. Apart from altering the naming of the vehicle trim level, the business has changed the anticipated range of the all-electric crossover. Furthermore, the vehicle’s advertised performance has been changed to be less remarkable than previously. When the Tesla Model Y debuted in China earlier this year, it was given the “Standard Range” name.

The base Model Y, which was aggressively priced while preserving critical features like basic Autopilot and Bioweapon Defense Mode, proved to be extremely popular, to the point that Tesla felt secure enough to sell the vehicle to other markets.

According to the China Light-Duty Vehicle Test Cycle (CLTC) guidelines, the vehicle’s range has been increased to 545 km (338 miles) per charge. According to the New European Driving Cycle (NEDC) regulations, the vehicle’s previous range was 525 kilometers (326 miles) per charge. Surprisingly, the company’s recent upgrade reduced the acceleration of the standard Model Y.

The basic Model Y now has a 0-60 mph speed of 6.9 seconds, according to Tesla China’s online configurator, thereby making it the slowest vehicle in Tesla’s current lineup. The basic Model Y was formerly described as having a 0-60 mph pace of 5.6 seconds, which put it on par with several luxury crossovers.

A new cargo cover has been added to the Made-in-China (MIC) Tesla Model Y from the Tesla Giga Shanghai. Previously, the lack of such a solution was a source of client dissatisfaction. The new cargo cover is foldable (Z shape) and has a magnetic system to keep it in place, according to EVOffer from Hong Kong, who was the first to report on it.

This is perhaps the most noticeable modification to the Model Y in China The cargo cover right from the factory was expected at least since November 9, when it was noticed that new cars have a ledge for the cover. An interesting thing is that according to EVOffer, not only new cars can get the cargo cover – there will be a “free retrofit” for older Model Y.

We expect Europe to acquire similarly equipped cars shortly because Tesla Giga Shanghai makes cars for China, nearby markets, and Europe. The issue is whether it will also be seen in North America, where the automobiles are manufactured. Tesla normally launches improvements and then spreads them to other models and factories, so it’s only a matter of time before we see it.

This is yet another little function added by Tesla to keep up with the competition in previously underserved areas. It has happened previously with items such as driver assistance and a heated steering wheel, to mention a few. While we’re not sure exactly why Tesla would do such a thing, perhaps it has something to do with an entirely different issue?

Tesla discreetly increased the price of its Model Y crossover’s base-level model by a thousand dollars. This is something Tesla appears to be doing every few weeks this year, and it has already resulted in an almost $10,000 price increase in 2021.

For the opportunity to purchase a vehicle from the world’s wealthiest guy. Tesla increased the price of both the Long Range and Performance variants of the Y by $1000, as reported by Electrek last week. Tesla has raised the price of the automobile for the ninth time this year, according to Autoblog.

On average, a price rise occurs every 39.875 days, and with 46 days left in the year, another price hike is likely by the end of December. The price increase of the Y has been by $19,990, or $624 each month, since the original formal announcement 32 months ago.

When you add in price hikes for extras and the elimination of additional choices, the Y has become a much more costly car to purchase. Even 18″ wheels are no longer available. The most popular Tesla model currently costs $79,190 after delivery if you want it in red with 20-inch wheels, a tow hitch, the “FSD” option, and a white interior with 7 seats.

The Performance model will set you back $5,000 more. If you’re searching for a more affordable Tesla, the rear-drive Model 3 is still available for $44,990 plus $1,200 for upgrades. That was, once again, the model that was supposed to be offered for $35,000 but never was.

If you’re buying a Chinese model, you’re not much better off since the price increases globally but we guess you can satisfy yourself with the minor upgrades. All of this is moot because the Model Y is currently unavailable.

You might be able to have one by the middle of next year if you order one now. Tesla has sacked its public relations personnel and will not respond to any information requests, so no one may contact the firm directly for answers. It appears that everyone must wait for Musk to send forth pertinent tweets.

Thanks for reading till the end. Comment what’s your opinion about this information “Take A Look at Elon Musk Revealed The Chinese Tesla Model Y“.