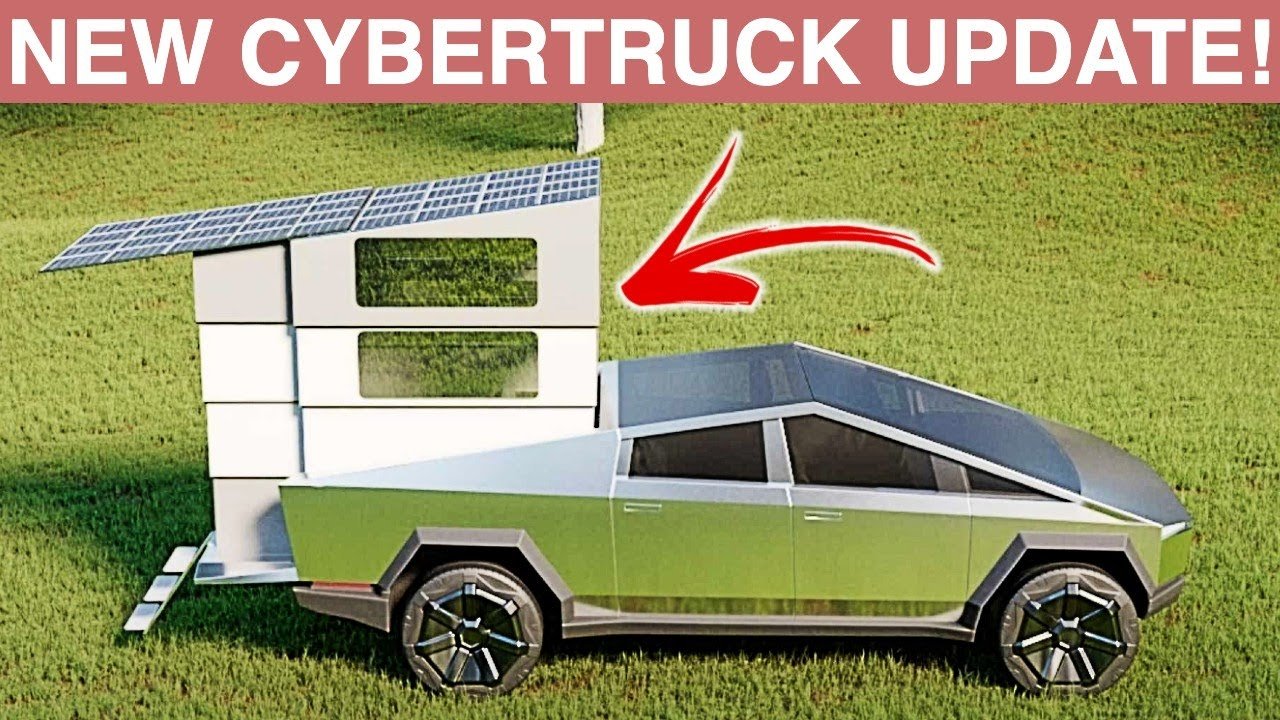 We all are excited about Tesla’s new pickup truck, which happens to be the Cybertruck. But we still don’t know when we are actually going to see one on the road, even though the deadline for deliveries is somewhat by the end of this year or by the beginning of 2023.

The Cybertruck also happens to be the most polarizing vehicle that Tesla has ever made. If you thought Elon Musk was joking when he showed us the Cybertruck. Well, you’re not alone.

Even Tesla’s fans were surprised during the unveiling event way back in 2019 because nobody expected Tesla to build a somewhat bulletproof vehicle with zero curves whatsoever.

After all, Tesla’s designs usually had a lot of curves. But that is not the case with the Tesla Cybertruck. But this is Elon Musk we’re talking about. He makes impossible things possible, which is why we all love him and also Tesla as a company that produces electric vehicles.

So with the kind of polarizing design that we have with the Cybertruck, you are also essentially getting a pickup truck with the performance of a sports car, and this combination is unheard of in the automotive industry, which is why a lot of people are excited about the Cybertruck which is also the reason why we have more than 1.25 million pre-orders for the Cybertruck.

We did not see anything like the Cybertruck in the market yet, and this one happens to be an all-electric vehicle from Tesla with insane performance figures. The design clearly looks like it is designed by some extraterrestrial being for sure because it looks more like a concept car than something that would make it to final production.

But that is not the case because Elon Musk clearly stated that Tesla will not showcase anything that they cannot produce. So the Cybertruck is really happening, and we could expect Cybertrucks to be on our roads by the end of this year, at least, with more factories coming up for Tesla both in Texas and Berlin.

So undoubtedly, the first pickup truck from Tesla is definitely going to be a game-changer not just for Tesla but for the entire segment. Right now, a third-party accessory called the CyberLandr is making all the headlines because this Camper accessory for the cybertruck exceeds $100 million in pre-orders, and that says something about the utility of a pickup truck like the Cybertruck.

The company behind the CyberLandr accessory is Stream it, and the cyberlandr happens to be a pop-up camper accessory for the upcoming tesla Cybertruck, and the company did make a huge announcement in the first week of December 2021 on their Facebook page as well as an official press release and that exciting news happens to be the fact that the company was able to rack up about $100 million worth of pre-orders for the CyberLandr which is really exciting news considering the fact that no one got a chance to drive the cybertruck on the road yet.

The CyberLandr is revolutionary because this truck camper fits into the bed or the vault of the Tesla Cybertruck. It is so compact that people might not even notice the existence of a camper so you are maintaining a low profile if that’s what you are looking for in a vehicle but the cybertruck is a head-turner anyways.

The CEO of Stream it, Lance King, was so happy as he stated that he and his team were humbled by the overwhelming response and excitement around the CyberLandr camping accessory for the Cybertruck, and many people are actually excited to invest in the early stages of the company which is why to Stream it partnered up with Start Engine to make very limited numbers of shares available to the public.

The goal of the company behind the CyberLandr is to transform the Cybertruck into the ultimate wilderness and urban adventure vehicle, and the CyberLandr completely fits into the Tesla vault, so it does not add any extra drag to the electric pickup truck, which means that you will still get the insane performance with the Cybertruck and the range will remain somewhat same unless and until if we consider the weight of the CyberLandr.

The CyberLandr is so compact that when the camper is collapsed, the driver will not face any issue while parking, pulling into the garage, or passing through a drive-through. The CyberLandr will retail for about $49,995, and you could pre-order one for yourself with a deposit ranging from $100 to $5000. Yes, this is quite expensive.

You could probably buy another Tesla for that price. But hey, this is going to increase the utility of the Cybertruck, and if Tesla could come up with something similar that could compete with the CyberLandr, things are going to get a lot more exciting both for Tesla and also for CyberLandr because more competition means better pricing and a better product for the customers.

So the Cybertruck owners will definitely love the CyberLandr accessory because the cyberlandr happens to be the only compact solution for converting the cybertruck into a proper camping truck right now and we don’t have any other useful accessories for the Tesla Cybertruck, yet, that could add more utility to the cybertruck.

The Las Vegas-based company would have never thought that their CyberLandr would be so successful even before the launch of the Tesla Cybertruck. But it makes a lot of sense to us as to why this is so exciting.

The camper will disappear entirely within the bed of the truck, which will then allow the tailgate to close, and this will then create a low center of gravity, zero aerodynamic drag and minimal effect on the overall range of the vehicle.

This way, users of the Cybertruck will definitely be able to take their Cybertruck to places where most Overlanding trucks will not be able to go. The CyberLandr’s aesthetics, features and everything else are designed so well to complement and enhance the look and utility of the Tesla Cybertruck.

The CyberLandr is undoubtedly a very impressive piece of engineering because this one is designed perfectly to fit into the Cybertruck’s bed. It also opens up into an ample living space that includes a kitchen, living room, bathroom and even bedroom. Well, technically, they are all in the same room.

But still, it’s very impressive to see what the engineers of CyberLandr have come up with. Both the Cybertruck and the cyber landr do not exist yet because Tesla still did not figure out a way to mass-produce the new 4680 cells for the Cybertruck, so much so that Elon Musk stated that if Tesla were to build the Cybertruck today, it would cost more than one million dollars which is way higher than the original price tag that was mentioned during the unveiling event of the Cybertruck.

And that’s a wrap for today’s video. What do you think about the Cybertruck and this CyberLandr camper accessory for the Cybertruck? Will you be getting one for yourself as well?

Thanks for reading till the end. Comment what’s your opinion about this information “Tesla Cybertruck ‘CyberLandr’ Revealed 2022“.