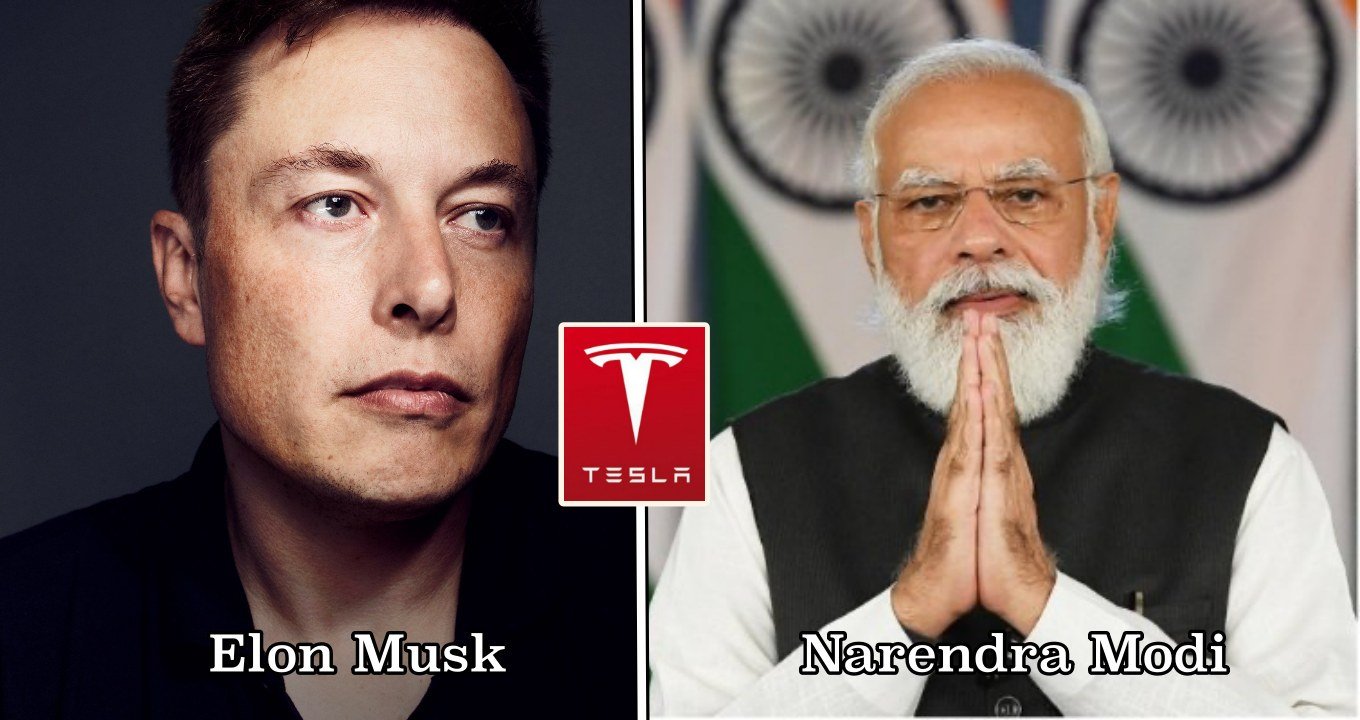 Elon Musk And Tesla Have Big Trouble In India: Tesla has a well-established presence in China, the largest electric car market in the world. One of China’s neighbors is India. With a population of over a billion and a growing tech industry, it’ll be a great win for Tesla to enter into their market and maybe dominate.

However, none of that is going to happen very soon as Elon Musk is denied to import Tesla to India. Why? We’re about to find out.

According to Bloomberg, the Indian government has turned down Elon Musk’s electric vehicle (EV) company Tesla’s request for tax discounts to import electric automobiles, claiming that rules already enable bringing in partially-built vehicles and assembling them locally at a cheaper fee.

As a result, no local Tesla subsidiary will be permitted to import vehicles into India. “We looked at whether the duties need to be re-jigged, but some domestic production is happening and some investments have come in with the current tariff structure,” Vivek Johri, Chairman of the Central Board of Indirect Taxes and Customs (CBIC), was quoted as saying in an interview with Bloomberg.

“So, it is clear that this is not a hindrance,” Johri added. Tesla has been urged to produce in India by Prime Minister Narendra Modi’s administration, and Musk wants India to decrease import duties — which may be as high as 100% on electric vehicles — so that the business can sell automobiles built elsewhere at competitive pricing first.

It does, however, levy import charges of 15 to 30% on parts transported for assembly in the country. According to a recent report, Musk, who has been trying to introduce Tesla in India for the past few years, is still plagued by “major hurdles” at the government’s end, which has prevented his electric cars from being driven on Indian roads.

Despite the government’s efforts to entice him with numerous programs and promises, as well as repeated pleas from top ministers to “come and manufacture/assemble your cars here,” Musk is “still working through a lot of issues with the government,” according to the source.

Musk also stated that India’s taxes are among the highest in the world and that he wants them reduced before entering the Indian EV market. Many Indian automakers were outraged by this, believing that it would hinder investment in domestic manufacturing.

India’s automotive sector has gone a long way since the 1950s when yearly car production was capped at 40 thousand units. Hindustan Motors, Premier Automobiles, and Standard Motors were the only three manufacturers in the early years of production.

In the early phases of the automotive industry, most expertise was gained by trial and error. Over the decades, the country has grown to become a significant player in the global automobile sector, ranking fourth in Asia-Pacific in 2020.

Automotive is one of the most important industries of the Indian economy, and it serves as a barometer for the country’s current situation to a large extent.

In both 2012 and 2019, a high drop in commercial vehicle (CV) sales signaled impending economic issues, while a steep surge in passenger-vehicle (PV) and two-wheeler (2W) sales signaled favorable economic news in 2010.

The industry among domestic manufacturers is currently dominated by the likes of Mahindra, Maruti, and Tata, who are just starting to produce attractive options for the average middle-class Indian buyer, who has to contend with a choice between a locally designed and built car or a foreign one, usually from Suzuki or Toyota.

While Indian designed and built cars are starting to show real promise as attractive options, they are yet to be widely popular in significant markets outside of India. Therefore, Mahindra, Maruti, and Tata’s combined politically-linked voices are listened to by the Indian government.

These companies cannot afford to lose their status, especially at such a crucial time. Furthermore, the Indian government has always followed a strict policy of joint ventures and the building of local factories as prerequisites before allowing foreign companies to sell.

They taught lean management, 5S, process control, and process management, among other topics that were unfamiliar to Indian business at the time. They also instructed its component suppliers to harmonize their processes.

The OEMs also assisted Indian component producers in forming joint ventures with global firms in order to obtain technology and gain a better understanding of the process in order to produce the best possible parts. The Indian industry capitalized on the circumstance to the fullest extent possible.

It was the motorbike industry specifically though. Most of the joint venture companies we mentioned above-sold motorcycles. The motorcycle market completely dwarfs the car market in India. India’s population is one of the main reasons motorcycles are so popular there.

India is the world’s second most populated country and is rapidly approaching number one. India has a population of about 1 billion people, and thousands more are being born as you read this. So, with a population of this size and an area roughly three times smaller than the United States, India cannot afford to provide automobiles to all citizens.

The average middle-class salary in India is around $500. With such a low salary, few people can afford to buy a car that costs even $6000. Except for the Tata Nano, even the cheapest automobile in India starts at $5000.

They don’t even replace the tires till they’re no longer serviceable. A motorcycle’s annual servicing cost averages $54 on average. One instance of servicing costs roughly $10, which most Indians can easily afford.

And, if we look at car service, it costs $67 to $80 every three months or every 5000 kilometers, whichever comes first. All combined, it has resulted in an uncertain future for many prominent carmakers, with many choosing to ditch India.

Ford sees no growth prospects in India, with overall economic growth decreasing dramatically and a fundamental reversal in incomes, jobs, and demand.

Even after much-publicized bilateral negotiations between Prime Minister Modi and then-US President Donald Trump, who sought special import duty exemptions for the iconic bikes, two other big US car firms have left India in recent years: GM in 2017 and, more recently, Harley-Davidson.

Due to a lack of economies of scale, many American auto brands have ceased operations. Toyota Motors, despite its global success, has a market share of less than 3%.

Its India head hinted at a review of future investments due to a lack of adequate demand and excessive taxes but had to immediately backtrack after a government official objected in a panicked phone call. Volkswagen, too, is plagued by a lack of scale, with only 1% of the market share despite significant capital investment.

Heavy capital investments are only justifiable if minimal production and sales levels are met, according to any cost accountant. Except for Maruti Suzuki and Hyundai, most major car brands have failed to do so in India, where they operate at less than 40% capacity. T.N. Ninan, a former editor of Business Standard, has also emphasized the importance of economies of scale.

In his popular Saturday piece, he writes: “So why is India becoming a graveyard for the world’s auto majors? One answer is that the Indian car market is no longer what it once promised to be, its global ranking expected to move from fourth to third — again, measured by vehicle numbers, not value.

Instead, it has slipped to fifth (overtaken by Germany) because the market leveled off and then shrank for two years before recovering this financial year. This is part of the larger story about the loss of momentum in India’s consumer markets.”

Indeed, looking at the fates of Ford, Volkswagen, and Toyota along with vehicle ownership data in India, Musk may have decided that it would be best for Tesla to push for sales in India on their own terms, rather than cave into the demands of the Indian leadership.

Of course, the Indian government is being heavy-handed arguably to benefit domestic EV manufacturers in the long run but the writing is on the wall for the foreign car market in India. There has to be a change in the way they do things.

Thanks for reading till the end. Comment what’s your opinion about this information “Elon Musk And Tesla Have Big Trouble In India“.

4 thoughts on “WARNING! Elon Musk And Tesla Have Big Trouble In India”