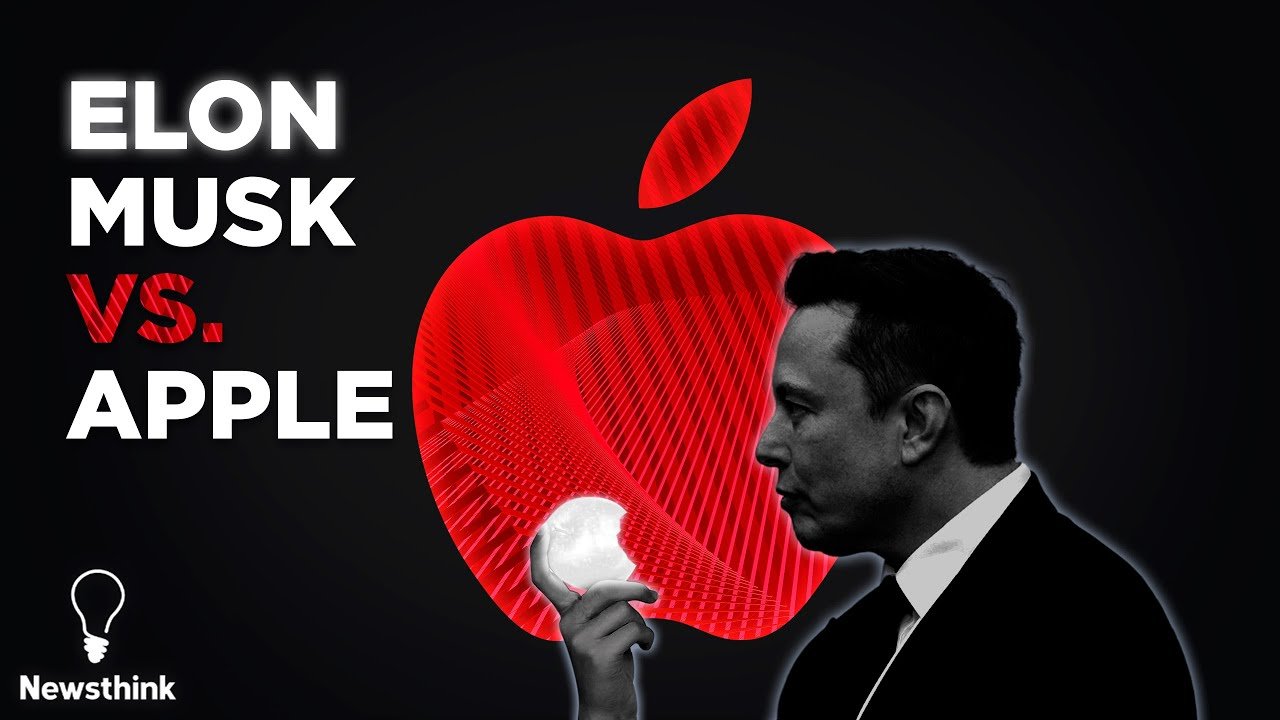 Why Elon Musk Has a Problem with Apple: Apple is the most valuable publicly traded company in the world. And Elon Musk hasn’t shied away from trying to take another bite out of the company.

The drama surfaced when Wall Street Journal reporter Tim Higgins came out with a book about Tesla that included a wild claim. That Elon Musk tried to replace Tim Cook as Apple’s CEO.

According to the book, at the height of Tesla’s problems with mass-producing its most affordable vehicle, the Model 3, in 2016, Cook suggested to Musk that Apple buy Tesla, at which point Musk lobbied to take over Cook’s job.

Cook is said to have angrily hung up the phone but not before unleashing an expletive. (F*& you). Both men have denied the conversation took place. This is what Cook told the New York Times’ Kara Swisher on her podcast Sway: “You know, I’ve never spoken to Elon, although I have great admiration and respect for the company he’s built.”

Musk made the point of saying they’ve “…never spoken or written to each other ever.” However, he admitted that during Tesla’s toughest days, he did request a meeting with Cook to talk about the prospect of Apple acquiring Tesla.

But there weren’t any conditions involved. Musk went on to say that Cook “refused to meet” with him. And added at the time, Tesla was worth only 6 percent of its current valuation. Who knows what an Apple acquisition might have looked like.

After all, Musk isn’t exactly the company’s biggest fan. During Tesla’s second-quarter earnings call, he made a point of saying Apple uses more cobalt than Tesla does.

Some cobalt mined in conflict areas like the Congo has been linked to child labor. And the mining process has been blamed for devastating the environment. It is, however, the key ingredient in lithium-ion batteries that power iPhones and electric cars.

Tesla has since announced it’s starting to shift toward cobalt-free iron phosphate (LFP) batteries instead. For Apple’s part, it has said its long-term goal is to not mine cobalt at all, but rather, recycle old iPhones and recover cobalt for re-use.

Musk has snipped at Apple many times. For example, in response to Apple kicking Fortnite off the App Store for violating Apple’s policies. The game’s developer, Epic Games, had tried to get around Apple’s 30% cut of App Store revenue by implementing its own in-app payment system.

Epic is now suing Apple for its meaty cut of revenue. Musk showed his support for Epic by tweeting: “Apple app store fees are a de facto global tax on the internet. Epic is right.”

He’s spoken out about what he feels is Apple’s anti-competitive behavior. “Our goal is to support the advent of sustainable energy. It is not to create a walled garden and use that to bludgeon our competitors, which is sometimes used by some companies. (Cough) Apple (cough).”

Musk appeared to fake a cough and mutter “Apple.” Turns out, the two companies could soon be directly competing with one another. Apple has reportedly been quietly developing an autonomous electric vehicle since 2014 that is meant to give Tesla a run for its money.

Though Musk appeared to write it off early on, telling the German newspaper Handelsblatt in 2015: “It’s good that Apple is moving and investing in this direction. But cars are very complex compared to phones or smartwatches.”

But Cook doesn’t see a self-driving car as anything but technology. Though he’s played coy about what exactly Apple has in the works. Would it be in the form of a car or the technology within a car? I’m not going to answer that question.

Apple is well known for keeping things under tight wraps. It has reportedly held talks with several car companies about teaming up to build an electric car though it’s apparently still searching for a partner. So an electric Apple car – if it ever appears – could still be years away.

Musk doesn’t think Apple has the right people to get it done, saying it has hired people Tesla has fired, likening Apple to a graveyard filled with those who couldn’t cut it at Tesla.

But then he appeared to dial back the criticism, clarifying: “I don’t hate Apple. I’m glad they’re doing an EV.” Whether Apple ends up coming out with a car or not, it’s already well known as one of the most transformative companies in history.

Apple has created an ecosystem where its devices are designed to work seamlessly with one another which entices fans to buy them all. In this regard, it appears as if Musk is trying to take a page out of Apple’s book. Tesla is now looking to expand its own ecosystem by going beyond cars.

It already offers solar roofs for homes that generate energy that can be stored in a Tesla power wall that can power your house when the grid goes down. The powerwall can also charge your Tesla.

And your car can be covered by Tesla’s own insurance, just like Apple Care covers Apple products. The Tesla ecosystem seems to be ever-expanding. Musk has said he’s keen to develop a Tesla HVAC system – heating, ventilation, and air conditioning system, bringing the tech developed from its cars into homes.

The entrepreneur believes the key to a successful company lies in its ability to rapidly innovate and create heart-stopping products. He thinks that Apple used to wow the world, but not anymore, as he once told Kara Swisher.

“Apple used to really bring out products that would blow peoples’ minds, you know? And they still, make great products, but there’s less of that. I don’t think people are necessarily running to the store for the iPhone 11.”

Still, it hasn’t stopped Musk from continuing to use his very own Apple iPhone. Anyone who’s bought shares in either Apple or Tesla and has held them for long enough is reaping the rewards. But there’s always volatility with the stock market.

What if you could shelter yourself from the crazy bull market by investing in ultra-expensive famous works of art? Art doesn’t generally react to market volatility in the same way as other assets.

Imagine if you could own a Warhol or a Banksy. Normally reserved for the uber-wealthy.

Thanks for reading till the end. Comment what’s your opinion about this information “Why Elon Musk Has a Problem with Apple”.

4 thoughts on “Why Elon Musk Has a Problem with Apple”