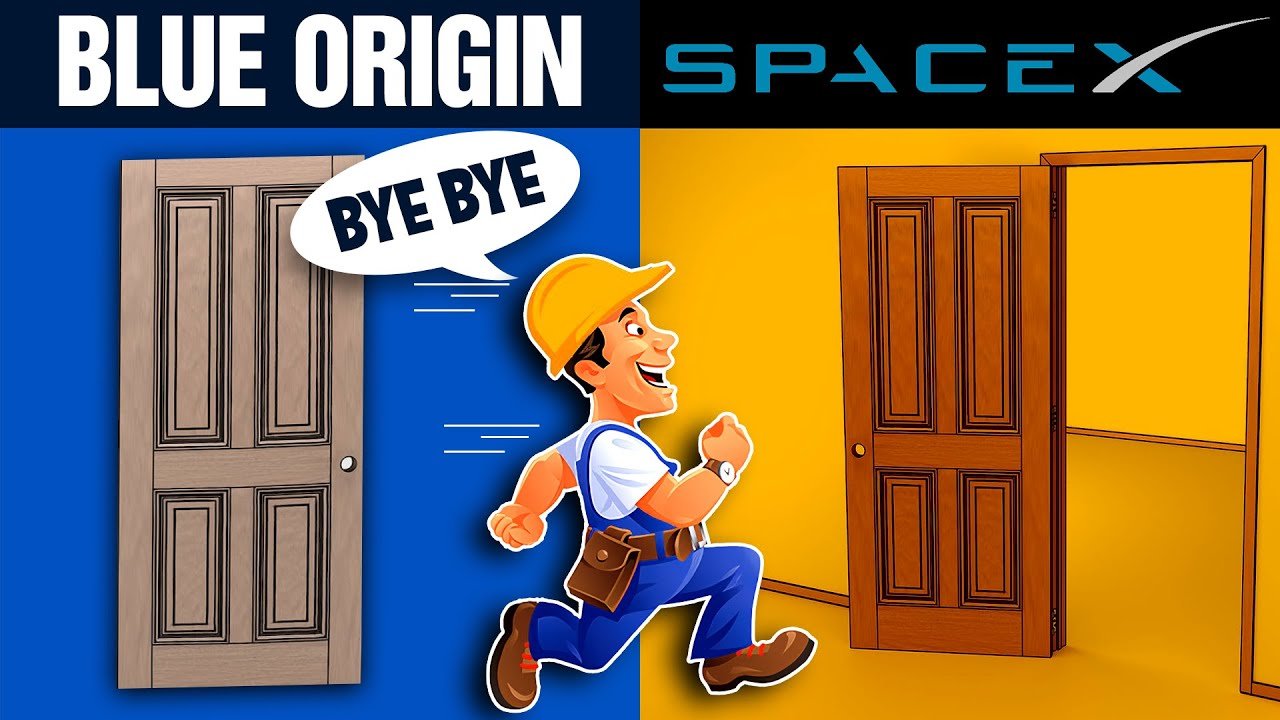 Why Blue Origin Engineers Are Leaving the Company for SpaceX: Despite the recent success of Blue Origin, at least 17 top employees have left the company so far this year, many of whom have joined SpaceX.

Jeff Bezos’ Blue Origin is losing some of its best and most talented employees to Elon Musk’s SpaceX. Why is this happening? What exactly is blue origin doing or not doing that is causing her top talents to cross the border to SpaceX?

According to an update on LinkedIn, the team’s lead engineer behind Blue Origin’s lunar lander is leaving the company to join SpaceX. “Friday (August 13th) was my last day at Blue Origin,” Nitin Arora, lead of mission architecture and integration lead of Blue Origin’s Human Landing System (HLS) team wrote in the post.

“It was one hell of a ride working on the lunar program. Really honored that I got a chance to work with and lead incredibly smart, passionate people over the last three years.”

It’s a notable departure that comes at an extremely tumultuous time for Blue Origin. The Jeff Bezos-led space firm has fought tooth and nail to get funding from NASA to develop its lunar lander after SpaceX emerged as the sole winner of the HLS contract.

Blue Origin has not always been the company everyone hates. In fact, in the mid-2010s, it was quite the opposite. Being a fast and innovative company, they can develop the BE1, BE2, and BE3 engines in just a few years and have prototypes fly as early as 2011.

On top of that, the company’s goal was to save the planet. Jeff Bezos is convinced earth has to be preserved as a garden and that there is only one planet suited for life in the solar system.

The company’s ultimate goal would be to transfer most heavy industries into space to preserve the earth. It is a different approach than SpaceX but completely valid too.

The gigantic New Glenn rocket was announced in 2016, promising a thrilling rivalry with SpaceX and stunning plans for the future, which was around when Blue Origin won its first major contract to deliver Glenn’s NE4 motors to the United Launch Alliance for the upcoming Vulcan rocket.

Also, Jeff Bezos wants to change how space companies deal with NASA and other customers’ contracts.

And in 2019, Blue Origin competed against SpaceX and the ULA to launch all the US military satellites for the year 2022 to the year 2027 time frame. Blue Origin filed the company’s complaint before the award but lost to SpaceX and ULA in 2020 anyway.

It was believed that Space Force officials were concerned with BE4 engines delivery issues and wanting the company to focus on that problem before building its rocket.

This soon became a public relations issue. Bezos has always come under the crosshairs of critics in the industry, public, and politics regarding his employment practice. More specifically, lower-level Amazon employees work under poor conditions and are overworked at times.

He built his fortune pressuring low-wage workers and avoiding taxes while using the country’s resources. But there is more. When Blue Origin started undermining plans and the technical side of SpaceX’s proposal, it was too much for the employees.

They did not like the new management too much, and they were disappointed to have lost the proposal. Some engineers publicly expressed their sympathy with their friends at other aerospace companies on Reddit, while others just left.

According to CNBC and CNN, more than a dozen high-ranking engineers have resigned from Blue Origin in recent weeks, with many joining the ranks of rival companies such as SpaceX.

The aforementioned Nitin Arora and Lauren Leons were the two main defectors that came into the limelight the most when discussing their exit from the company.

It’s unreported why Arora chose to leave, but SpaceX recently closing a 2.9 billion dollar NASA contract to build a new lunar lander craft may have contributed towards his decisions.

Blue Origin had put forward its lunar lander for the project, which will take humans back to the Moon by 2024. Another major resignation comes from former NASA astronaut Jeff Ashby, one of the New Shepard launch program directors.

On August 18, Firefly Aerospace tweeted in which they said that Lauren Lyon would be joining the company as Chief Operating Officer. Several other talented employees have left the company, and these employees have quietly updated their LinkedIn pages over the past few weeks.

This summer there were more than four employees who left Blue Origin. While none of the departures publicly commented on the reasons, some anonymous entries on the US job site Glassdoor give at least a small glimpse behind the scenes.

Many attribute the reason for changing jobs to management’s frustration with the slow bureaucratic structure. The departures were notable because of their timing, with NASA announcing in April that SpaceX would be awarded a $2.9 billion contract for the Moon lander for the Artemis mission.

In light of SpaceX winning the contract with NASA, Blue Origin announced that it had filed a lawsuit against the US government, claiming that unlawful and improper evaluation of the proposals was involved in the decision to grant SpaceX the contract.

The filed lawsuit also claims that the issues stated in the documentation must be addressed to restore fairness, create competition and ensure a safe return to the moon for America.

Earlier this month, Jeff Bezos attempted to hijack Musk’s bid and offered to cover two billion dollars worth of the space agency’s costs to be reconsidered for the contract.

Initially, NASA said it was going to pick two companies out of Blue Origin, SpaceX, and Dynamics, but it only chose one. The Government Accountability Office (GAO) gave a clear reason as to why only SpaceX was selected for the moon lander contract.

GAO pointed to SpaceX because they cost much less and have a better record than other offerings. Limited funds were also cited as the main reason that only one company was chosen.

All the events till now have been pulling Blue Origin only further back, and with the news of about 17 more employees leaving Blue Origin, it seems like it’s getting worse.

The attempts by Blue Origin to defame SpaceX with infographics were not approved by many of the employees, which was a strong factor in them leaving the company. Many industry experts and analysts now wonder whether Blue Origin will ever be able to secure another government contract as a result of this stunt and the lawsuits.

Regardless of whether you run a private or public company, having to contend with lawsuits is a deeply unpleasant experience, and the animosity never goes away.

Till the beginning of 2020, things were going pretty smoothly with Jeff Bezos’s company, with about a thousand five hundred new employees joining the space firm and making the company grow by nearly a factor of four over the past three years.

If Blue Origin doesn’t get its act together quickly, it could be seeing a more drastic decrease in the number of employees soon, maybe if Bezos put more effort into holding the company together.

The company has nearly 4,000 employees around the U.S., with its headquarters in Kent, Washington, near Seattle, as well as facilities in Cape Canaveral, Florida; Van Horn, Texas, and Huntsville, Alabama.

None of Blue Origin’s contractors received it. The company confirmed the bonus, with a spokesperson noting that it was intended as a “thank you” for achieving the milestone of launching people to space.

Two people told CNBC that internally the bonus was perceived as the company’s leadership attempting to entice talent to stay, in response to the number of employees filing notices to leave after the launch. It remains to be seen how Jeff Bezos will steer his way out of trouble with it.

So what do you think? Do you think Jeff Bezos will be able to get his acts together and get Blue Origin to make a comeback and emerge from this problem? Or do you think Blue Origin is doomed to stay in SpaceX’s shadow? Let us know what you think in the comments below.

Thanks for reading till the end. Comments what’s your opinion about this information “Why Blue Origin Engineers Are Leaving the Company for SpaceX”.

3 thoughts on “Why Blue Origin Engineers Are Leaving the Company for SpaceX?”