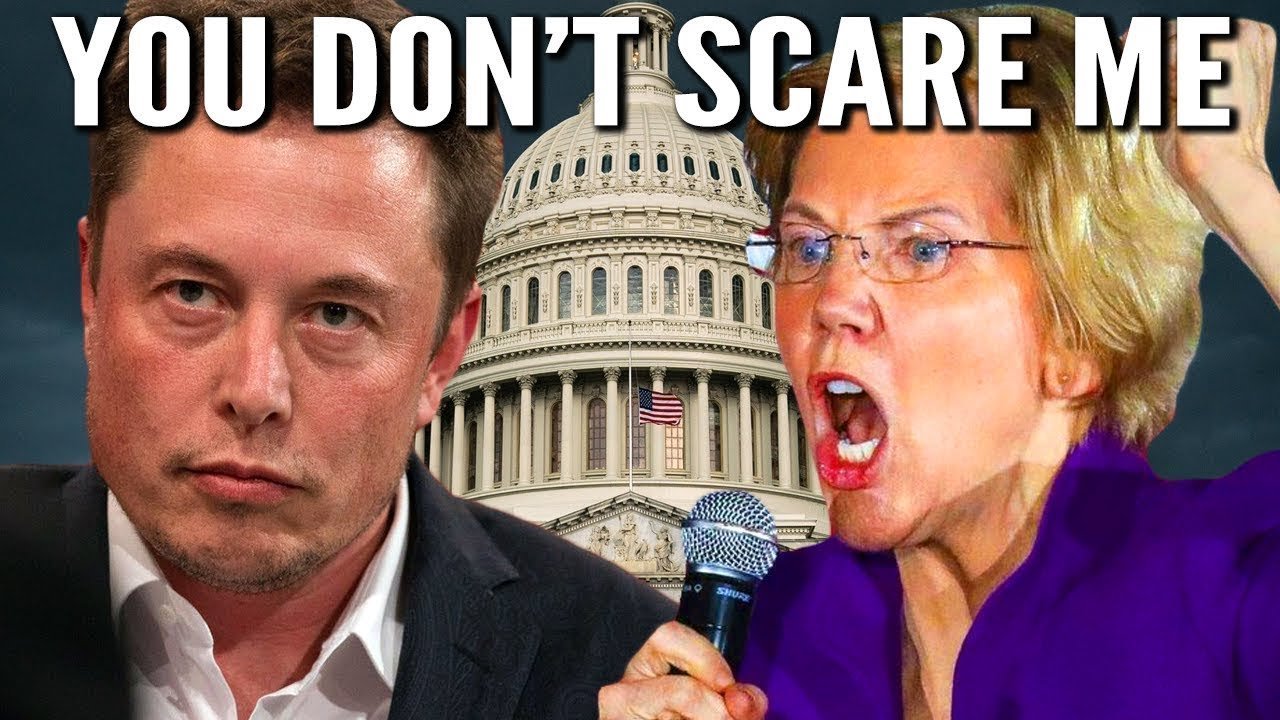 Elon Musk Exposed Senator Elizabeth Warren’s Corruption: Musk’s name is not too far away from media attention. As the richest man in the world and the head of several companies, it’s hard to stay out of the media limelight. The tech billionaire is very active on Twitter, making him the talk of praises and sometimes controversies.

Twitter is a way this successful business magnate communicates with the world. As an eccentric CEO, it doesn’t take much before regular debates turn into controversies for himself on the social media platform. This time around, the same thing happened, and it went a bit too far.

Recently Elon Musk got into a war of words on Twitter with Elizabeth Warren, a Democratic senator from Massachusetts in the United States. This is not the first time Elon Musk would be in a political dispute, but this time, his wealth was questioned, and he was called a fraud.

If you are a huge fan of Musk, you should know that he is not afraid of confrontations. He wasn’t going to be taken down by a politician so easily, so the Twitter war began.

Musk was recently named as Time Magazine’s person of the year. But this new status has since been called out by Senator Elizabeth Warren. This skirmish of words began when Warren tweeted a story that named Musk as the Time’s person of the year with a swipe at the rigged tax code.

Musk’s spontaneous response slammed the Senator’s tweet, and it got thousands of likes and shares. Warren used Twitter as a medium to complain that Musk should be paying more taxes, and she accused him of Freeloading.

The Senator’s tweet on Twitter said, “Let’s change the rigged tax code, so The Person of the year will actually pay taxes and stop freeloading off everyone else.” Has that got your blood boiling?

The accusation was big enough for Elon Musk to drop a quick reply with a sharp rebuttal. He replied saying, “And if you opened your eyes for 2 seconds, you would realize I will pay more taxes than any American in history this year.” The banter didn’t end here.

Musk went further to send more replies to Senator Warren’s tweet telling her to Stop Projecting, and he added a link to a Fox report on her ancestry. What does this mean? Projection refers to unconsciously taking unwanted traits or emotions you don’t like about yourself and attributing them to someone else.

Musk is stylishly accusing Warren of freeloading and calling her a fraud. The link he attached about Elizabeth Warren established her as a fraud because her lies about being Native American disqualify her from the presidency’s senate.

Elizabeth Warren has had a long history of lying about her racial background. Because of these lies, she is unfit to occupy the White House and unfit to sit in the senate. She has repeatedly and deliberately sought to benefit in her academic, employment, and personal life by posing as a Native American.

She should end her presidential candidacy before it begins and resign her senate seat. The article in the link Elon Musk added to his tweet argued. Musk didn’t let things stop at that.

He soon replied with another tweet saying, “You remind me of when I was a kid, and my friend’s angry Mom would just randomly yell at everyone for no reason.” He also made another tweet that said, “Please don’t call the manager on me, Senator Karen.

Aside from the fact that Karen rhymes with Warren, according to pop culture references, Karen is a middle-aged white woman with a peculiar bob cut, asking to speak with the manager at any slightest inconvenience.

It was a harsh comparison, but funny and lighthearted if you compare it to being called a fraud. How did Senator Warren take all these? Instead of keeping the banter to Twitter, Senator Warren decided to criticize the billionaire in a fundraising email she sent out later that night on the day of the altercation.

She called Elon Musk a poster child for how the rigged tax code lets billionaires pay hardly any taxes at all. She ran through some of his greatest hits, citing the huge amount of 100 billion dollars that Musk added to his wealth during the pandemic.

She said, “When someone makes it big in America – millionaire big, billionaire big, the person of the year big – part of it has to include paying it forward so the next kid can get a chance, too.”

When she wanted to run in 2020, it was a keystone for her presidential platform. Since then, she has proposed legislation that will enact an ultra millionaire tax in households with a net worth of $50 million or more. Musk has criticized the tax Democrats recommended on the unrealized gains of billionaires.

If this wealth tax were to be passed, he would owe about 50 billion dollars. He wrote on Twitter, “Eventually, they run out of people’s money, and then they come for you.” As things got hotter, Senator Warren said Musk prefers to make things personal rather than engage.

With criticisms of how much tax he pays. She commented when she appeared on a New York Times podcast. Kara Swisher asked Senator Warren about the December Twitter exchange, where she asked Musk to start paying taxes and stop freeloading off everyone else; Swisher specifically asked if she was concerned about the insult.

Warren answered, saying that Musk wants to make things personal instead of talking about what’s wrong with the tax system. She also mentioned that Musk didn’t pay federal income taxes in 2018.

She said every Nurse, Firefighter, and worker who paid taxes, paid more than Elon Musk that year, and that’s a broken taxation system. Musk responded to Warren’s comments saying that his tax bill is running into 11 billion dollars for a single year.

Musk’s filings with the securities and exchange commission SEC about his recent stock trades back up that number he claims he’d be paying. That total is pretty huge, and you might be wondering how and why he has to pay so much.

As the wealthiest person in the world, Musk doesn’t earn a cash salary or bonus; he gets paid through stock options, which gives him a right to buy shares of Tesla at a price equal to the market price at the time the options are issued. But likely well below their value when they are exercised.

In 2012, Musk received 25.5 million split-adjusted options. He had 22.9 million of those options vest over subsequent years as Tesla hit some financial and operational targets. Musk didn’t have to pay taxes on those options until he used them to buy shares.

Since that block of options will expire in August 2022, Musk has started the process of turning them into shares early in November, and he had those trades documented in SEC filings like company insiders are required to do.

When he exercises these options, the value of the new shares are taxed as income, that’s a 40.8 percent rate for someone in Elon Musk’s tax bracket. That is where this massive tax bill comes from.

Musk currently tops the Bloomberg billionaire index with a net worth of 261 billion dollars; he told Babylon Bee that he could do his taxes by himself in a few hours. Musk said, “My taxes are super simple, I do not have any offshore accounts, I don’t have any tax shelters.”

He added that he had no tax avoidance schemes or anything like that. The billionaire told the publication that he owned stocks in Tesla and SpaceX, and everything was extremely transparent. He went on to say that his worth was calculated by multiplying his ownership of the two companies by their valuations.

Musk’s wealth is not some profound mystery that needs to be deciphered. It is not the first time he has been called out about tax on Twitter. In November, he got in a row with Bernie Sanders.

Musk, is a man who can change the flow of financial markets with just one tweet. He threw a shade on Senator Elizabeth Warren in an interview with BabylonBee when he said, “I’m literally paying the most tax than any individual in history has ever paid this year, ever, and she doesn’t pay taxes, basically.

And her salary is paid for by the taxpayer like me. If you could die by irony, she would be dead.” Warren countered that everyone in America would be a little richer or a lot richer today if they didn’t have to pay federal incomes taxes for years and years and years.”

Thanks for reading till the end. Comment what’s your opinion about this information “Elon Musk Exposed Senator Elizabeth Warren’s Corruption“.