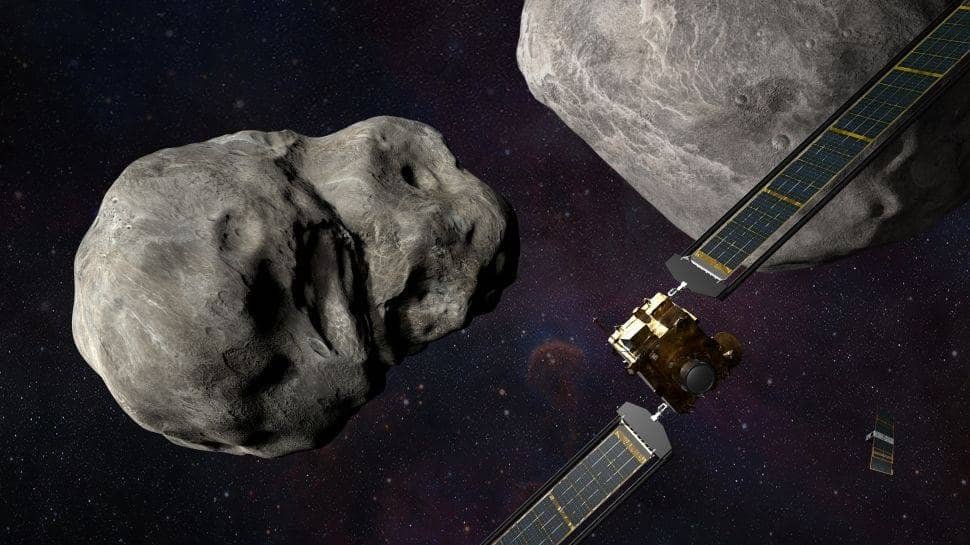 NASA to launch spacecraft to deflect asteroid’s path, its first mission in planetary defence: NASA will launch a mission to attempt a unique feat that is to slam into a tiny asteroid and slightly speed up its orbit.

The mission is part its active planetary defense known as the Double Asteroid Redirection Test (DART) and it will be launched in late November. The DART mission is planned to hit a non-threatening asteroid named Dimorphos, a moonlet asteroid.

As part of planetary defense it seeks to detect large asteroids that could potentially collide with Earth, evaluate the risk these rocks pose and attempt to avert calamity, if required. DART will test one technique for that last step by slamming into the smaller moon of an asteroid while humans watch closely to see how much the moon’s orbital period shortens.

“If there was an asteroid that was a threat to the Earth, you’d want to do this technique many years in advance, decades in advance.

You would just give this asteroid a small nudge, which would add up to a big change in its future position, and then the asteroid and the Earth wouldn’t be on the collision course,” Nancy Chabot, scientist and DART coordination lead at Johns Hopkins Applied Physics Laboratory in Maryland, said at a prelaunch news conference on Thursday.

The planned planetary defense comes in two phases. The first requires searching the skies for as many space rocks as possible, then tracking asteroids closely enough that scientists can model trajectories and compare them to Earth’s orbit long into the future.

As per NASA estimate, scientists have identified more than 27,000 near-Earth asteroids, of which nearly 10,000 are larger than 460 feet (140 meters) across, which experts worry may cause major regional damage.

While the second phase is to attempt to deflect the asteroid’s path to prevent humans from going extinct like the dinosaurs.

Historically, a similar astriod impact had wiped out most dinosaurs such creatures about 66 million years ago that specialists in planetary defense are trying to avoid.

The team hopes that mission will give scientists real data about how a kinetic impactor approach to planetary defense might work in the real world.