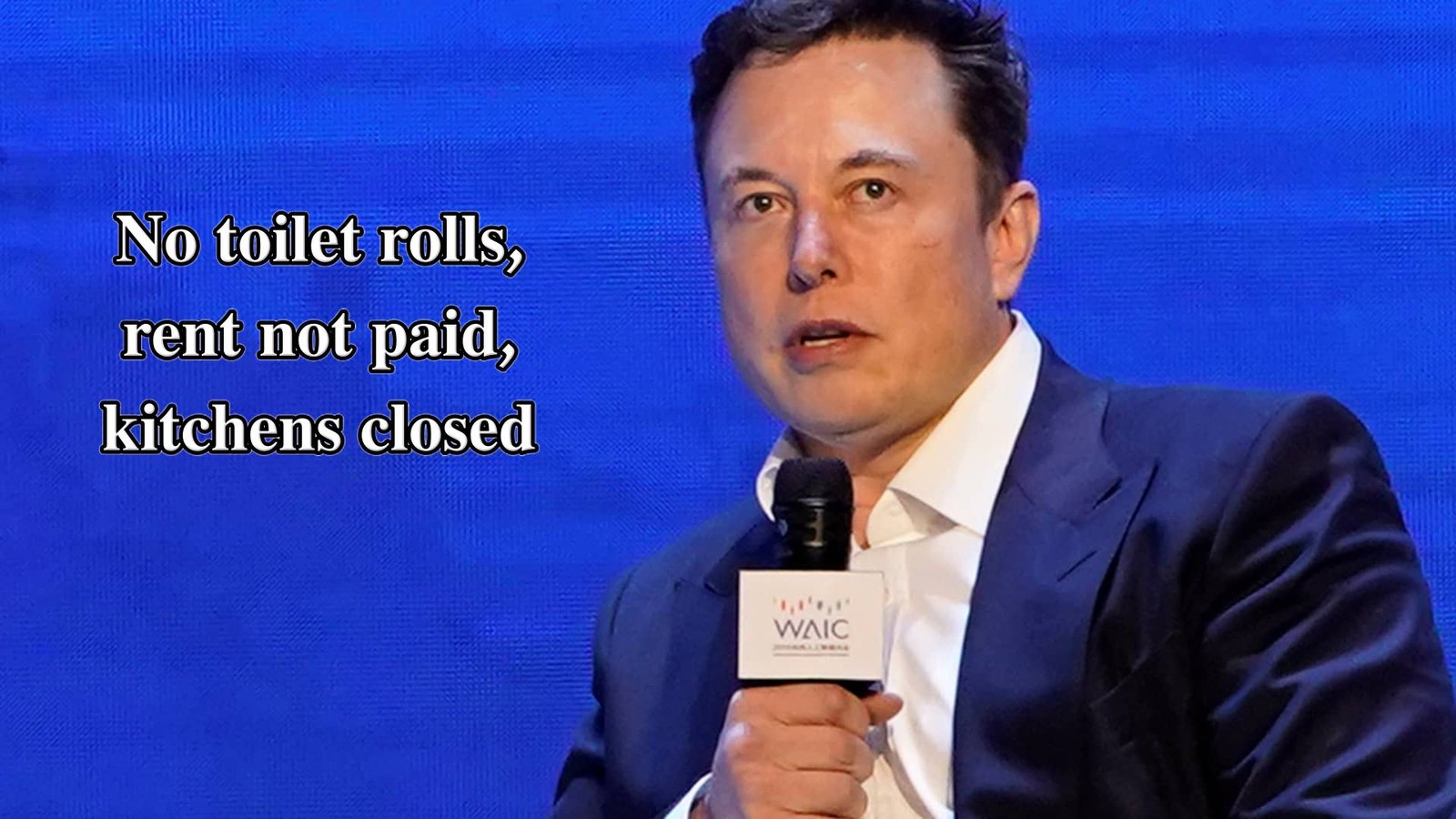 No toilet rolls, rent not paid, kitchens closed: Elon Musk’s Twitter is going through a rough phase:- When billionaire Elon Musk acquired Twitter, little did he know that he would get a chance to witness one of the most difficult times of his life?

In fact, Musk became the first person in history to lose a net worth of $200 billion after he took over the microblogging site late last year. So, overall 2022 was full of drama and losses for the Twitter, Tesla, and SpaceX boss.

Since his acquisition of Twitter, Elon Musk has faced a tough time running the company, mainly due to declining revenue and pushback from advertisers.

However, Elon Musk still prefers to believe that Twitter is not “on the fast lane to bankruptcy”. But it seems that the situation of the company does not look very promising. At least if we look at what’s happening at Twitter HQ.

Twitter is no longer the firm that co-founder and former CEO Jack Dorsey used to run. As the $44 billion acquisition neared, Elon Musk laid off nearly 50 percent of its workforce, including hundreds of its Indian offices and several top executives, including Parag Agarwal.

To cut costs, the Twitter boss closed several facilities for employees and also fired janitors. Not only this, but he is also selling furniture, kitchen appliances, and many more to earn money.

Elon has turned Twitter’s work culture upside down. He removed the work-from-home culture and asked the employees to return to the office or quit if they did not want to be a part of the tough work culture.

Elon also stopped giving free lunches to save money. Now Musk is going to the extent of not paying rent for months to cut costs. In fact, if reports are to be believed, Twitter has not yet paid the rent of more than $136,260.

Twitter has also furloughed its cleaning staff, forcing employees to bring their own bathroom supplies, including toilet paper.

Thanks for reading till the end. Comment what’s your opinion about this information “No toilet rolls, rent not paid, kitchens closed: Elon Musk’s Twitter is going through a rough phase“.

1 thought on “No toilet rolls, rent not paid, kitchens closed: Elon Musk’s Twitter is going through a rough phase, Here’s why”