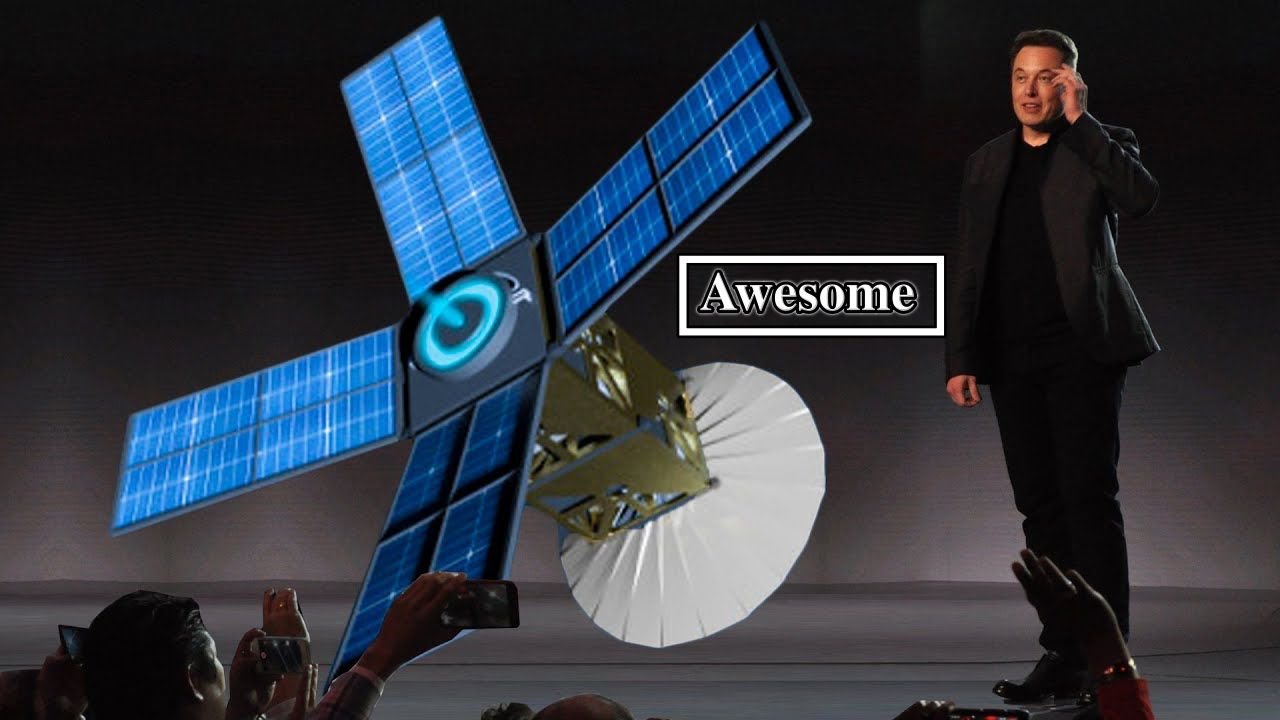 SpaceX Starlink 2 0 – Impressive Speeds Unveiled:- High-speed internet connectivity has almost become a necessity in our current day and age. With an increase in public wifi spots and the introduction of the 5G model, it could be fair for one to assume that this is the best it is going to get. However, that would be wrong.

Elon Musk’s SpaceX has a prime project called the Starlink, which aims at providing high speed internet connection through satellites, which will be faster than 5g, to every home at a much affordable rate, and to make this process even more competetive, he plans on launching a more advanced version of the pre-existing Starlink known as the Starlink 2.0.

SpaceX is currently standing with a track record of more than 30 successful launches, having over 1,500 active satellites in Orbit and a relatively inexpensive price tag of only $99 a month.

Starlink began in 2015, but the main focus on it began after 2018, when its first version, Tintin 0.1, was launched. This was the beginning of what would become a series of launches that followed, and was aimed at setting up the satellites that we have now.

Tintin 0.1 only had two satellites on it and was taken up on a Falcon9 along with Spain’s Paz Spy satellite. While version 0.1 was expected to orbit around 1,125 km, it only managed to reach 500 km.

However, this did not really affect the team as Tintin 0.1 was only an experiment and managed the low-Earth orbit, by sending 10 minute communications across three stations in California and Washington.

But the speeds that it was providing were barely a couple of kilobits, or sometimes a couple of megabits a second, but the baseline was that even though the expectations were not achieved, the 0.1 Starlink satellite worked and had to be considered a success.

Having kept these results in mind, Team SpaceX, under the leadership of Musk, started working on Starlink version 0.9 since the Tintin 0.1 was only supposed to last 6-12 months post-launch before it would go into self-destruction, marking the cue for version 0.9 to launch.

Once the tests results of 0.1 came back, SpaceX was ready to launch 0.9 as their first official launch in 2019. Version 0.9 was much more advanced than 0.1 as it consisted of 60 satellites and had overall better technical upgrades to prevent it from ending up like Tintin 0.1. It made its debut Mid-May.

These satellites were noticeably upgraded compared to the microsat satellites that were initially launched. The flat panels, multiple antennas and a solar array were some of their better technological advances.

The flat panels were essential pre-launch accesories as they allowed SpaceX to stack multiple satellites on each panel. These satellites were surprisingly light , weighing only 227 kgs, which helped them achieve a rather successful launch and set the baseline on how the future satellites can be designed and sent up in for Starlink 1.0.

Meanwhile, SpaceX kept pushing more satellites into near-Earth Orbit using the Falcon 9. Covering a distance of 550kms, these 60 satellites were equipped with position and altitude changing mechanisms that allowed them to provide the desired speeds.

Even though these satellites just fell short of the expected output, they were still providing a great bandwidth of around 200-300 Gbps which was around 4 Gbps per satellite. These satellites have orbited around the Earth for nearly two years.

After the success of 0.9, SpaceX went on a bit of a satellite launch spree. Twenty-eight launches were carried out over the next few months, from November 11 2020, to May 26 2021.

The Falcon was kept busy as it was the only rocket carrying out these missions. Carrying out a payload of 1,678 satellites in total, version 1.0 was no small thing, and what made it even bigger a success was the fact that every relaunch went exactly as planned.

This caused the Starlink satellite clusters to be as per expectations, with all of them functioning in the right place and making full use of the upgrades installed. Currently, 1.0 is slowly disintegrating outside the Earth’s atmosphere.

SpaceX designed them so meticulously that no satellite is going to leave any extraterrestrial trace of its existence once it gets outdated and disintegrates. The new satellites are supposed to be even more advanced than the 1.0, the most notable addition being the KA Band or K Above Band.

This Band, which is used for high speed satellite output, is essential for Starlink to maximize the speed as KA sometimes overlaps with the frequencies of 5G. The Starlink Satellite Dish The Starlink satellite dishes went through enormous amounts of beta testing in late August 2020.

Initially, these services were only available for people in America, but the intention was to later on have it available in Canada, followed by parts of Europe and South America. Of course, version 1.0 did its job to lay the groundwork, but this is nothing compared to what 2.0 can bring to the table.

One of the biggest takeaways from 2.0 is inter-satellite communication. Even with 1,700 odd satellites, Starlink has a lot of problems and is only providing internet connectivity to the places that that the satellites can reach.

On the other hand, fiber optics has a much longer lifespan, and its connectivity distance can be much more easily increased. Companies like Comcast and Hathway can simply send an employee to your house and increase the distance with a cable and router.

Space companies cannot do the same by just sending satellites up in Space. Their closest alternative is by adding a dish to your home, which will pick up a signal. However, there are a lot of problems that slow down this process.

Starlink dishes must pass through traffic via stations on the ground called the gateways. Stations then exchange signals with Starlink, which then go ahead and connect to the existing cables since the satellites are not available for connectivity everywhere.

However, the existing ten interconnected satellites, which will pair with the upcoming satellites in version 2.0, are bound to change this completely. With this, satellites will not have to pass through the gateways.

Instead, they will just get connected to other nearby satellites and transmit the data to wherever it’s required. By using laser technology and inter-satellite communication, internet connectivity can be achieved as long as there is a Starlink satellite close enough and with thousands of satellites expected to reach Orbit; this really does not sound like a problem.

With lasers that can connect to other satellites, 100’s of gigabytes of internet speed can be transmitted per second. The laser itself can make Starlink a better alternative than fiber optics. With launches expected in 2022, SpaceX has not revealed much more information about version 2.0.

However, Musk has confirmed on his Twitter page that 2.0 is bound to be a much better and more upgraded version. So that is how Starlink is aiming to replace fiber optics, and 2.0 is expected to take this to a whole new level. What do you think about this expected switch from fiber optics to satellites?

Thanks for reading till the end. Comment what’s your opinion about this information “SpaceX Starlink 2 0 – Impressive Speeds Unveiled“.