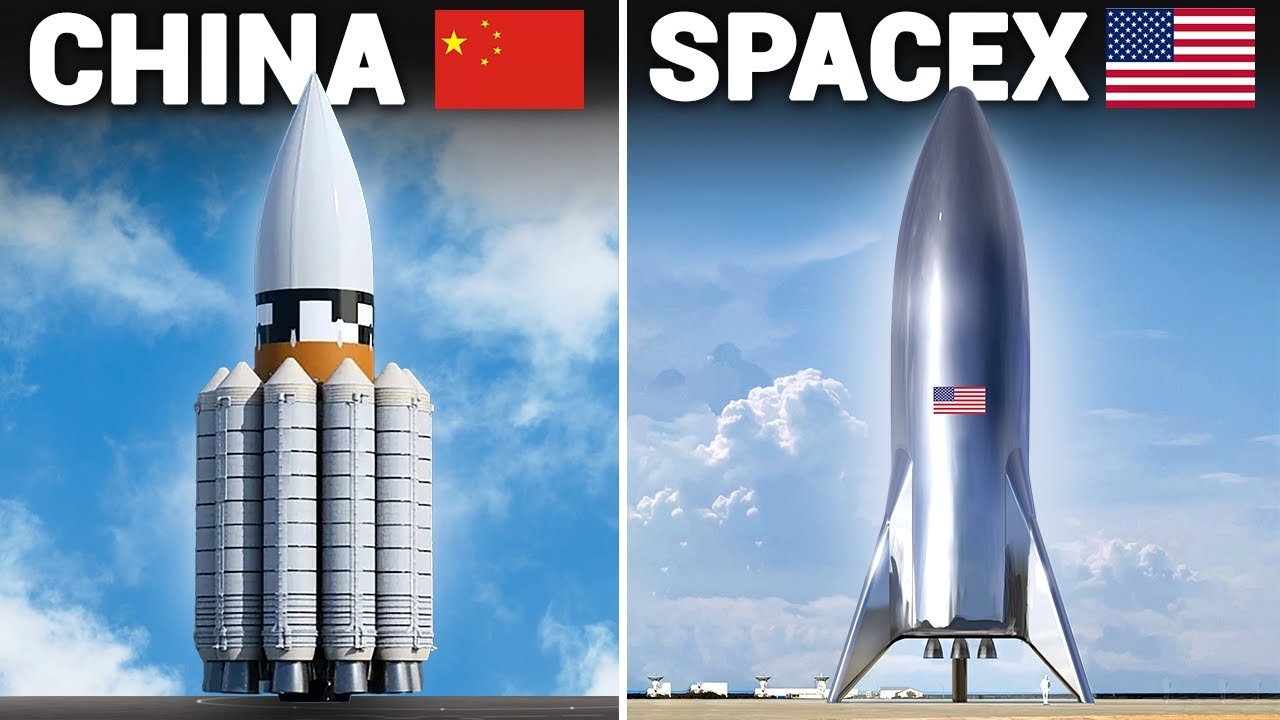 China Reveals Its 800M Rocket To Beat Elon Musk & USA:- After decades of total dominance by the United States and Russia, China is poised to upset the cards by entering the space race with a bang!

The Asian giant has been making moves behind the scenes for a while, but right now, Beijing is on a roll, unveiling different space projects that have taken the entire world by surprise.

The country’s space exploration efforts have gained quite a lot of momentum in recent months – from launching multiple space probe machines to building a new high-tech telescope and space station that could possibly replace the legendary ISS.

China is clearly killing it in space! But, if the rumors are anything to go by, all of these achievements might just be the tip of the iceberg because China is set to reveal an 800-meter rocket that will beat the existing rockets owned by Elon Musk and the United States.

In today’s article, we’ll tell you everything you need to know about this gigantic space rocket. Also, we’ll be discussing the features of the other Chinese space projects that we mentioned earlier.

China has always wanted to be a prominent force in space, but that didn’t happen for a long time. Largely due to the strength and advancements of the United States and Russia in space technology. However, it would interest you to know that China is one of the first countries to venture into space exploration.

On July 19, 1964, the Asian giant launched and recovered mice using an experimental biological rocket. Following successful attempts at launching several satellites and unmanned spacecraft in the late 90s, China became only the third country to launch an astronaut to space using its own rocket in 2003.

The lucky man on that occasion was Yang Liwei. However, China’s traction in space was significantly hampered when the United States Congress passed the Wolf Amendment, prohibiting NASA from “using government funds to engage in direct, bilateral cooperation with the Chinese government and China-affiliated organizations from its activities.”

But times have changed since then, and China is now one of the world’s most technologically advanced countries. All of a sudden, a country that wasn’t allowed to carry out experiments on the ISS is launching space missions for fun and even building its own space station.

The irony here is that China isn’t just competing with the United States and Russia anymore; it is gradually becoming a leading force in the space industry. For instance, the Tiangong space station, which China is currently building, will become the world’s most refined experiment hub in space when it is completed.

As you know, space stations are built as modules here on Earth before they’re launched into space and joined together like Legos. Tiangong, which means “Heavenly Palace,” will have three space modules as opposed to the ISS, which has 16 modules.

But that’s about the only advantage that the ISS has over this space station because, according to sources in Beijing, Tiangong will be fitted with revolutionary technologies that have never been tried on the ISS.

To begin with, a significant amount of the energy that the Tiangong space station will use will be generated by solar panels. In comparison, the ISS is entirely powered by nuclear energy. Chinese sources say the propulsion system installed in the Tiangong space station is five times more efficient than the ones used in the ISS, which requires about nine tons of fuel to stay afloat annually.

This space station will also have its own special eyes known as the Xuntian Space Telescope. Measuring 6.5 meters in height, the Xuntian flagship telescope is about three story-building tall. And according to reports, its field view will be 350 times wider than that of NASA’s Hubble telescope.

According to reports, the Xuntian Space Telescope will be able to observe 39% of the sky in 24 hours and 100% in six months. It will orbit parallel to the Tiangong space station; however, it will attach itself to the space station to refuel from time to time.

The Xuntian Space Telescope will enter orbit in 2023, about the same time that Tiangong will be completed. We know that the ISS is living it’s last days as official reports suggest that it will be decommissioned in 2031.

Since its space program began, China has reportedly launched more than 200 rockets into space. In 2021 alone, the Asian giant spent over $10 billion on space technologies; that’s less than a quarter of the US space expenditure, but it’s nearly three times as big as Russia’s budget.

China plans to send humans and robots to the Moon, Mars, and beyond within the next decade. To do that, the country would need a spacecraft that could ferry astronauts to these exclusive locations.

SpaceX is currently developing something similar called the Starship but going by the history between Beijing and Washington; we know well ahead of time that China won’t have access to it, meaning the only way for the Asian giant to achieve its goal of becoming a dominant space power is to develop a powerful space rocket of its own, and this is where the ground-breaking Chinese 800-meter rocket comes in.

The Starship rocket we mentioned earlier is currently the world’s most powerful spacecraft. When connected with its super heavy booster, this rocket measures approximately 400 feet or 122 meters in height, meaning it’s slightly taller than the Statue of Liberty.

Now imagine how gigantic China’s 800-meter spaceship will be? It would literally dwarf every other artificial structure in space. But that shouldn’t surprise anybody; the Chinese are known for building extravagant structures. Currently, five of the world’s ten tallest skyscrapers are located in China.

This includes ginormous structures like the Shanghai tower, which clocks in at over 600 meters, and the Ping An IFC in Shenzhen, which is 599 meters tall.

The idea of China launching an 800-meter space rocket is almost unimaginable, but it would be something if the Asian giant is able to pull it off. Currently, there’s nothing to suggest that it won’t happen. China is one of the pioneers of advanced technologies in the world.

And when we talk about funds, Beijing has been very much generous towards space projects like this one, with billions of dollars allocated to space research and space exploration every year. Recently, the BBC revealed China’s plan for space exploration between now and 2045.

It begins with the Tiangong space station, which is due to be completed sometime in 2022 or 2023. Then by 2025, China hopes to collect near-Earth asteroid samples.

Beijing has big plans for the year 2030, with three major milestones already scheduled. They include launching a sample-return mission to Mars, sending an unmanned mission to Jupiter, and landing astronauts on the Moon.

If everything goes as planned, the United States is expected to launch a mission to the Moon in 2025. By 2035, China hopes to develop reusable carrier rockets; it’s only fair to mention that Elon Musk has achieved this already. By 2040, the Asian giant is expected to have built a nuclear-powered space shuttle.

And finally, by 2045, Beijing hopes to become a leading space power. As you can see, it’s a well-laid-out plan. You may argue that Elon Musk and the United States have achieved some of these milestones already, but that doesn’t make it less impressive. It’s becoming clearer by the day that the space race is now a three-way street.

Russia seems more concerned with invading Ukraine at the moment. This maybe leaves an opening for Beijing to overtake Moscow quickly. But we know for sure that the United States will not relinquish its space dominance to China without a fight.

Thanks for reading till the end. Comment what’s your opinion about this information “China Reveals Its 800M Rocket To Beat Elon Musk & USA“.