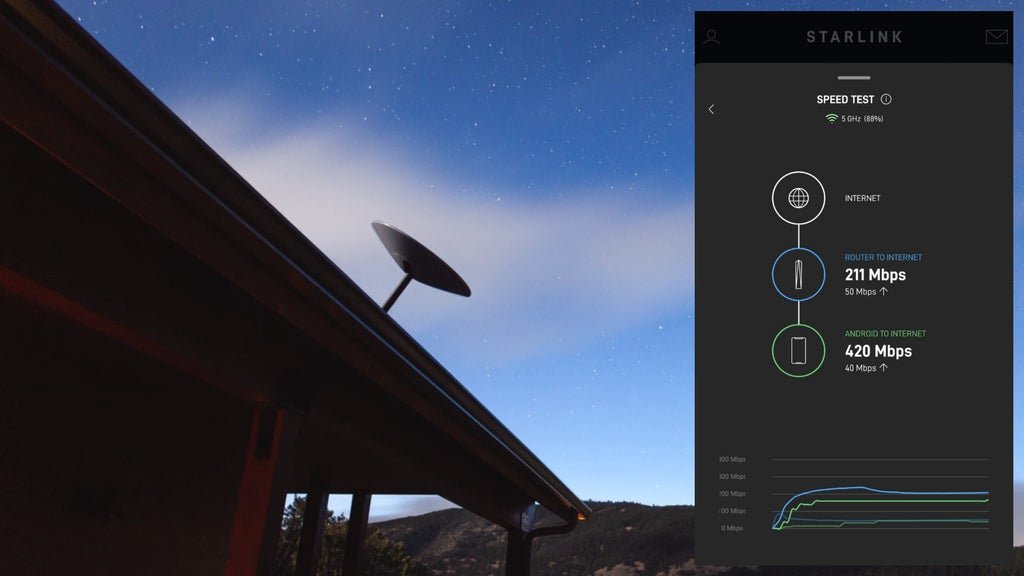 Starlink became available in Mexico in November 2020 in rural areas across the country. SpaceX Starlink user Manuel Nieto of Monterrey, Mexico, shares his experience after a month of using Internet service in a countryside home.

“We stream Netflix, Disney+, YouTube on multiple devices at the same time. A beauty!”

Nieto told the Tesmanian in Spanish.

“I set it in the countryside, usually, I spend the weekend there. There is no cell phone signal of any kind at that location. It has been great to have Starlink,”

The Starlink network is ideal for rural and remote locations where the internet is unreliable or completely unavailable because it is so easy to set up, users just need a power source and a clear view of the sky for a Starlink dish antenna.

Nieto shared, in a Facebook group dedicated to Starlink users in Mexico, that it has connected Starlink to 10 devices simultaneously for multiple users and says that all streamed video content without speed issues.

Nieto told Tesmanian that Starlink’s Internet download speeds typically exceed 200 Mbps (megabits per second) and change from time to time. They did a speed test and got high-speed internet which reached up to 420 Mbps, which is higher than the speed advertised by the company on its Starlink.com website.

“By using advanced satellites in low orbit, Starlink enables video calls, online gaming, streaming, and other high data rate activities that have historically not been possible with satellite Internet.

Users can reach between 100 Mbps and 200 Mbps in most locations. Beaches can expect to see download speeds and latency as low as 20ms [milliseconds],” the company website states.

SpaceX is accepting service pre-orders through its website and fulfilling orders on a ‘first-come, first-served basis when broadband coverage is available in specific locations.