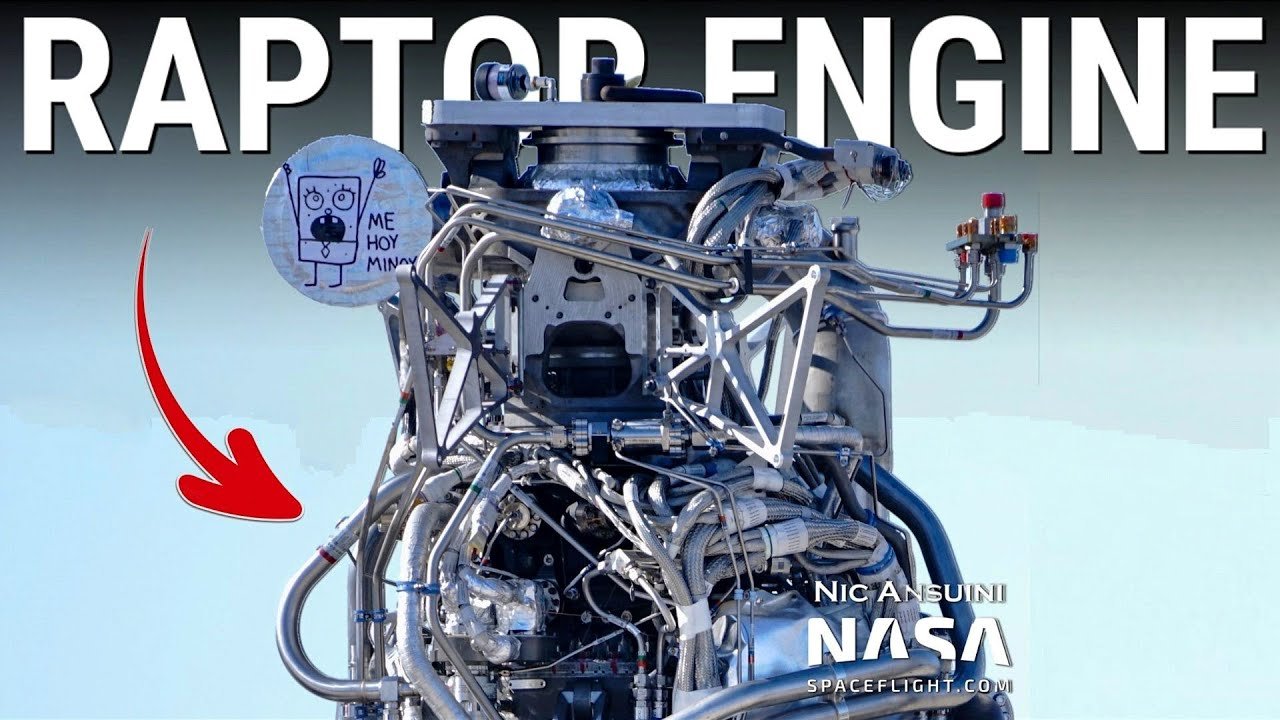 Why Starship Raptor Engine Is Very Hard To Build?: In May 2021, Starship prototype SN15 touched down on the ground, completing SpaceX’s first successful test flight. Years of work led up to this point – and it seemed that the goal of getting to Mars was now a little bit closer. But for the engineers working on Starship, this was just a small step in a very long journey.

In order to fully test Starship, they are now looking to complete an orbital test flight. This will be a test flight like no other, as a fully stacked Starship will produce almost double the thrust of the Saturn 5, the most powerful rocket ever made.

In order to produce this amount of thrust, the Super Heavy booster will have around 30 raptor engines, lifting Starship’s second stage into orbit. In order for this test flight to go well, an enormous amount of engine testing needs to be done.

Typically, each engine is tested individually at SpaceX’s facility in McGregor Texas before being transported to Boca Chica. From there, the engines are attached to Starship prototypes where they go through a series of static fires or even flights. But in order to complete the orbital flight, they will need to rely on an engine that has yet to be flown, the raptor vacuum engine.

Rocket engines produce an immense amount of energy. Once the propellant inside the engine has combusted, it turns into a gas and creates an enormous amount of pressure inside the chamber. But one of the most important parts of the engine is the nozzle.

This is the final stage of the engine and its job is to take all of that pressure and direct it out the back to maximize the thrust. In order to use that pressure most efficiently, the nozzle is designed so that the pressure of the gas matches the surrounding air pressure as it leaves the nozzle.

If the pressure is higher than the ambient pressure at this point, it will spill over the edges, reducing the thrust. This doesn’t cause any harm to the engine but it does reduce its efficiency. But as rockets climb through the atmosphere, the air pressure drops. This means that no matter how the nozzle is shaped, the engine will lose efficiency as it gets higher.

However, since Starship’s second stage doesn’t get used until it’s already out of the thickest parts of the atmosphere, it’s main engines can be designed specifically for the vacuum of space. In order to work efficiently in space, the raptor vacuum engine has a much larger engine nozzle.

This is because in space, the exhaust plume expands much more since there is no atmosphere pushing against it. But the problem comes when it’s time to test this kind of engine down on the ground. Although it’s fine for the exit pressure to be greater than the ambient pressure, if the exit pressure is much lower, the effects could be catastrophic.

When this happens, the air starts to push its way into the engine bell, separating the exhaust flow from the walls of the nozzle. If the pressure difference is too much, the engine nozzle could vibrate so intensely that it rips itself apart. This was a problem they had to avoid when designing the Space Shuttle since it’s engines had to operate from the ground all the way into space. From us, now let’s get back to today’s content.

Musk has long established that SpaceX is the ultimate goal is to turn humans into multi-planetary species, establishing multi-planetary life. To fulfill this target going to Mars and setting up a base there is a must, But first we need to go back to the moon.

It’s been forty-nine years since the last mission to the moon. Almost half a century that we’ve not been back, and that’s concerning. As Musk said, it would be extremely tragic if Apollo was the high watermark for humanity.

Enter Starship, The solution to this problem with Starship Musk hopes we can open the window to conquering deep space. But Starship is a really hard project as Musk said so himself. He’s always been so busy with the hard engineering challenges of everything that’s involved, that when Lex Fridman mentioned issues related to rockets.

He was very excited to share. He said that engine production is the biggest thing, absorbing his time. Prototypes are easy, production is hard. Please note the difficulty belongs to production, not the design of the engine.

Musk may have set this countless times over Twitter, so please don’t be confused. SpaceX has the most advanced rocket engine that’s ever been designed according to Musk, an engine should only count if it’s gotten something to orbit. Although his engine has not gotten anything to orbit.

Yet it’s the first engine that’s actually better than the Russian engine. Road one-eighty and one seventy, which previously held the public record for the highest combustion Chamber pressure, for an orbital class rocket. But achieving that greatness has never been easy, the Chamber pressure of the one-eighty is around two hundred and sixty-seven bar.

Meanwhile, Raptor is designed to possibly operate at three hundred The difficulty of the Chamber pressure is increased on a non-linear basis. As a result ten percent more pressure is more like fifty percent more difficult, but the chain of pressure is what allows you to get a very high power density for the engine, enabling a very high thrust to weight ratio and a very high specific impulse.

The measure of the efficiency of a rocket engine is really the effective, exhaust velocity of the gas coming out of the engine with a very high chamber pressure they can have a compact engine, that nonetheless has a high expansion ratio, which is great. However, it’s really hard to manufacture at scale, and let me tell you why. Ask must be said it’s very complex.

A lot of what complexity means there is a lot of components are involved. A lot of components and a lot of unique materials. Musk and his team had to invent several alloys, that don’t exist in order to make this engine work in full flow staged combustion.

There are many feedback loops in the system, including the propellant. Hot gas flows simultaneously to so many different places on the engine and they all have a recursive effect on each other, thus changing one thing has a recursive effect, here means changing something that’s quite hard to control. That’s why no one has made this before.

Aside from that, the use of methane also creates a bunch of problems for SpaceX. No methane-powered rocket has ever made it to orbit. Raptor uses what’s known as a full-flow staged combustion engine. Only the third engine in history to employ this technique.

Whereas Merlin uses the more common open cycle system, the previous two attempts at such an engine, one in the Soviet Union in the sixties, and another in the US in the early two thousand never made it beyond testing.

A full-flow staged combustion engine refers to how a pump spins a turbine, to drive the engine using what’s called a preburner. To get this process going by inject a small amount of fuel. Normally some of the propellants are expended in a traditional open cycle engine to start this process. But Raptor will use every drop of propellant available, making it one of the most efficient rocket engines ever built.

The end result is that Raptor has a much higher pressure than Merlin, about three times greater. That is making it the highest pressure rocket engine in existence, and leading to its Afro mentioned larger thrust than Merlin.

Despite its similar size, most previous rocket engines have relied on using fuels like kerosene in place of methane, but the main benefit of using methane is that it has a higher performance than. Other fuels, meaning the rocket can be smaller.

It’s the lower cost too, which means the total cost of launching can be brought down. This could be critical because the number of Raptor engines SpaceX is looking to build is immense.

According to the starship’s latest update, the next booster will have thirty-three raptor two engines with thirteen steerings. The ship is being upgraded to nine engines three C level gambling six vacuum, fixed with the increased propellant load.

Thanks for reading till the end. Comment what’s your opinion about this information “Why Starship Raptor Engine Is Very Hard To Build?“.

2 thoughts on “Why Starship Raptor Engine Is Very Hard To Build?”