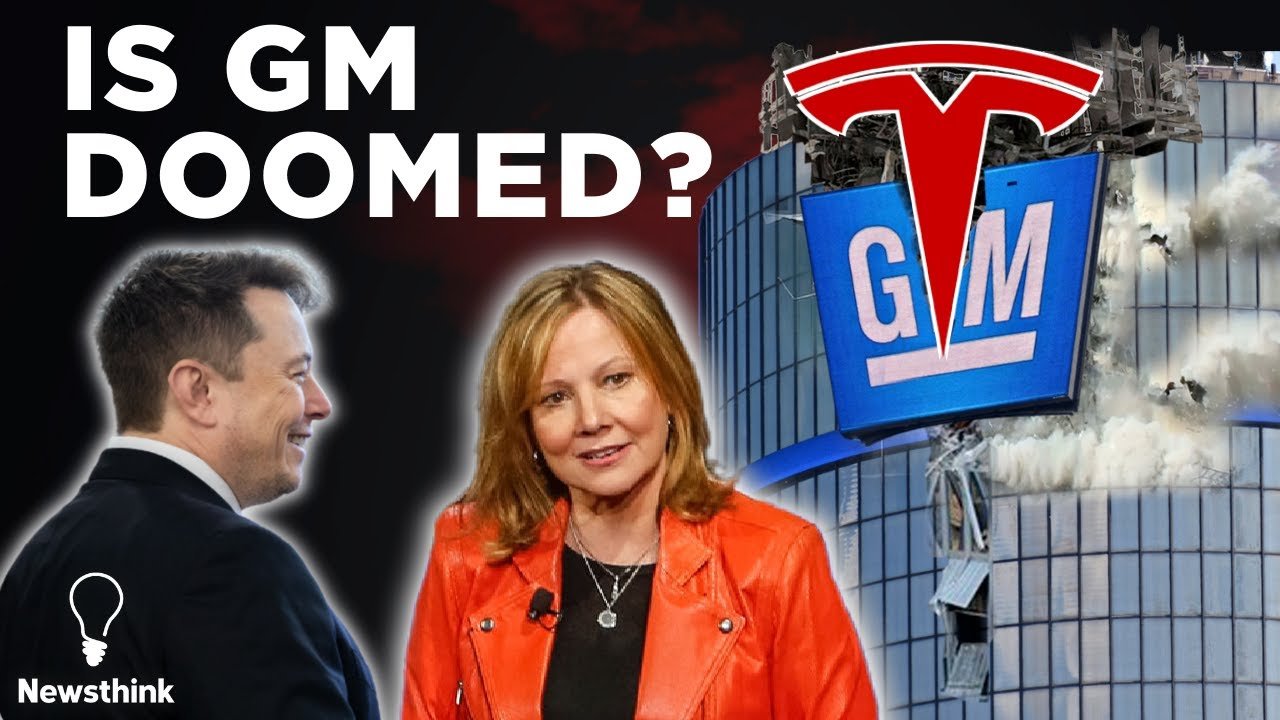 Does Elon Musk Ended The General Motors: In the 1950s, one of every two cars sold in the U.S. came from General Motors. Those were the glory days. GM’s market share declined in the eighties and nineties and then the company had to be bailed out by the US government in the financial crisis of 2009.

Out of the ashes emerged a leaner company led by Mary Barra, the first woman to be CEO of a major automaker. Now, the home of Chevrolet, Cadillac, GMC, and Buick faces another test of survival: the age of electric.

Tesla is by far the undisputed leader in electric vehicles. It delivered a record 309,000 EVs in the fourth quarter of 2021. More than GM makes in an entire year! Despite Tesla’s dominance, President Joe Biden praised GM’s CEO for leading the world in electric vehicles.

The numbers tell a different story. General Motors only sold 26 electric vehicles in the U.S. in the fourth quarter of 2021. 25 Chevy Bolts or the larger Bolt EUVs and one electric Hummer pick up. Tesla CEO Elon Musk chimed in there’s “room for improvement”.

The reason for the abysmal numbers? GM halted sales of its Bolts following a massive recall due to the risk of batteries spontaneously catching fire. 2021 was rough for GM. Its fourth-quarter sales fell 43% compared to a year earlier, to 441,000 vehicles.

The company blamed the global shortage of computer chips due to the pandemic. Tesla on the other hand managed the chip shortage by rewriting its software to support alternative chips. Tesla’s EV market share in the U.S. is a commanding 66%. GM’s is around 10%.

Despite Tesla’s massive EV lead, GM believes it can top Tesla in sales as Barra told CNBC. Do you think that you can catch Tesla by 2025? Absolutely. When people get into these vehicles, they are just wowed. So we will be rolling them out and we’re going to just keep working until we have No. 1 market share in EVs.

General Motors is aiming for more than 1 million global sales of EVs by 2025 which Tesla has already achieved. And it’s looking to grow even faster. You know our goal as a company here is to grow on an average pace of 50% per year.

A 50% growth rate per year based on current figures would have Tesla easily surpass its target of 20 million cars a year by 2030 – bolstered by two additional gigafactories that will soon come online: in Austin, Texas, and Berlin.

Meanwhile, GM is retooling half of its manufacturing plants in the U.S. and China to make them capable of producing electric vehicles by the end of the decade. General Motors sells more electric cars in China through its joint ventures than in the U.S.

And, in one of the most ambitious moves in the auto industry, GM says it will stop selling gasoline-powered vehicles altogether by 2035. That is a complete U-turn by a company that famously killed its electric car, the EV1, in the nineties by crushing them in a junkyard – a twist of fate that led to Tesla.

Two engineers disgusted by GM’s actions founded Tesla Motors in 2003. An all-electric future is hard to imagine for a company that built its empire on fossil fuel-powered vehicles as Morgan Stanley analyst Adam Jonas pointed out in his interview with GM’s CEO.

But Mary, how do you exit a business that today accounts or basically 100% of your profit and cash flow? How do you do that?

Well, we’ve got 14 years. And when you look at the fact that we’ll have more than 30 vehicles that are EV by 2025. We have aggressive plans after that.

But time may not be on GM’s side. Legacy car companies have a tricky balancing act as they phase out their old business to make way for the new.

They have to figure out how to keep their car dealerships happy, for example. Electric vehicles require less maintenance as they have fewer moving parts which could result in a significant loss of revenue for a dealer.

They don’t require oil changes and routine repairs that make up as much as half a dealership’s gross profits. And GM still has to figure out how to make EVs profitable. Batteries are the priciest part of an electric car.

GM says its new Ultium batteries will drive costs below $100 per kilowatt-hour – the magic number that would make electric cars roughly the same price as combustion engine ones. Tesla hasn’t said what its battery price target is – but its 4680 battery cells are considered pivotal in helping the company reach its goal of selling a $25,000 Tesla one day.

There’s a famous old saying about General Motors: “As goes GM, so goes the Nation” Implying that the company was so powerful at one time, that the country’s economic fortunes were tied to GM’s health. That’s clearly no longer the case.

Tesla’s market cap of $1 trillion is 12 times higher than GM’s. What was once the world’s largest automaker is now the underdog, trying to chip away at Tesla’s EV dominance. Electric cars are clearly the way of the future.

Thanks for reading till the end. Comment what’s your opinion about this information “Does Elon Musk Ended The General Motors“.

2 thoughts on “Does Elon Musk Ended The General Motors”