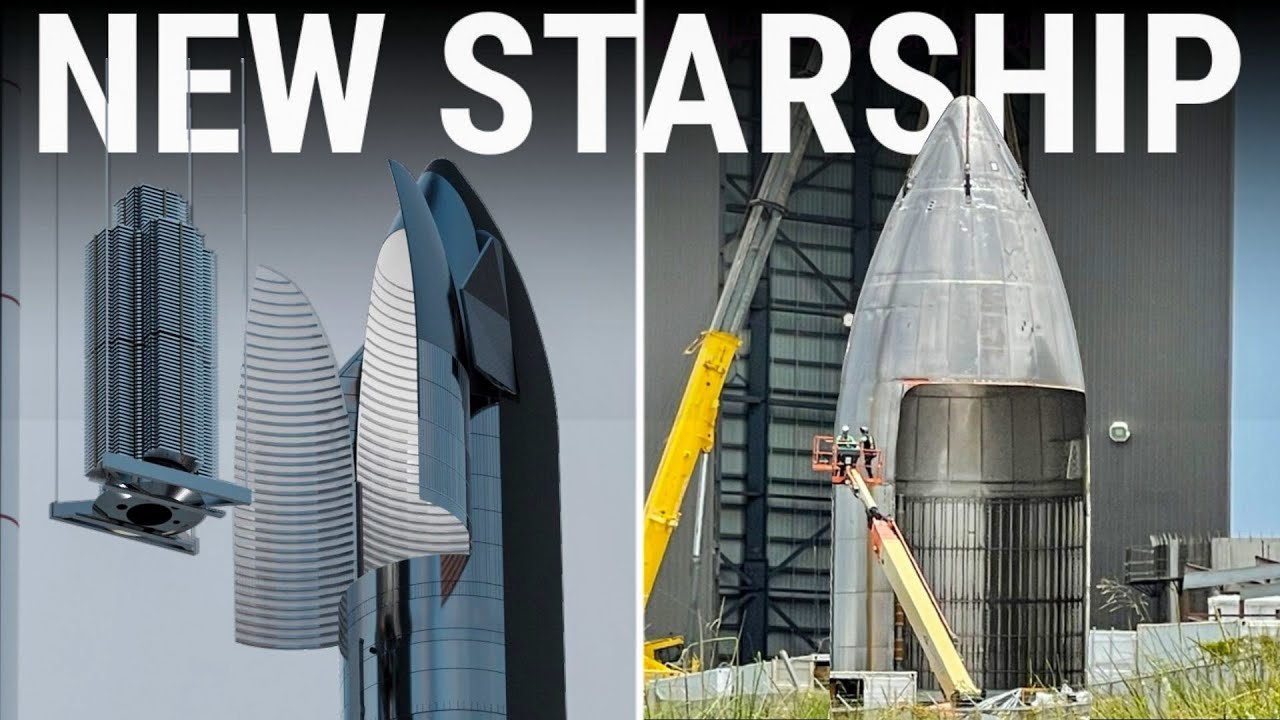 Elon Musk Give New Update On Starship New Nosecone Design: SpaceX’s Starship launch vehicle has many potential uses and capabilities that will enable companies and organizations to access space like never before. Engineers are developing the fully-reusable Starship launch system at the Starbase facility located in Boca Chica Beach, Texas.

Some of SpaceX’s plans for Starship and potential uses include Cargo Starship The first use for Starship will be transporting massive amounts of payload to space. The 160-foot-tall stainless-steel spacecraft will be capable of launching over 100 tons of cargo to orbit, enabling companies to launch entire constellations of satellites in a single mission.

These satellite constellations take years to complete with the rockets that are currently in operation. Starship will be a cost-effective option to deploy payload. With a single launch, a Starlink broadband fleet of 400 satellites can be launched to orbit.

Researchers might also use Starship launch services to deploy a fleet of satellites that feature advanced Earth-observation technology that could enable researchers to study climate change, monitor weather, among other applications.

SpaceX has continued to work on Ship 22, adding hinges to the nosecone barrel, indicating that the barrel could be repurposed to be a cargo bay door pathfinder. Starship operational flights will initially be focused on cargo missions, and you can imagine how many Starlinks they’d be able to push uphill inside this!

The last time a cargo bay pathfinder was spotted was in July 2021, when a nosecone barrel was cut open along with part of the nosecone itself. At the time, Elon noted that the exact payload bay door dimensions were yet to be determined and that the volume was roughly 1,000 cubic meters.

Starship will push the boundaries of space exploration. It will be capable of transporting up to 100 passengers inside its 1,000 cubic meters pressurized cabin. “The crew configuration of Starship includes private cabins, large common areas, centralized storage, solar storm shelters, and a viewing gallery,” SpaceX says.

No spacecraft in history have been capable of transporting that many passengers. Humanity has not set foot on the Moon in 50 years, SpaceX aims to change that with Starship. NASA signed a Human Landing System (HLS) deal with SpaceX to develop a lunar-optimized Starship that will be capable of landing astronauts on the Moon by 2024.

Each spacecraft will be habitable, enabling astronaut crews to use Starship as a building block to set up a permanent base on the lunar surface. Once SpaceX achieves the milestone of returning humanity to our closest celestial neighbor, SpaceX’s ultimate goal is to colonize Mars.

Starship will enable the first astronauts to set foot on the Red Planet. Long-term, the company aims to manufacture a fleet of Starships to enable humans to build a sustainable colony on the Martian surface.

Starship will also help researchers on Earth explore deep space to expand our understanding of life and the Universe. The spacecraft can be used as a chassis to host powerful science instruments, like telescopes larger than the Hubble Space Telescope with 10x its resolution.

A Starship telescope can be equipped with high-tech tools and sensors. Unlike traditional research vehicles, Starship will be capable of flying through the Solar System to conduct deep space research with its instruments. It will also be capable of approaching celestial objects closely to gather data and even land to investigate.

In Orbit Starship could also potentially become an alternative to replace the International Space Station (ISS). Thanks to research conducted by astronauts at the ISS laboratory, researchers have developed medical treatments and technology that helps humanity as a whole. However, NASA does not plan to fund ISS maintenance for long, the agency plans to focus on lunar exploration after astronauts land on the moon in 2024.

In the future, SpaceX could launch a Starship Lab to orbit and enable scientists and engineers to live aboard the spacecraft to continue to conduct research in microgravity while orbiting Earth for months at a time.

This would provide more access to space and enable private companies to innovate at a much faster rate. Starships could also be launched as space ‘hotels’ to enable space tourists to take a vacation to orbit our planet for a couple of weeks and return safely.

With Starship and Super Heavy, most international long-distance trips would be completed in 30 minutes or less. In addition to vastly increased speed, one great benefit to traveling in space outside of Earth’s atmosphere is the lack of friction as well as turbulence and weather.

Imagine most journeys taking less than 30 minutes with access to anywhere in the world in an hour or less. Once Starship is operational, SpaceX plans to seek regulatory approval to use Starship for Earth-to-Earth travel.

The spacecraft will be capable of transporting up to 1,000 passengers at hypersonic speeds to point-to-point destinations. It will circle the entire planet in under an hour, faster than airplanes. This feature will also be useful for national security.

The U.S. military could use this feat to transport crew and massive amounts of cargo both to space and to destinations across the globe. Launch and re-filling As it ascends from the launch pad, the combined Starship system will begin to pitch over towards the intended orbit.

When the upper stage separates in space, Super Heavy flips over while falling back towards Earth. As it descends, Super Heavy will deploy steel structures called “grid fins”, shaped a bit like potato waffles, from the sides of the booster.

These will help steer the rocket stage back towards its launch pad so it can be flown again. Previously, SpaceX had wanted to ignite Super Heavy’s Raptor engines to guide it down to a precision landing on six steel legs.

SpaceX does something similar with the first stages of its Falcon 9 rockets, landing them safely on landing pads and drone ships after a launch. But this thinking has since changed: SpaceX now plans to catch the falling booster using an arm on the launch tower.

This is the structure that provides engineers and crew members with access to the spacecraft and rocket while they are sitting on the pad before launch. Meanwhile, the Starship upper stage could be inserted into a “parking orbit” after separation, allowing it to be re-filled with propellant. “If you just fly [Starship] to orbit and don’t do any refilling, it’s pretty good — you’ll get 150 tonnes to low-Earth orbit, and have no fuel to go anywhere else,” Musk explained during a conference keynote speech in 2017.

“If you send up tankers and re-fill in orbit, you could re-fill the tanks up all the way to the top, and get 150 tonnes [of payload] all the way to Mars.” To re-fuel, the spacecraft would dock, or mate, with another Starship – already circling the Earth – that acts solely as a propellant depot.

“The two ships would actually mate at the rear section. They would use the same mating interface that they use to connect to the booster on lift-off,” Musk said in 2017. “To transfer propellant it becomes very simple: You use control thrusters to accelerate in the direction that you want to empty.”

During an update on the SpaceX Starship program, Elon Musk just showed off a brief clip that explained part of the plan for using these vehicles to reach Mars.

It involved a Starship in orbit around Earth, meeting a similarly-sized vehicle to refuel before it goes on the long trip to another planet. Musk has long touted his desire to make human life “multi-planetary” and expressed this as the way to achieve his goal.

Thanks for reading till the end. Comment what’s your opinion about this information “Elon Musk Give New Update On Starship New Nosecone Design“.